Just What The Patient Ordered 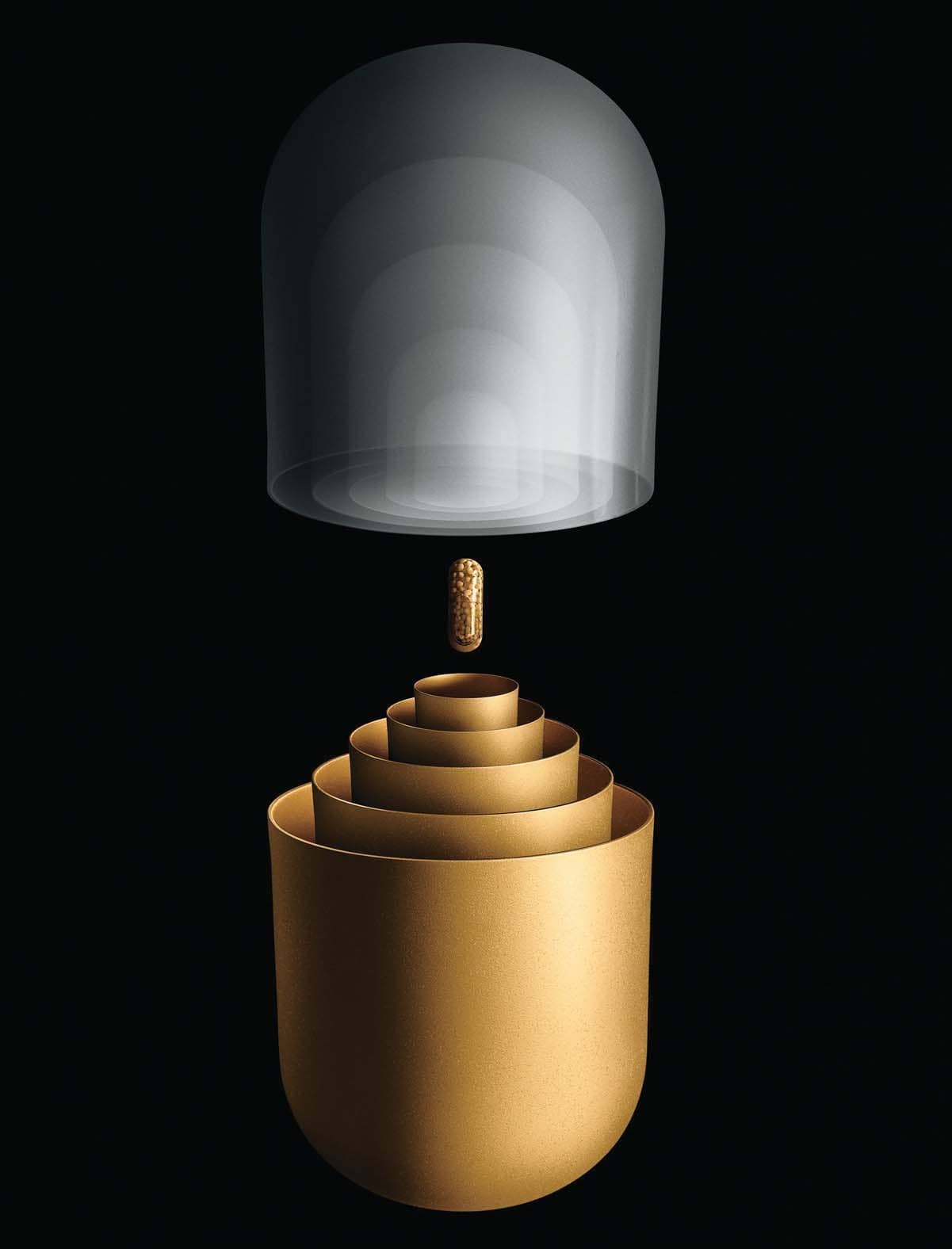 A slew of well-funded startups are making it easier than ever to get prescription medications online, turning patients into customers—and doctors into something akin to assembly-line safety inspectors. As with everything, there are side effects.
Yasmin Gagne and Burt Helm

For customers of Hims, the online retailer of hair loss and erectile dysfunction remedies, the promise of renewed youth and vigor arrives through the mail in a simple beige box. “Future you thanks you,” reads the sans serif type under the top flap.

Nestled inside (depending on your order) are ivory-colored cloth bags and bottles filled with pills, gummies, ointments, sprays, shampoos, and—is that a whiff of sandalwood?

“If we can make each point of the [medication] experience amazing and beautiful, hopefully the outcomes will be a lot better,” says Andrew Dudum, the CEO of the two-year-old company, which sells generic versions of prescription drugs like Viagra, Cialis, and Propecia, as well as over-the-counter cures, such as a spray that claims to prevent premature ejaculation. “As a Hims customer, you’ll have a lot of surprises in your box,” he adds, referring to how the company includes playful letters, candles, and even the occasional cologne- scented strip to heighten the multisensory experience of medication delivery. “One thing the [traditional] healthcare system doesn’t do is make you smile.” Even the most sophisticated pharmacists have to concede that, until now, prescription medicine hasn’t offered much of an unboxing experience.

Over the past few years, venture firms such as Maverick Capital, Kleiner Perkins, and Forerunner Ventures have plowed some $500 million into online startups that are seeking a slice of the estimated $61 billion Americans spend out of pocket on prescription drugs every year. And they’re doing it by making drug buying convenient, discreet, and even— why not?—fun. Hims, which raised a $100 million Series C in January at a valuation of $1.2 billion, launched a sister brand last fall, called Hers, which offers prescription acne medication, a female libido enhancer, birth-control pills, and anti- anxiety medication alongside hair- strengthening supplements. Ro, which has reportedly raised $176 million at a $500 million valuation from the likes of FirstMark and Initialized Capital, has three sub-brands: Roman for men’s sexual health, Zero for smoking cessation, and Rory to treat symptoms of menopause, among other things. Birth-control startup Nurx has raised more than $41 million from investors and boasts Chelsea Clinton on its board. San Francisco– based Lemonaid Health, founded in 2013 and the forerunner of the bunch, now sells medication for more than a dozen different conditions, including cold sores and depression. 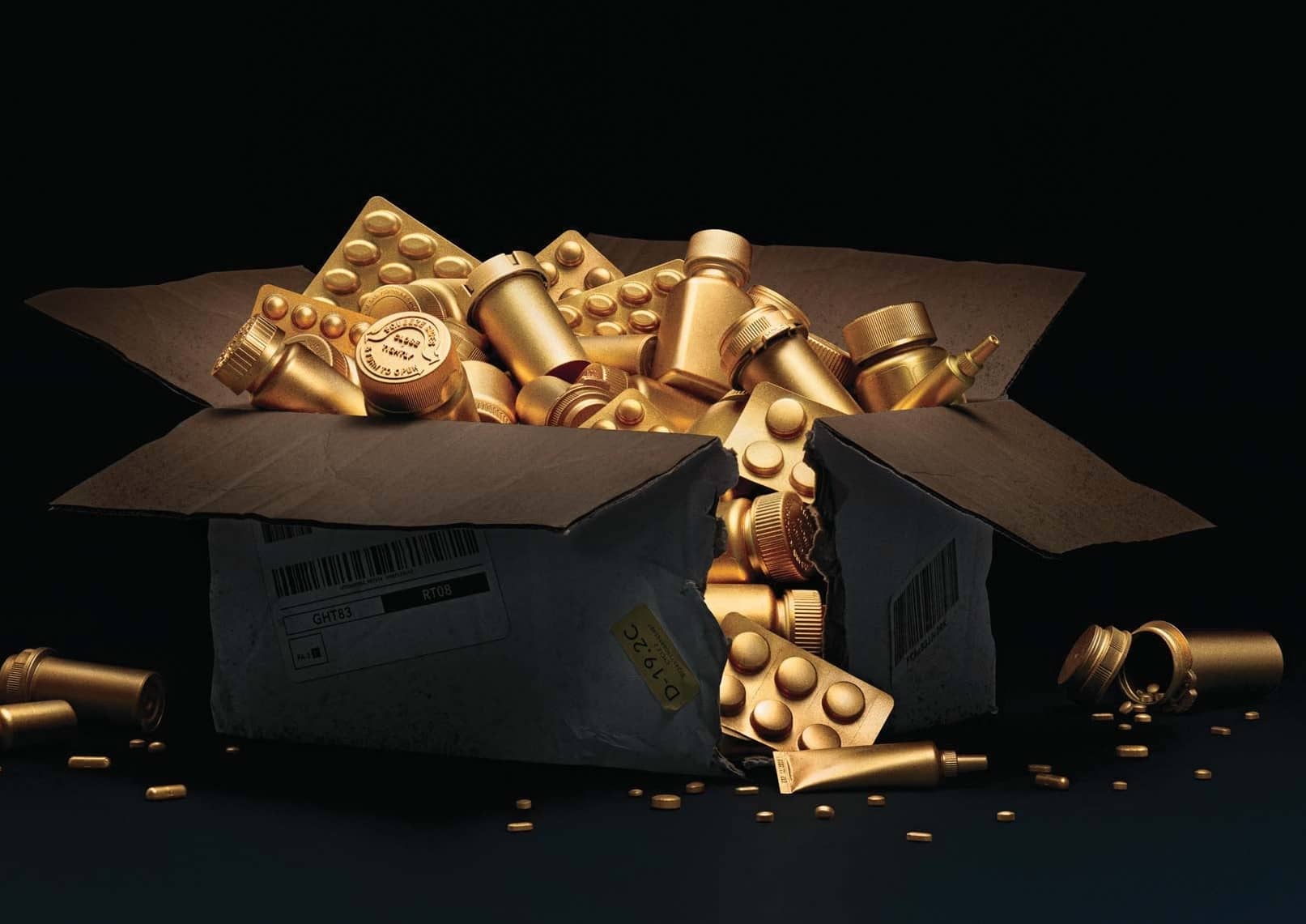 In many ways, these online drug peddlers represent the apotheosis of the direct-toconsumer sales model: They take a commodity product (generic medication), simplify the buying process, dress up the packaging, and sell it at a markup, often via a monthly subscription. (Like many a nascent direct-toconsumer startup, these companies are also burning through cash in an effort to acquire new customers.) It’s similar to what companies such as Dollar Shave Club and Glossier do for razors and cosmetics, except instead of circumventing traditional retailers, the telemedicine startups skip the brick-and-mortar pharmacy and replace the in-person doctor’s exam with an online one, sometimes via a video or a phone call, but often merely through an online questionnaire and brief email correspondence. “As consumers, we’re used to accessing almost everything else online,” says Paul Johnson, cofounder and CEO of Lemonaid. “Why shouldn’t we access healthcare online if it’s clinically appropriate and done the right way?”

For now, Hims and its ilk are keeping things simple: They focus on treating a handful of low-risk conditions with medications that have a small incidence of side effects, and they often offer their services cheaply enough that patients can afford them without health insurance. But champions of the model believe that it could become a powerful and flexible tool to prescribe and sell medications for all sorts of chronic conditions—tempting even Big Pharma companies, which already spend tens of billions of dollars persuading people to take their pills, into e-commerce.

The approach is especially suited to today’s Americans, more than half of whom suffer from some sort of chronic condition—and who are increasingly eschewing primary-care doctors. Only 45% of 18-to-29-year-olds even have a primary-care physician, according to a poll from the Kaiser Family Foundation, often due to lack of access or health insurance. In a certain light, offering relatively affordable medications—and medical consultations— online would be a simple fix to some of what ails the healthcare system. But as these startups grow and their model catches on, the balance of power in healthcare could shift profoundly, with big-spending tech startups and pharma companies exercising increasing influence over patients’ drug decisions—and doctors relegated to performing safety checks by the (virtual) cash register.

Matthew Roberson, a 44-year-old familymedicine physician who used to work in a Dallas clinic, begins his shift as a gig-economy doctor by sitting down at his desk in his apartment in Pahrump, Nevada, and logging in to the Hims online portal to see which customer the system has matched him with.

He checks the person’s scanned ID first, to ensure that it’s valid and from one of the five states where he’s licensed to practice. (He also checks that the photo resembles an additional picture uploaded by the user.) Next he checks