How Failed JC Penney CEO Ron Johnson Is Redeeming Himself 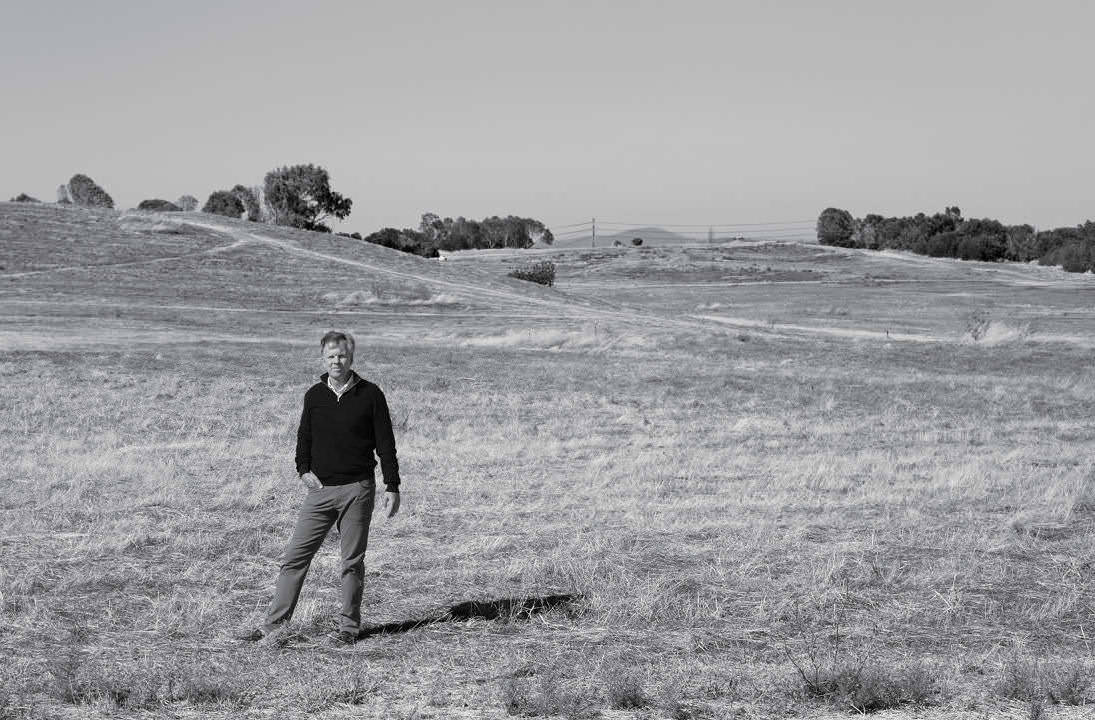 The man who helped make Target cool and Apple Stores the most successful retail concept ever was severely humbled after flaming out at JCPenney. Only a startup could save him.

Most mornings, Ron Johnson rises just after 4 a.m., without the use of an alarm clock, and sets off on a five-mile run. “My strategy is if I wake up before 3 a.m., I go back to sleep,” he explains to a group of his employees, a dozen men and women in their twenties who listen with a mix of awe and a little horror. Next, he hits 50 chip shots in his backyard in Atherton, California—“because your short game matters”—and then, as the sun is coming up, he spends a couple of hours answering emails.

Johnson’s goal is to get his blood flowing before he ever sets foot in the offices of Enjoy, the Silicon Valley e-commerce startup he founded last year and which officially launched in May. He tries to spend the entire workday in meetings, usually receiving updates and conducting informal reviews with groups of employees like this one.

Johnson has a desk with a computer on top of it, but he almost never sits there, and although he carries an iPhone, he mostly gestures with it. In my time with him, I never once saw him even glance at the screen. “Anytime you’re going to your phone, it’s a withdrawal from a relationship,” Johnson says. “The team needs to feel your presence, your concentration, your interest.”

Johnson, 56, has found that he can be efficient this way, so much so that on most days he heads home around 3 p.m. Family matters to him—he’s married and has a daughter, 20, and a son who’s 18—and, as he explains, he’s not as young as he once was. “You’ll find, when you get older, the cycles tend to get the better of you,” he says, leaning back in his chair, allowing his legs to slide forward and his hands to fall behind his head, as he breaks into a wide smile.

His audience, part of a team that delivers high-end consumer electronics to people’s homes, laughs politely. Many of them started their careers at the Apple Store, which Johnson helped create, so they regard him as a hero, and also as a bit of an alien. Although we are sitting in the offices of a small Bay Area tech company, the CEO is dressed as if he’d just stepped off the back nine at Pinehurst—white Lacoste polo shirt, light-blue trousers, athletic socks, and golf shoes. Johnson’s background, habits, and mannerisms run contrary to just about every stereotype about what makes for a successful startup CEO.

Most tech company founders are coolly rational engineers; Johnson is a marketing guy with strong emotions and a penchant for showmanship. He is a regular churchgoer, a man of faith. Most Silicon Valley founders are proud workaholics; Johnson sports a tan acquired during a nearly monthlong summer vacation on the French Riviera. And then there’s the age thing: Johnson is almost twice as old as the typical founder of a venture-capital-backed tech startup, according to a Harvard Business Review study.

Still, he is among the most accomplished retail minds of the past two decades, having orchestrated the design partnerships that turned Target, the Minnesota-born discount chain,into Tar-zhay, the middlebrow mega-retailer, while developing a playbook that H&M, Uniqlo, and many others have copied. Johnson’s work at the Apple Store created a business that makes more money per square foot than any other retailer in America and helped to transform a geeky niche brand into one as ubiquitous, beloved, and profitable as any American company in history.

Then, he had the audacity to attempt one of the most ambitious business turnarounds in modern memory—remaking JCPenney, the ailing department store chain. Even after the public humiliation of his firing, Johnson could have found work with any number of other struggling retailers, become a very well-paid consultant or investor, or even retired. Instead he is going for broke, having raised $80 million from Kleiner Perkins Caufield & Byers, Highland Capital Partners, and Andreessen Horowitz, among other investors, including Johnson himself, to found Enjoy. The company sells consumer electronics via the web—AT&T iPhones, GoPro video cameras, Sonos speaker systems, DJI drones—and has its couriers, or “Experts,” in Johnson’s parlance, act as modern-day Maytag Men, hand-delivering the items in as little as four hours (currently in the San Francisco Bay Area and New York) and giving customers lessons on how to use them. The company offers service calls, too, with Experts showing up at your house and helping you learn how to use your digital camera or smartphone. The cost is $99 per visit, though it’s free if you buy something through Enjoy. “What we’re trying to do is deliver unimagined customer experience,” Johnson says. “It’s better than a store, it’s the same price as online, and it’s faster than even Amazon Prime.”

Enjoy, like all startups these days, dreams of both changing the world and becoming an insanely valuable enterprise. But for Johnson, Enjoy is more than even that. It’s a chance to find himself.

“If you have thoughts, jump in,” Johnson says to me as he convenes a 9 a.m. meeting with eight employees in Enjoy’s Menlo Park headquarters late this summer. “Why not?” Having started his career as a trainee at Mervyn’s department stores, he runs Enjoy like a retail manager, paying little attention to hierarchy, preferring huddles to one-on-one meetings, and asking for direct feedback from anyone who happens to be in the room.

At the time of our meeting, Enjoy is about a month away from the biggest day in its brief history: the launch of Apple’s new iPhones 6s and 6s Plus. Thanks to a deal Johnson made with AT&T, hundreds of the carrier’s customers in Enjoy’s delivery areas are expected to buy phones each day, which means that the company’s Experts will have to hustle to fulfill all of those orders. But for the partnership to work for Enjoy, AT&T customers need to see the service as more than merely free delivery. Johnson slouches in his chair, sips from a big bottle of Smart Water, and counsels the group packed into a small conference room. “You’re in the relationship business,” he says. “The measure of success is if they come back” and buy something else. “You don’t go on a date to see the movie; you go to a movie because you’re interested in a relationship.”

Enjoy’s Experts hope they’ll be able to form emotional bonds with these new customers, but they will also need to gather a raft of data, including email addresses and their technology preferences, so that Enjoy will be able to market to those customers directly. The current plan is to do this through a survey on an iPad, but Johnson thinks that sounds a little tacky. “What if the Expert could do it through a natural conversation?” he asks. “That’s very different from ‘Give us all your information.’ ” He suggests that the Expert memorize the responses to input later, the way waiters at fancy restaurants take orders without a notepad.

Johnson, who grew up in Edina, Minnesota, is still very much the humble Midwesterner— he often begins sentences with “my instinct” or “my intuition”—but there’s no doubt who is in charge. When the company’s head of supply chain, Omar Devlin, a former Apple operations guru, suggests that Enjoy shoot to have its Experts show up on time 95% of the time, which he says would be an appropriately impressive, and achievable, goal, Johnson starts to lose his composure. “Ninety what?” he asks. “Ninety-five percent would be a very good accomplishment. But 98% is a better goal.” When I ask Johnson about it later, he tells me that he rarely prepares for meetings, choosing instead to react emotionally to what’s being discussed. “I want to create a space where everything is in the moment.”

Johnson is full of these Zen-like aphorisms, often telling employees to “ruthlessly eliminate hurry.” He projects this calm in part by hurrying when nobody is looking. “Underneath that calm is a boiling cauldron,” says Bill Campbell, a former Apple board member and a longtime friend of Johnson’s.