How Did The Starbucks 'Race Together' Campaign Go So Wrong? 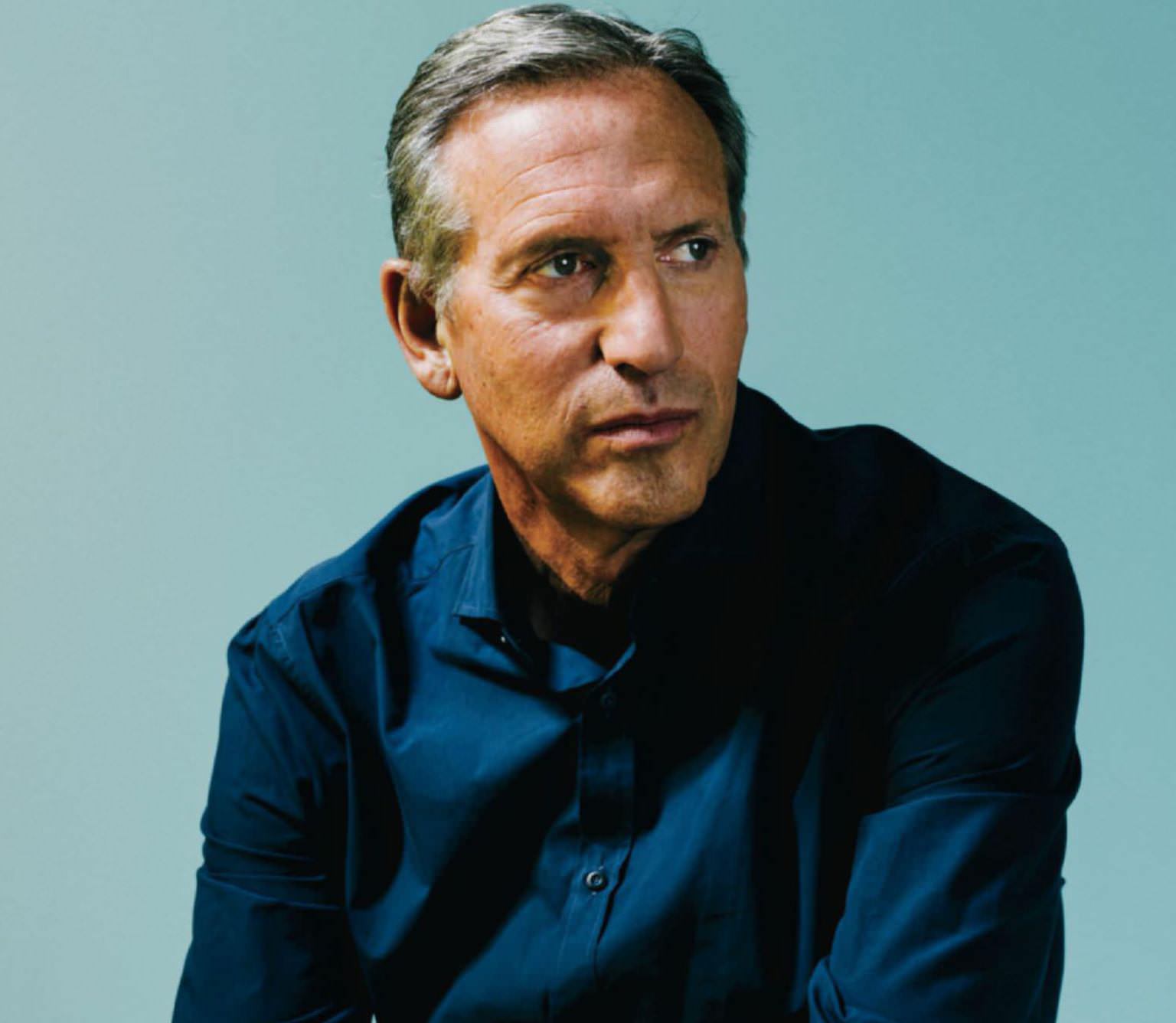 Starbucks CEO Howard Schultz has always tried to do right by his company, his customers, and his country. So why did his Race Together campaign go so wrong?

Howard Schultz doesn’t have all the answers.

It’s early April, just five days after a police officer fatally shot Walter Scott, an unarmed black man, in South Carolina, and the Starbucks CEO is on stage at Spelman College, the historically black institution of higher learning for women. He’s here for a panel discussion with United Negro College Fund chief Michael Lomax and Spelman president Beverly Tatum, author of the best seller Why Are All the Black Kids Sitting Together in the Cafeteria? Schultz is seated in an awkwardly large white sofa-chair, fielding tough questions from the crowd, mostly black students who have come to hear this white, 61-year-old billionaire speak about racial inequality.

Not long ago, he might have looked more out of place. But the crowd already knows that the head of the world’s largest coffee company is willing to thrust himself into this emotionally charged issue. Only three weeks earlier, he made waves with Starbucks’s “Race Together” initiative, an effort to spark a national dialogue about race in response to the killings of Michael Brown and Eric Garner two other unarmed black men and subsequent civil unrest. It was a bold idea that backfired. Starbucks had encouraged its baristas to write race together on the cups of coffee they served and engage customers in conversations. But critics lampooned what came across as a superficial gesture, and the backlash exploded onto social media, where Race Together received 2.5 billion impressions in less than 48 hours—much of it, Schultz complains, driven by a barrage of negative tweets filled with “visceral hate and contempt for the company and for me personally.”

Yet Schultz tells the audience he isn’t backing down. In fact, this event is his second two-hour forum on race today. Earlier this afternoon, he met with nearly 400 Starbucks employees (called “partners”) at the Fox Theatre in Atlanta, which marked his 10th symposium on the subject in the past three months. At that event, the partners greeted him like a hero, snapping selfies and getting autographs before engaging in town hall–style group therapy, filled with tears and soul-searching discussions, employees professing love for what Starbucks and Schultz stand for (“You’re the reason I’ve stayed 14 years”) and sharing deeply personal experiences with racism. Schultz, dressed in a black suit, listened and responded in heartfelt ways. When a young black barista broke down while talking about the discrimination she faced in a past job and how working at Starbucks is the first time she’s ever not felt “disposable,” Schultz leaned forward, held her hand, and gently touched his palm to her cheek to wipe away her tears.

The mood at Spelman is far more subdued. There are no tears, no constant rounds of applause. “This is not an easy thing for me to do, candidly,” Schultz says. The students here want real answers—concrete ideas that would address the disparities in this country—not just conversation. When Schultz references an education initiative he recently launched, in which Starbucks will cover tuition for its U.S. employees working more than 20 hours per week who enroll in an online college-degree program from Arizona State University, Tatum asks whether Starbucks considered paying for them to attend traditional, class-based institutions with proven track records and lower attrition rates, like Spelman. “I didn’t expect that question,” says Schultz, looking genuinely caught off guard.

This is a position Schultz finds himself in frequently these days. By wading into unchartered waters for a CEO, he’s often out of his depth. But some dog-paddling is worth it to him as he tries to figure out the answer to a larger question he’s increasingly preoccupied with, which he asks at Spelman: “What should the role be for a for-profit, public company in [this] world?” He continues, “Over the last two to three years, we’ve taken on a number of issues that, for the most part, were absolutely untouchable for a company, let alone for a company as ubiquitous as Starbucks.”

Schultz believes corporations have obligations to society beyond what tangibly impacts their bottom lines. And with 22,000 stores and 75 million customers per week, Starbucks can certainly influence public discourse. In an age of the Koch brothers, Hobby Lobby, super PACs, and Washington lobbyists—a time when “corporations are people,” as Mitt Romney phrased it—Starbucks wants to make its values felt. The truth is, the role of a corporate leader is evolving. Tim Cook’s personal advocacy for gay rights has proven more popular than his company’s Apple Watch, and Sheryl Sandberg is more famous for her support of gender equality than for her role at Facebook. “We’re at a tipping point where businesses need to step up and take a lead with moral and ethical voices, and call out the things that are harming people and the planet,” says Rose Marcario, CEO of Patagonia a company Schultz admires for seamlessly blending its beliefs into its brand.

Schultz has long championed corporate social impact, but his high-profile push on the issue of race has some from both the business world and the black community wondering whether there’s a limit to the growing trend of what’s known as “CEO activism.” As he plots the future of Race Together, Schultz faces deep challenges and perhaps even deeper cynicism. He’s also creating a blueprint for other CEOs to learn from even if it’s learning what not to do.

“I feel we’ve been called to do this,” Schultz says on stage. “Along the way, there are going to be some mistakes.”

When Schultz took over Starbucks in 1987, it was a fledgling empire  with just 11 locations, but he already had a higher purpose in mind. Schultz believed that warm and inviting interactions between baristas and customers would make a Starbucks store feel like another home. He believed that investing in his employees Schultz boasts that Starbucks was the first U.S. company to offer comprehensive health care coverage and stock options to part-time workers  would also yield rewards. Indeed, moves like these have kept employee turnover rates down and morale up a major hurdle for any company with a low-wage, hourly workforce which, in turn, has led to happier customers. “This is not altruistic; this is business. Values are a big part of both the balance sheet and the income statements of Starbucks it’s behind the performance,” Schultz tells me in late April at Starbucks’s Seattle headquarters, over French-pressed Sumatra he’s just brewed himself. “You can’t attract and retain great people if your sole purpose is to make money, because people, especially young people, want a sense of belonging—to be part of an organization they really believe is doing great work. You can’t create that emotional attachment if you stand for nothing.”

“Let me put it to you this way: If we didn’t get an ROI, these things would be a lot harder to do,” says Matt Ryan, Starbucks’s chief global strategy officer. The company’s recently announced goal of hiring 10,000 military veterans and spouses by 2018, for example, means that Starbucks will be gaining a feet of largely disciplined, top-notch employees. Its “College Achievement” initiative with ASU, which the company estimates will cost $250 million over the next decade, is another investment in the future. “We think it’s worthwhile to invest those dollars,” says chief community officer Blair Taylor. “You’ll work for us [during those four years]; we believe you’ll stay longer because of what we did; and even if you leave the day after you get your degree, we believe you’re going to be a lifelong customer of Starbucks. Because we sent you to college!”

Not everyone is buying it, however. “I don’t see this as some new trend of wonderful CEOs,” says Nelson Lichtenstein, director of the Center for the Study of Work, Labor, and Democracy at the University of California, Santa Barbara. “I see a certain institutionalized arrogance, where CEOs have been given the right to mouth off on whatever they feel like.” Schultz argues that his public-oriented endeavors are “not marketing—this is not PR,” but the truth is that they’re A-grade PR—marketing so camouflaged in genuine, magnanimous intentions that it’s hard to tell it apart from philanthropy. Starbucks’s efforts recently landed Schultz on the cover of Time, touting his presidential aspirations, and a barista on the cover of The Atlantic, which teased, “Can Starbucks save the middle class?”

With Race Together, though, there’s simply no obvious corporate benefit. If anything, the potential downsides far outweigh any ostensible ROI. (Even Lichtenstein acknowledges there are a lot of “land mines for a white Jewish guy” talking about race.) Matt Ryan, whose team crunched the numbers for its education and veteran initiatives, says that there wasn’t even any financial forecasting done in advance.

So where did the idea come from? The seeds can be traced back to December 2014, when the company held a grand opening for its Reserve Roastery, an upscale coffeehouse and tasting room in Seattle’s trendy Capitol Hill neighborhood. Schultz couldn’t get his mind off the racial protests dominating the national headlines in the wake of the grand jury decision in Ferguson, Missouri, not to indict Darren Wilson, the police officer who killed Michael Brown. “We were by the restrooms, and I don’t even know how we got on the conversation of race we’d been talking about how the Roastery was doing,” says Starbucks retail EVP Chris Carr, who is black. “I’ve spent 30 years in the corporate environment, and there’s always been an unwritten policy that you don’t talk about politics, religion, and race, but he just started asking me about it, and saying he felt like no one was paying attention to the civil unrest. I told him, ‘Howard, frankly, I think it’s a crisis.’ ”

Carr told Schultz about the dinner-table discussions he’d had with his kids regarding Ferguson. (“My daughter told me she feels like my generation let her down, that we’d become too complacent, which is hurtful for a parent to hear.”) When Schultz’s wife, Sheri, arrived, they decided to delay their post-opening dinner plans to talk more. “I remember him saying, ‘I don’t know what to do, but I have to do something,’ ” Carr recalls.