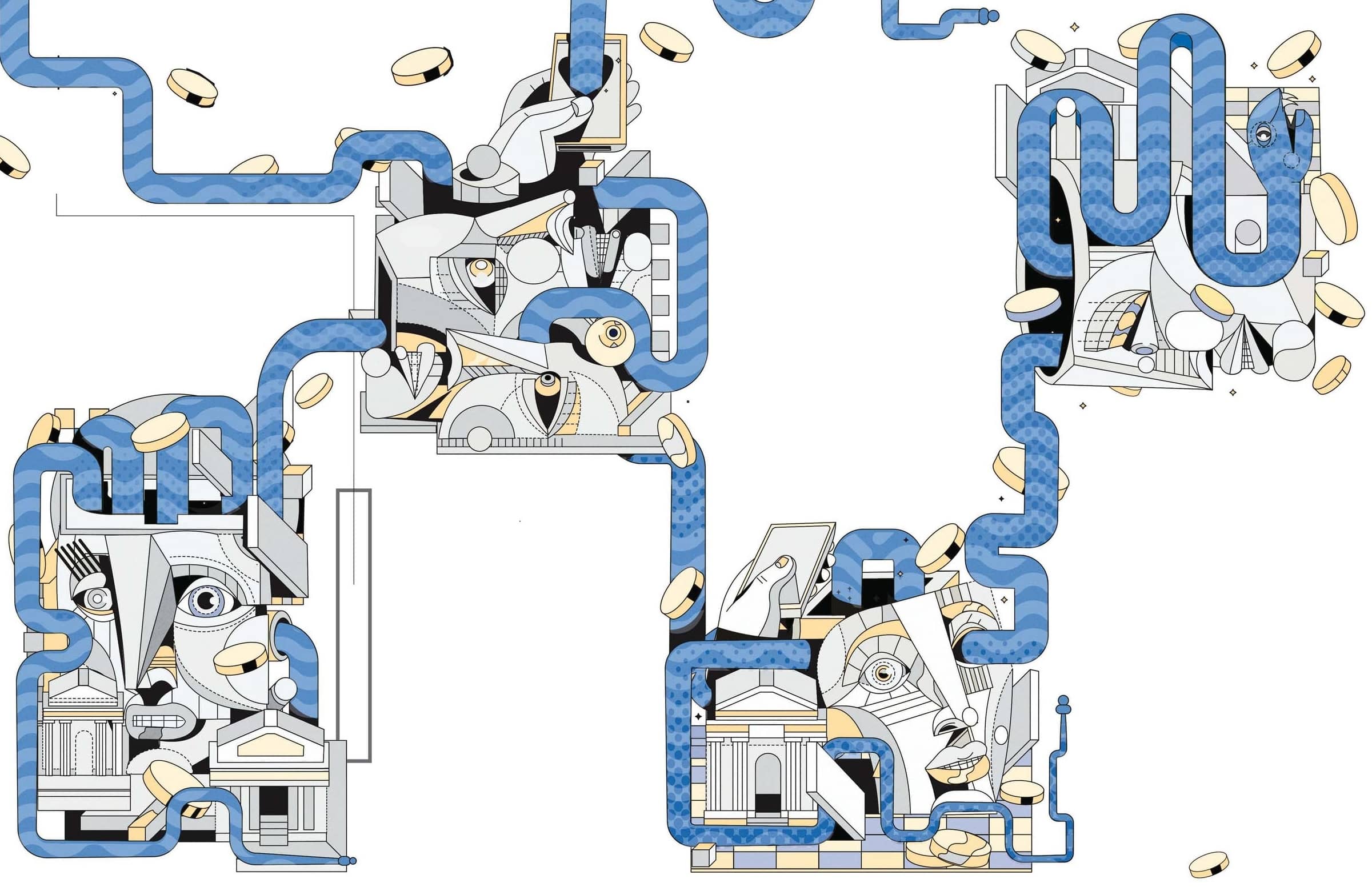 The only social networking system left for the tech behemoth to conquer is the original one: money.

The global digital currency that Facebook recently announced plans to develop. This past summer, the internet went ablaze trying to explain what Libra “really” is. A true cryptocurrency? (Depends on which nerd you ask.) A potential threat to the global financial system? (Jerome H. Powell, chair of the U.S. Federal Reserve, thinks so.) An innocent attempt to bring innovative fintech options to developing nations where banks are ripping people off . . . so can everybody please just chill? (That’s Facebook’s own take, paraphrased from a slightly exasperated-sounding July blog post by David Marcus, the Facebook executive spearheading Libra.)

Libra might be all of these things, or none. We won’t know until 2020, when Facebook plans to launch it, if it launches it at all—House Financial Services Committee chair Maxine Waters, Democratic senator Sherrod Brown, Treasury Secretary Steven Mnuchin, and even President Trump all seem keen to kill Libra in its crib. But it’s important to grasp the goal of the project, if only because it reflects a dramatic escalation in ambition for a company that already claims one-third of the planet’s population as users. If Facebook succeeds even modestly with its plans for Libra, everyone could be affected.

To understand Libra, start with this: Facebook has already won. Boasting 2.7 billion monthly users across four world-eating platforms (Messenger, Instagram, WhatsApp, and Facebook itself ), Mark Zuckerberg’s social networking business is the biggest on Planet Earth. Threats to the company now come from within. Illicit data harvesting by Cambridge Analytica; election interference by Russian operatives; a genocide in Myanmar sparked on Facebook’s watch: These aren’t run-of-themill business problems; they’re empire problems. And they stem from the kind of systemic instability that all empires—including the Rome of Zuckerberg’s oft-cited hero, Caesar Augustus—inevitably face.