Dyson: The House That Suction Built 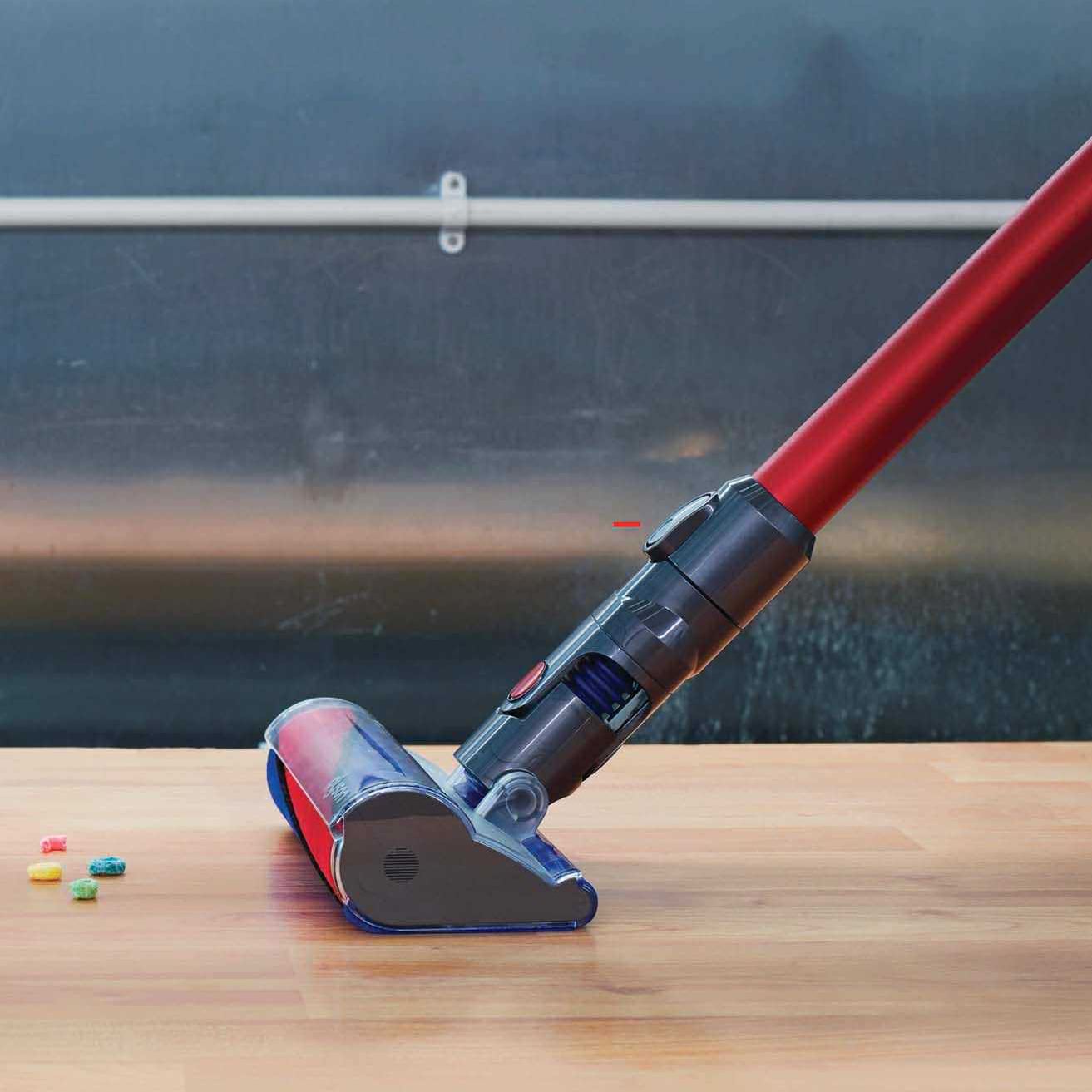 Can the pioneering vacuum maker transform itself into a full-blown tech company? An exclusive peek inside the house that suction built. 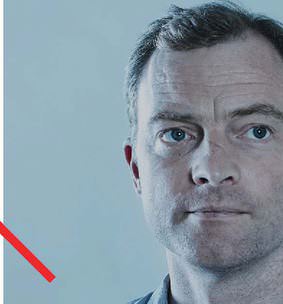 Sir James Dyson, inventor and honorary Commander of the Order of the British Empire, works out of a glass-walled office on the second floor of Dyson world headquarters, in the village of Malmesbury, 100 miles west of London. The space is airy and bright, and filled, museum-style, with tokens of Dyson’s design influences: a book on the history of the Toyota corporation, an old but durable plastic Sony flip phone, a toy 1961 Mini Cooper, a die-cast model of a 1970s-era Hawker Siddeley Harrier warplane. “The Harrier was a revolutionary machine,” Dyson tells me. “It could take off and land vertically, and it had a one-piece carbon fiber wing that made it very, very light. It wasn’t the fastest battle plane out there, but it was the one all the RAF pilots wanted to use, because its extreme lightness made it so maneuverable. And, of course,” he emphasizes, “it was a British invention.” A few years ago, Dyson located a real-life decommissioned Harrier jet on the Internet and paid to have it hauled from an airfield in nearby Essex to Malmesbury. It now sits at the main entrance to Dyson HQ, directly beneath the founder’s office windows.

At 6-foot-1, Dyson is all angles—jutting jaw, slender fingers, pronounced cheekbones. In commercials, and in the photographs that appear on the boxes of Dyson vacuum cleaners, he typically eschews glasses, but around the office, he favors a round pair that give him an owlish look and amplify the intensity of his blue eyes. On the June day we meet, he is wearing a steel-strap Suunto Ventus watch, along with a button-down shirt and drawstring pants designed by his daughter, Emily, who owns a popular boutique in London. He apologizes for running late: He’d spent the afternoon downstairs in the R&D lab, inspecting prototypes. “It was difficult to break away,” he says. “I can’t man the lathe anymore, but I can be down there every day, going from project to project.”

Dyson is 68. His air-circulation product enterprise, which did a company-record $2.1 billion in global sales last year, has given  him a net worth currently estimated to be just shy of $5 billion. Not surprisingly, he is frequently asked if he will ever take the business public. He always demurs. “I’ve always thought it depended on what kind of company you wanted to be, whether or not you bring in other shareholders,” Dyson says. “Our interest is in technology and engineering and design, and as a family business, we are able to keep the focus and philosophy there. We’re able to think very long-term, to develop technology that might be 20 to 25 years away. We can afford to do it. We can afford to make mistakes without anyone being sacked. We can take a long-term view of everything.”

He gestures to the products lining the walls of the room, a highlight reel from Dyson’s 22-year corporate history that seems to prove his point nicely: The DC01, the first Dyson vacuum cleaner built for the U.K. market, and a national best seller. The DC07, with its Lamborghini-yellow paint job and translucent bin. The digital-motor-powered V6 Absolute, a cordless wonder that retails for a cool 500 bucks. The Airblade hand dryer. The circular Air Multiplier—essentially a fan without blades—and its elliptical, climate-controlling cousin, the Hot + Cool. With this kind of success, Dyson acknowledges, there is always the temptation to “rest on your laurels, to slap your name on more products, to think purely in terms of business decisions. But,” he smiles, “that’s not where I’m headed.” 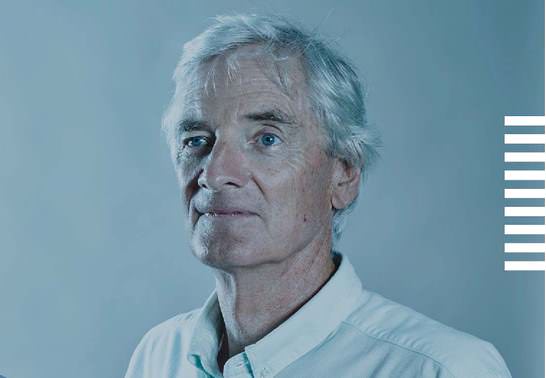 Instead, Dyson is aiming for a bold and potentially risky expansion of his brand, which some employees have taken to calling “Dyson 2.0.” Last year, the company broke ground on a more than $400 million technology campus adjacent to the Malmesbury headquarters. When it is completed next year, it will house 3,000 designers and engineers. Already, the company has brought in hundreds of software and computer hardware specialists and tripled the size of its engineering staff. The company currently funnels $2.5 million into R&D every week; it has spent $8 million on a cutting-edge robotics research lab at Imperial College, in London, and put another $15 million in the American-based solid-state battery company Sakti3. 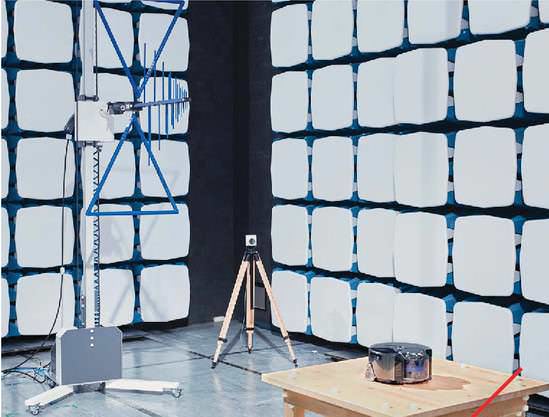 In coming months, the technology campus will serve as a launching pad for a range of new verticals, some of which Dyson has disclosed (robotics), some of which seem imminent (the Sakti3 investment appears to indicate a further interest in household electronics), and some of which are entirely classified. Meanwhile, a few months before I arrived in Malmesbury, Dyson announced it was acquiring the LED lighting company founded by James’s eldest son, Jake, and bringing Jake on board as a senior executive. (Jake and his younger brother, Sam, the owner of a record label, Distiller, both have seats on the board of directors.) Jake’s lights will be sold under the Dyson name; all manufacturing will be transferred to the Southeast Asian facilities used by Dyson proper, and Dyson will gain market share in yet another industry.

If Dyson has no interest in an IPO, does Jake’s new role at the company signal that he might at least be looking to step back a bit? Dyson swears to me that he has zero interest in retiring; the very word sent him jolting forward in his leather chair. “No,” he says. “No, no, no.”

Still, it’s impossible not to see all of the changes underfoot at Malmesbury—the new campus, the new products, the newly empowered son—as an effort to look forward to the next act in Dyson’s evolution as a brand, one that will be defined, at least in part, by a fresh influx of talent and ideas. If it succeeds, Dyson might no longer be known as a cutting-edge appliance company, but as a cutting-edge technology company, full stop.