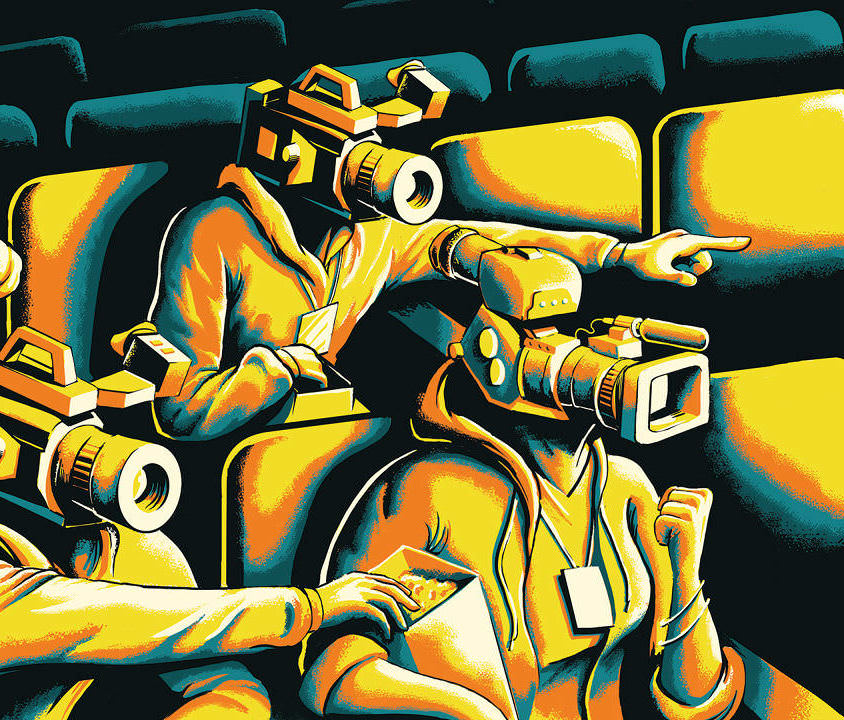 Now that Netflix and Amazon have proved that outsiders can thrive in Hollywood, the world's largest tech companies Alibaba, Apple, Facebook, and Google are launching their own plans to get in on the act.

The Imperial hotel has been a fixture on park city, Utah's main street since it opened in 1904. originally a spot for weary miners, it captured the imagination of Hollywood when an independent film festival came to town and its central location helped make it a hub for 10 days each January. It’s reputedly home to Park City’s most famous ghost, Lizzy, a prostitute who was killed by her husband. Legend has it that Lizzy still flirts with men there. During this year’s Sundance Film Festival, though, the Imperial was haunted by a different spectral presence: Apple.

While other tech companies craved visibility at the annual indie-cinema jamboree—Samsung set up a virtual-reality storytelling village, Airbnb staged a painstakingly curated artist’s retreat called Airbnb Haus, and Uber offered helicopter rides from Salt Lake City—Apple slipped into Sundance practically unnoticed. It set up shop in the Imperial, which was recently converted into a condo-slash–event space. Behind the now unmarked door at 221 Main, Apple hosted private, invitation-only events. On one evening, a group of young filmmakers were treated to cocktails and a farm-to-table dinner put on by the chefs from Eveleigh, one of Los Angeles’s hottest restaurants. The space was as sleek and understated as an iPhone 6S; one attendee described the decor to me as “very beige.” Unlike most Sundance brand-sponsored events, there were no press releases. There were no party pictures. There wasn’t any swag. The iTunes Lounge, as it was known to invitees, was as real to most festivalgoers as Lizzy. Says one guest who was in attendance, “They were definitely talking to the talent.”

The iTunes Lounge was in fact part of a stealth effort by Apple to establish a new, more active role in delivering entertainment. In the weeks that followed, Apple execs were in Los Angeles hearing pitches for original TV series that it plans to launch on an “exclusives” app on Apple TV and within iTunes. Apple wants to work with “triple A-list” talent, according to a source, and build up a roster of must-see shows available only on its platform. Naturally, the talks have been veiled in the utmost secrecy. Producers who have met with Apple will refer to it only as the United Fruit Company. 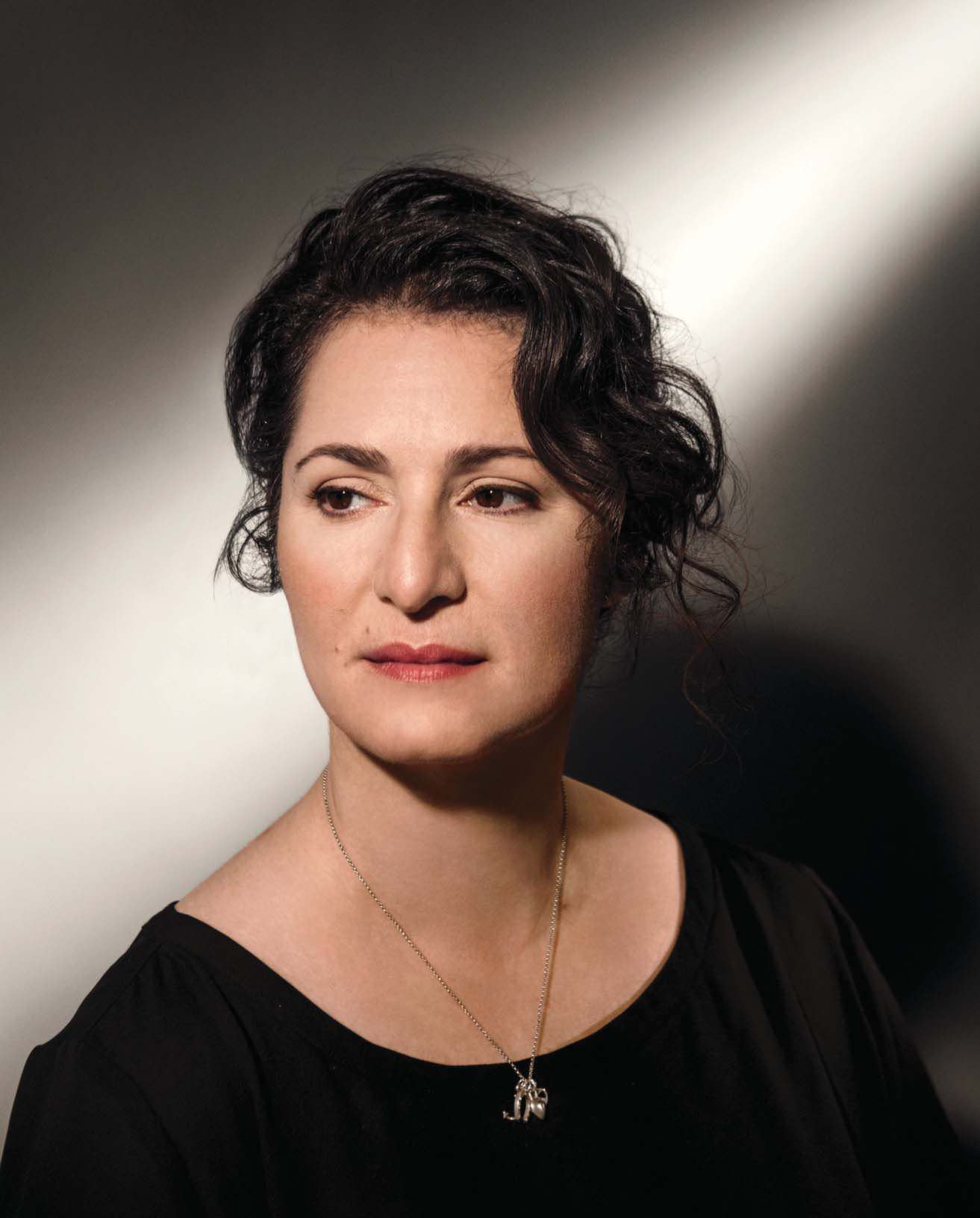 Apple isn’t the only tech giant zeroing in on the entertainment industry. In recent months, three of the company’s largest rivals—Google, Facebook, and Alibaba— have also amped up investment in Hollywood content, each in different ways and with somewhat different goals. Google’s YouTube has launched a new “originals” division that is pairing its homegrown talent with mainstream TV producers and filmmakers as a way to upgrade its typical fare. Facebook is urging—and even compensating—celebrities to live-stream video on its platform. And the Chinese e-commerce company Alibaba is licensing, cofinancing, and developing feature films.

The tech world’s most important players have suddenly embraced Hollywood for two reasons. First, they can no longer ignore the massive success that Netflix and Amazon have enjoyed by producing exclusive, high-quality programming. Since transforming from a DVD–by-mail service into a purveyor of buzzy series like Jessica Jones and Unbreakable Kimmy Schmidt, Netflix has morphed into a $40 billion business, amassed 75 million subscribers, and won Golden Globes and Emmys. Amazon’s forays into original video have helped Amazon Prime add tens of millions of new customers, according to analyst estimates, and awards of its own. This has stoked the competitive landscape. “They are in awe of the clout Netflix carries with both consumers and media companies,” says Blair Westlake, the former chairman of Universal Television and head of media and entertainment for Microsoft. “None of the tech companies have anything that even comes close.”

Second, they see a growing opportunity. The slow but inevitable fraying of the cable TV bundle has sparked a newly intense battle to win over audiences who have never been more in play. “If I stop paying $200 a month for cable and I’m willing to parse out my $200 a month in a more à la carte fashion, is Verizon going to get some of that? Is YouTube Red?” says Jeremy Zimmer, cofounder and CEO of United Talent Agency. “Who’s gonna get it?”

Alibaba, Apple, Facebook, and Google each want a piece of that action. They are among the richest companies in the world, with a combined market cap of $1.5 trillion, almost four times the size of the five largest media conglomerates. Apple alone, with its $216 billion in cash, could acquire Netflix, Paramount Pictures, HBO, and Warner Bros. (all of which observers have suggested CEO Tim Cook actually purchase) and still have plenty left over.

But so far, none of the tech firms seem interested in buying their way into Hollywood. Instead, they want to establish their own presence. “The goal isn’t: ‘We’re going to build Netflix,’ ” says Michael Yanover, CAA’s head of business development. “It’s: ‘We’re going to build our own thing, based on our own strengths.’ ”

At Sundance, Amazon and Netflix, which rely on subscriber growth rather than advertising or individual sales to drive profitability, waved around their checkbooks, buying more films at higher prices than the usual players, according to Variety. They stoked bidding wars for festival darlings such as Kenneth Lonergan’s Manchester by the Sea (which Amazon purchased for a rumored $10 million) and The Birth of a Nation, a slavery drama (which Fox Searchlight bought for $17.5 million, a Sundance record, even after Netflix reportedly bid $20 million). As four of the biggest companies on earth join the competition in an effort to cement their hold on their audiences of more than a billion people each, Hollywood may never be the same. Here’s how their tactics are shaping up—and the implications for the entertainment industry, the tech world, and consumers around the globe.

Apple has been in the entertainment business for a long time—even if the public hasn’t realized it. Eddy Cue, the amiable Apple lifer who oversees the company’s Internet software and services, is a well-known face in Hollywood: He’s been negotiating licensing deals with the studios and networks since the birth of iTunes in the early 2000s, gaining access to content for Apple customers. 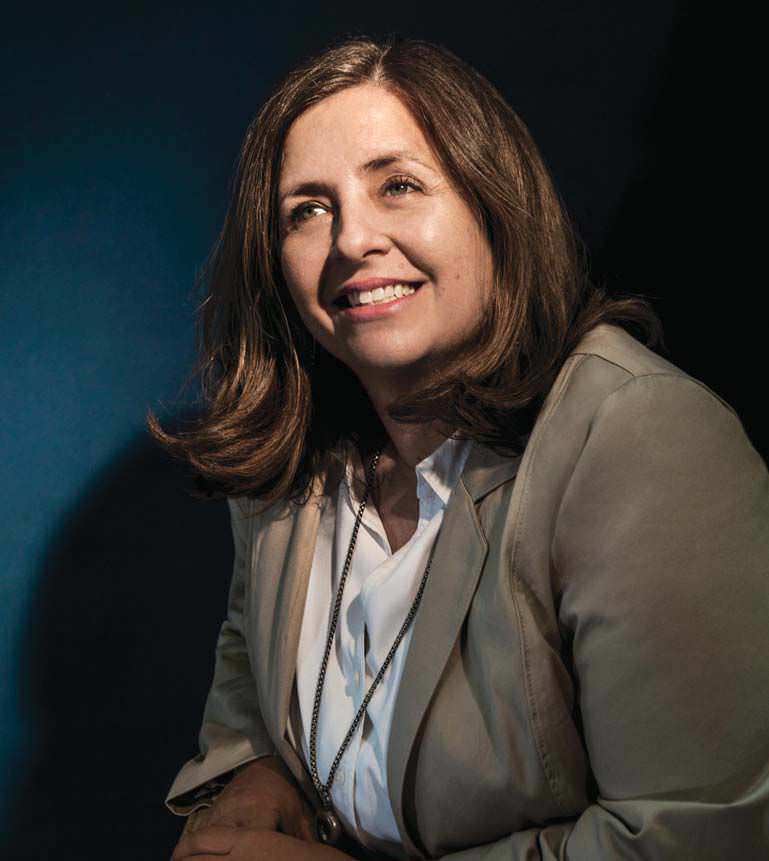 In Apple’s 2015 annual report, the company revealed $19.9 billion in revenue for its services business, which includes sales from the iTunes Store (as well as the App Store, Apple Music, AppleCare, and Apple Pay). Company executives have signaled that it sees these services—notably “apps, movies, and TV shows”—as an important part of the company’s growth strategy moving forward. CFO Luca Maestri explained why during Apple’s quarterly earnings call in January, saying that they’re “tied to our installed base of devices, rather than to current quarter sales.” Translation: Stop obsessing over new iPhone sales and look at how much quarterly revenue Apple can get out of its more than 1 billion users. The company went on to share that sales of these services are growing at a healthy 24%.

Moving into original content, then, is a logical next step for Apple. Two weeks after Apple’s earnings call, The Hollywood Reporter ran with an exclusive: DR. DRE FILMING APPLE’S FIRST SCRIPTED TELEVISION SERIES. The story described a raunchy, six-episode program called Vital Signs, created by and starring the rapper turned entrepreneur, who sold his company Beats Electronics to Apple for $3 billion in 2014.

According to five different sources who have been briefed on Apple’s plans or spoken directly to Apple executives, the company is still a bit “disorganized,” and these Hollywood principals complain that Apple hasn’t presented a coherent strategy. That said, Apple appears to be taking a “two-lane approach” to original programming. The first, which Vital Signs falls under, is a slate of short films, music videos, and documentaries that will be built around musicians and friends of Dr. Dre and his Beats partner, Jimmy Iovine, a former record executive. The idea is to use this content (such as the two-hour Taylor Swift concert movie that Apple released last December and the Vice documentary The Score in late March) to promote Apple Music, the subscription streaming service that launched last year. These originals are seen as essential in goosing Apple Music’s subscriber totals. Apple says it’s happy with the 13 million people it’s attracted thus far, but industry analyst Horace Dediu notes, “They have 860 million iTunes accounts. Thirteen million out of 860 million is not a big number. They still have some way to go.”