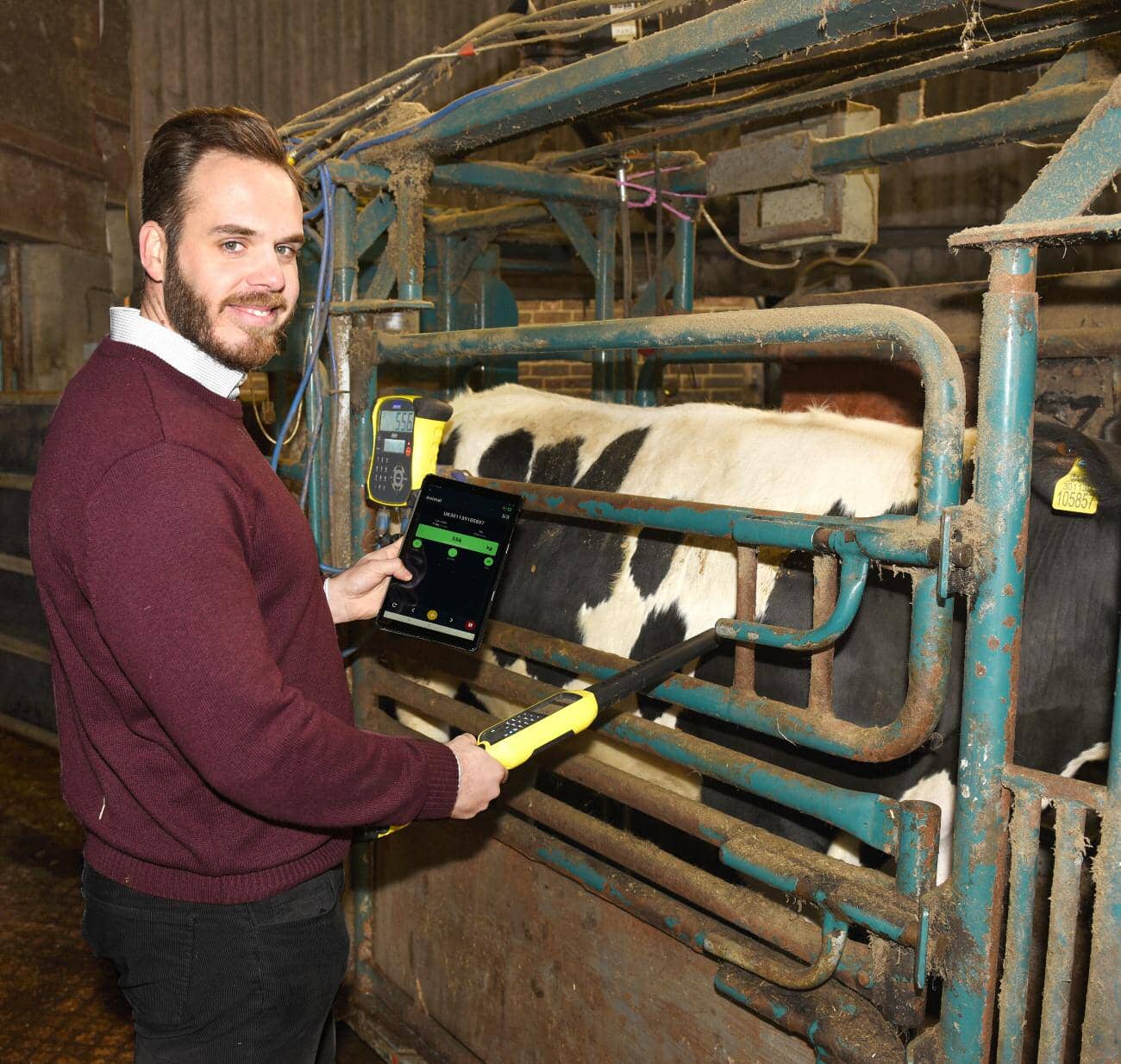 Ian Sturmer – gives the farmer’s view of the Breedr vision.

Sturmer Farms has been described as is an exciting example of how the beef sector as a whole could reshape itself to reduce income volatility and better produce what the market wants.

Father-and-son team Ian and Michael have built a profitable beef finishing system by finding a way to operate at scale and having a deep understanding of what the consumer wants. The Sturmers have built up contract farming agreements with six farms, which has given them the scale to finish almost 6,000 dairy-bred steers each year. Ian Sturmer explains how the farm is using Breedr to achieve its vision.

When I came back from university, I sat down with my father, Michael, who was running a 650-head beef finishing unit and we took a long, hard look at what we were doing and where the industry was going.

Consistency of product was a major issue. We were buying animals each week at market that were a variety of breeds, ages, sizes, and from different production methods. Trying to finish them and produce consistent meat-eating quality for the consumer wasn’t particularly easy.

The chefs were struggling to buy British beef that delivered a consistent eating experience. They wanted to be able to put the same steak on the plate week-in week-out and to know what that animal had eaten, its medication, and where it had been its whole life.

We then spoke to the abattoirs and inconsistent carcass size and traceability was a big issue for them. This led us to the conclusion that, to design a good product we need to work with the whole supply chain right from the birth all the way through. So, we could deliver a traceable product and control the consistency and the quality of the meat through the breeding, feeding, and management of the animals.

As we had a history of working with the dairy sector, we went down an integrated dairy-beef model. Taking calves from dairy farms, rearing them for four months to about 180kg then moving them to a dedicated growing farm, until 450 kilos, before putting them into the main finishing farm for a further 90 days.

Our main farm was on a tenancy, so to scale the operation we needed to work with other farmers. We found farmers and families that were being squeezed on profitability by some of the current farming models. They had sons and daughters coming back into the business and were looking for a system or a way of farming that would give a bit more strategy and structure.

We developed a contract rearing model, which offered them a management fee per head of cattle - and they didn’t need to purchase or market the animals.

They would grow their own silage – grass or maize – and we would pay on its quality. We supplied the rest of the concentrate food, milling and processing to supplement the forage on these farms.

We run our own logistics, so animals are moved by us and we keep them in social groups of about 40-45 for as long as possible to reduce stress. Stress creates lines of gristle and tougher meat post-slaughter, so good animal welfare has all-round benefits.