Unlocking the potential of the Merino Landsheep 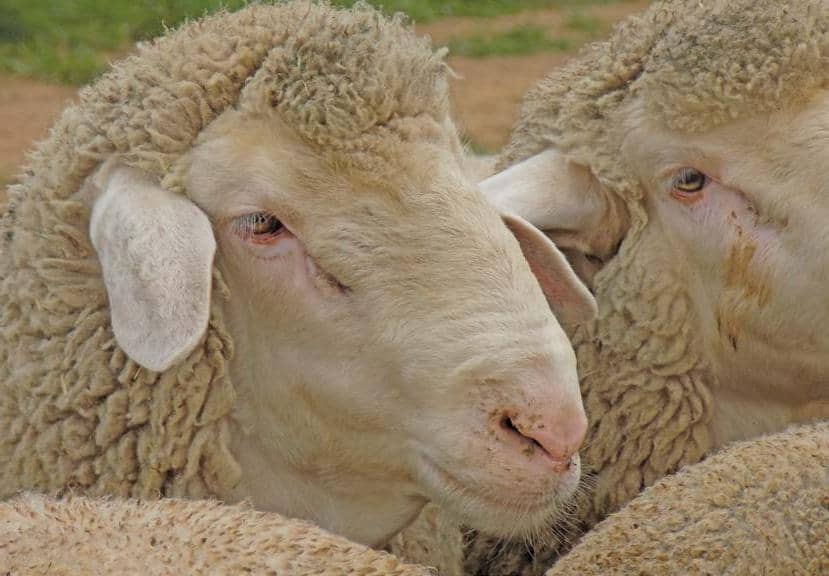 The Merino Landsheep is rapidly gaining popularity in South Africa due to the breed’s impressive performance in the feedlot as well as its value as a dual-purpose meat and wool sheep. Merino Landsheep stud breeder Ben du Plessis spoke to Annelie Coleman.

“I started the Roebella stud in 1987 and began farming full-time in 1991. Later, I also took over my father Dirk’s Verdeeld Landsheep stud,” recalls Du Plessis.

He now runs both stud herds, informally known as the Du Plessis stud, on the farms Verdeeld and Saaiplaas, situated along the Renoster River near Koppies in the Free State.

Du Plessis says that the outstanding characteristics of the Landsheep are the breed’s temperament, superb carcass quality, top performance in feedlots, and excellent wool.

According to him, the Landsheep suffered from a number of breeding mistakes in the late 1990s, and this saw a decline in the breed’s popularity in South Africa. The most significant error was placing too much focus on larger carcasses.

However, this has since been rectified, and Du Plessis believes that the breed is now regaining its rightful place amongst South Africa’s livestock breeds.

Breed numbers have increased noticeably in recent years due to the fact that breeders decided to focus selection on increasing muscling. As breeders started to rectify the poor selection criteria of the past, interest in the breed was revived and the Merino Landsheep Breeders’ Society now has more than 4 700 registered animals (compared with 2 600 about six years ago) belonging to 28 stud breeders and 26 commercial breeders.

FROM GERMANY TO SA

The Landsheep originated in Germany and the first shipment of the breed – six rams and 60 ewes – were imported to South Africa by a group of Free State farmers in 1956.

According to Du Plessis, the breed adapted well to local extensive farming conditions, and is today bred across most provinces, and under a variety of conditions, from poor, natural mid-mountain grazing regions to planted pastures, as well as the arid Northern Cape and the rugged Eastern Cape.

Du Plessis says the breed is notable for its exceptional growth and fertility, meat quality and top feedlot performance. In addition, it has even fat distribution on the carcass, as well as a body frame of good length and depth. This means increased production of high-end cuts such as leg of mutton/lamb and back chops.

“Research has shown that a Landsheep carcass can produce up to six more back chops than other dual-purpose breeds in South Africa.”

He adds that two-thirds of the income derived from a sheep carcass comes from the high-end cuts.