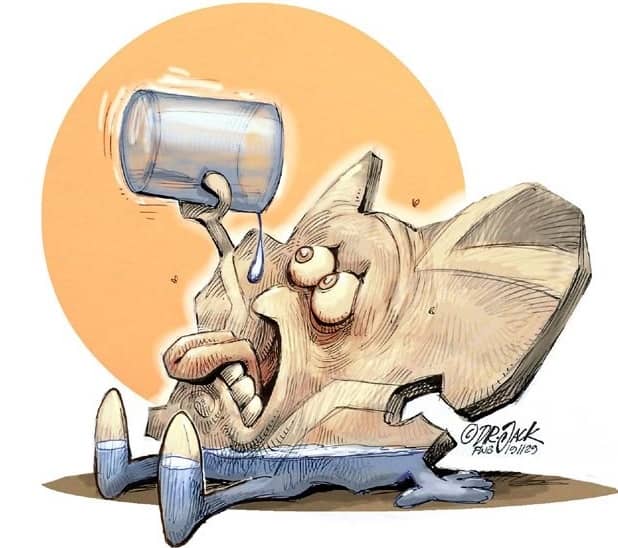 According to Mike Muller, a visiting adjunct professor at the University of the Witwatersrand’s Graduate School of Governance, low and unpredictable rainfall is not the only cause for South Africa’s water crisis. As a result, no single solution can address water challenges across the country.

A serious, multi-year drought in the Northern Cape and Eastern Cape has seen a number of small towns threatened by total water supply failures and livestock farmers facing financial ruin.

In other parts of South Africa, heatwave conditions and the late onset of rain have caused local supply failures. Although the dams that supply most of the main urban areas are still at reasonable levels, there are growing fears that the country may be witnessing the start of a major drought.

Cape Town’s experience of extreme ‘Day Zero’ supply restrictions has added to these fears. Weather forecasters seem unable to make reliable predictions more than a few weeks in advance, and there are nagging concerns about the government’s ability to identify and address emerging problems.

Unhelpfully, there is no single water problem, and issues vary from place to place.

In Cape Town, water managers thought they could avoid building new infrastructure to supply a growing population by encouraging everyone to use less water; a major drought proved them wrong.

During October’s heatwaves in Gauteng, water ran dry as local reservoirs were emptied by residents using extra water for their gardens, and municipalities failed to enforce restrictions.

In Adelaide in the Eastern Cape, where there has been a critical supply failure, one local councilor was reported (Farmer’s Weekly, 11 October 2019) to have commented that “the Adelaide Dam was at 1% before local authorities woke up”. Even then, there was little they could do because funding was unavailable.

Adelaide’s problems are repeated daily in towns countrywide as municipalities expand the distribution of water without first ensuring there is enough supply, or putting in place measures to control excessive use. Too often, poor planning and management are revealed when drought strikes, as is now happening.