Turning a hobby into an award-winning stud 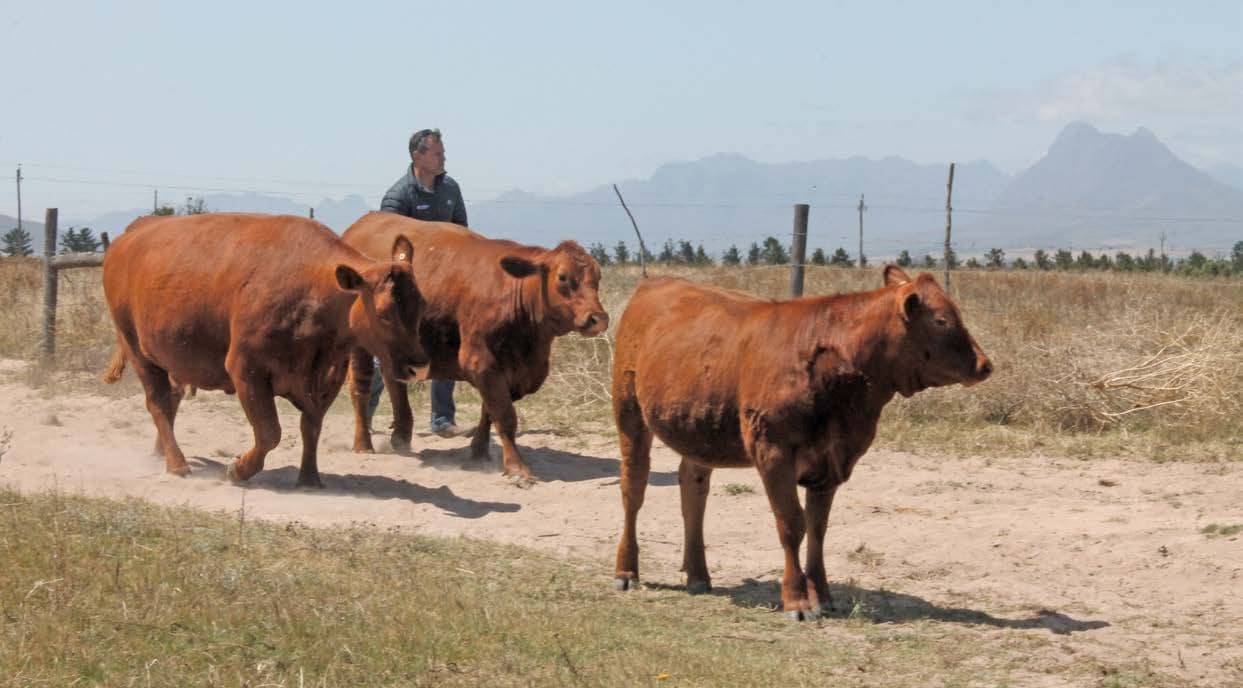 What started off as a hobby for Theuns Bruwer and Pierre Veldhoen seven years ago has turned into the registration of an Angus stud with successful and highly respected breeding stock. Jeandré van der Walt visited their stud, Windmeul Angus, outside Paarl in the Western Cape.

“It started as a hobby in 2012, when we bought a few commercial Angus cows,” says Theuns Bruwer. His wife, Debbie, had been nagging him to spend less time in front of the TV and find a hobby. She had previously assisted Pierre Veldhoen and his wife, Nella, with their Friesian horse stud on their 80ha farm, Dagbreek, just outside Paarl.

Veldhoen and his wife immigrated to South Africa from the Netherlands a few years ago to breed Friesian horses. Due to economic difficulties, they scaled down operations, and no longer breed Friesians.

This presented Bruwer with the ideal opportunity to begin a cattle farming operation on the underutilised land, and Bruwer and Veldhoen now run an Angus stud on 60ha on the farm.

“According to our research, the Angus breed is the most prevalent in the Cape. It is also renowned for its good temperament, easy calving and good calf-rearing ability,” says Bruwer.

He and Veldhoen initially bought a few commercial Angus cows. The following year, they bought red Angus embryos from a breeder in the Free State, and used their commercial cows as surrogates.

In 2013, they registered the Windmeul Angus stud. Initially running a commercial herd and the stud, they sold all their commercial animals in 2015, and now manage only the stud. It consists of 14 female Angus animals: nine red and five black. The stud is run on mainly natural veld. The farm is stocked at a carrying capacity of 1 MLU/8ha.

“We have really good grazing for about three to four months of the year. The rest of the year, grazing is scant, but the animals are not stressed at any point,” says Bruwer.

The animals receive a lick throughout the year with the necessary trace elements, a protein lick in summer when pastures are dry, and an energy lick in winter. With the turn of the seasons, the animals also receive a phosphate lick. However, Bruwer believes that animals must know how to utilise any grazing, and provides as little extra feed as possible.

“The only time our animals get additional rations is when we want to make them show-ready. It’s only a select few that get these extra rations. We also make sure that the animals get vitamin A injections. I’m a big supporter of Multimin for the cows and Kyroligo for the younger animals.”