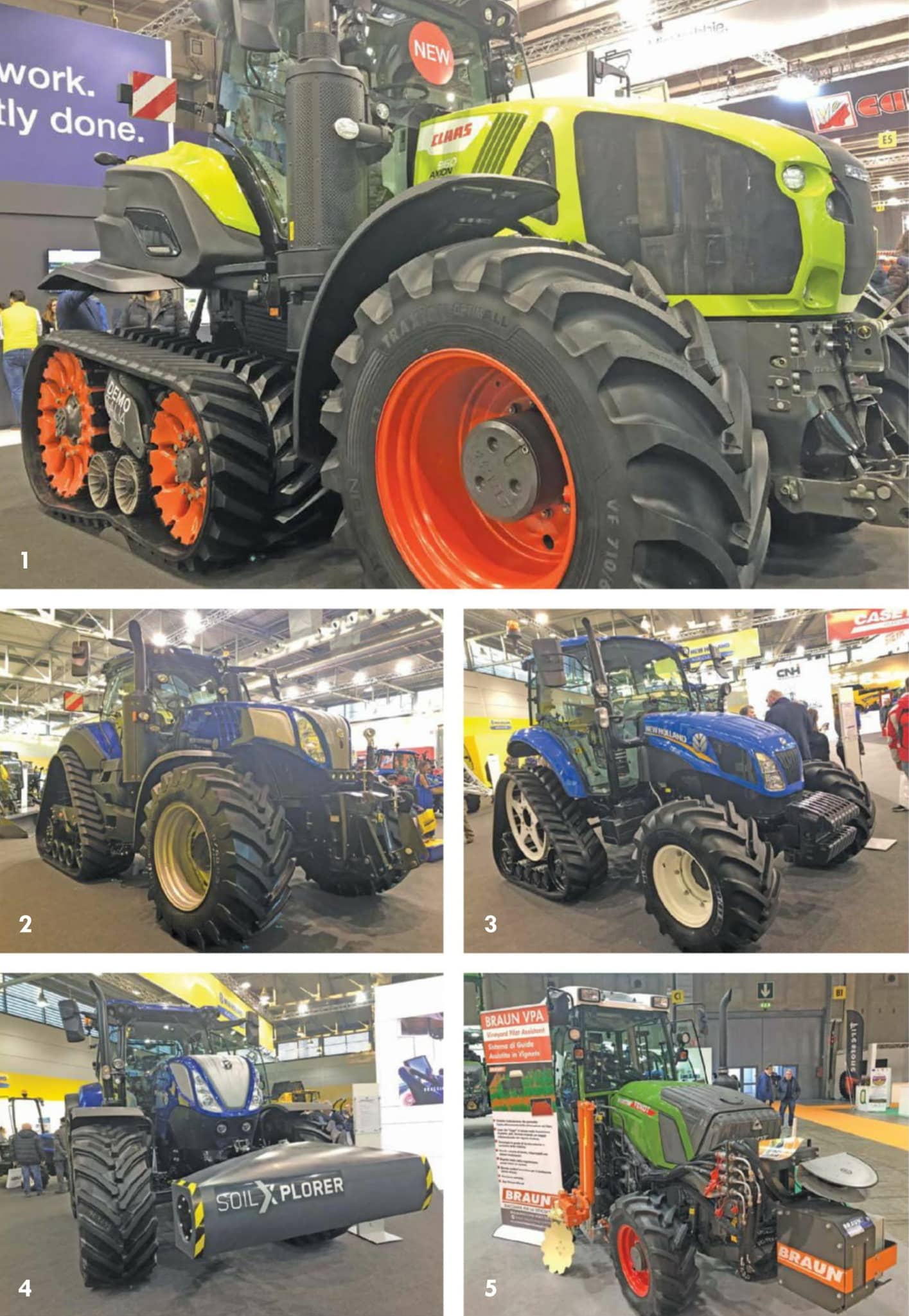 Among the machinery on display at Fieragricola 2020 in Verona, Italy, were stand-out examples of the latest tractor and implement technology aimed at helping farmers achieve higher productivity, while also farming more sustainably.

Denene Erasmus
The next 30 to 40 years will be a challenging time for farmers, who will have to find ways of producing more food with fewer resources.

It is expected that by 2050, the global population will peak at around nine billion, up from about 7,6 billion today. According to the Food and Agricultural Organization of the United Nations (FAO), the amount of arable land available on a per- capita basis will decline steadily over the next few decades, from 0,218ha per person today to 0,181ha per person in 2050. In contrast, global demand for food is projected to increase by between 50% and 100%, due to the combined effects of a growing population and increasing demand for a more protein-rich diet by the world’s emerging middle class.

Meanwhile, farmers are also facing increased volatility in commodity prices and the cost of agricultural inputs. In order to produce enough food in a sustainable and profitable way, farmers will have little choice but to embrace new technology that can help increase crop yield per hectare, reduce production costs, and reduce the amount of inputs required, which will in turn improve soil health.

Fortunately, as was shown by the machinery and innovation from the 900 companies across the agricultural supply chain on display at this year’s Fieragricola in Verona, Italy, the latest equipment and technology from top manufacturers are designed to assist farmers increase productivity in a more sustainable way. More than 132 000 visitors from 20 countries attended the show, which took place from 29 January to 1 February.

One of the trends in tractor innovation has been the move towards placing larger tractors on tracks rather than on conventional tyres. A major benefit of tracks is that they reduce soil compaction by the machine.

On display at Fieragricola was CLAAS’s Axion 900 Terra Trac series tractors. After unveiling the prototype at Agritechnica 2017, CLAAS released, in the European market, two versions of its unique half-track tractors with full suspension for the 2020 season, namely the 327kW Axion 960 Terra Trac (Photo 1) and the 261kW 930.

The key innovation on these machines, according to CLAAS, is the inclusion of the suspended Terra Trac crawler track system, based on technology that CLAAS has been using in combine harvesters for more than 20 years.