The artist who brought South Africa's countryside to life 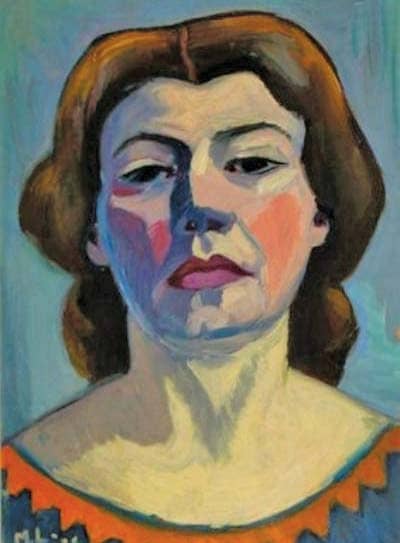 The Swartland of the Western Cape has produced many famous personalities, perhaps none more so than artist Maggie Laubser. Graham Jooste writes about her life and her remarkable technique.

Maria Magdalena Laubser was born on the wheat farm Bloublommetjieskloof, a few kilometres south of Malmesbury in the Western Cape, in 1886. The eldest of six children, she was a rather shy and lonely girl. Once she had completed her day’s schooling at the farm school and done her homework, she would ride out into the beautiful countryside, exhilarating in the freedom and wide open spaces. She also carried out her household chores and simple farming tasks such as attending to the chickens.

At the age of 11, Laubser entered Bloemhof Seminary in Stellenbosch as a boarder, but after just four years of tuition, she returned to the farm to make way for her younger siblings to receive their education. It seems, however, that the teenage Laubser had her heart set on greater things. In 1903, she persuaded her parents to allow her to take singing lessons at a conservatory in Cape Town. Little came of this initiative, but at about the same time, a friend encouraged her to take up painting. In 1907, she had progressed enough to become a member of the South African Society of Artists, and three years later set up her own studio in Cape Town. She was unable to sell enough paintings to support herself, however, and was forced to return to the farm. It was not long before she found her surroundings stifling, and in 1912 she left to visit relatives in Pretoria. Shortly thereafter, she took up a position as a governess on a farm near Ermelo and gave lessons in art and needlework.

HER FIRST SOLO EXHIBITION WAS A CRITICAL AND FINANCIAL DISASTER