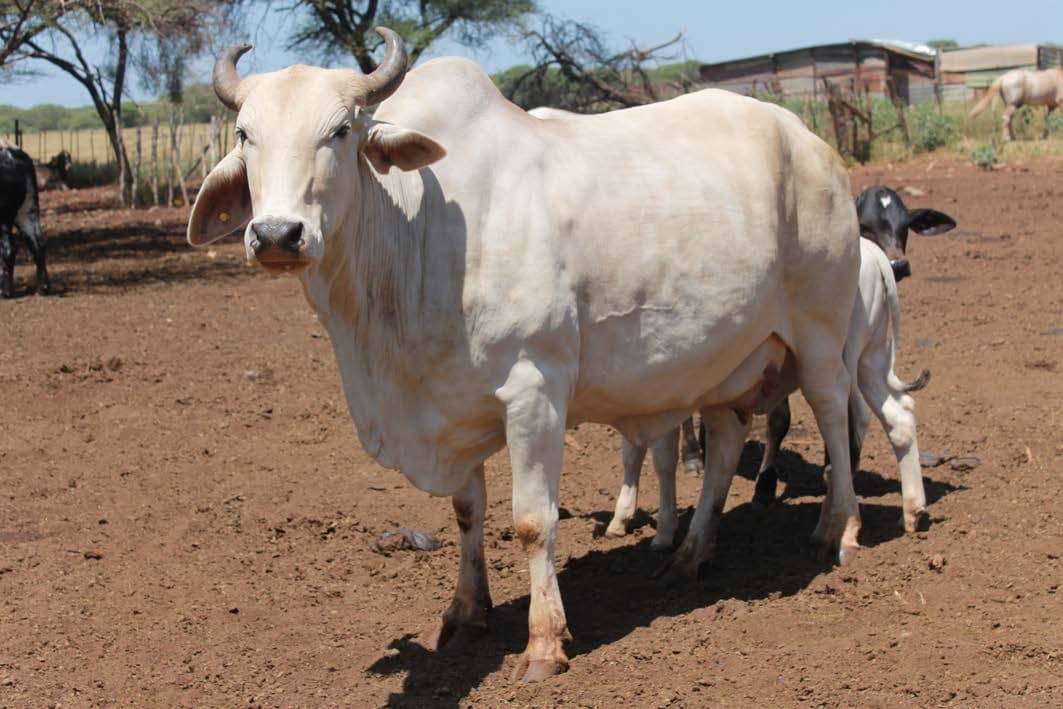 David Rakgase of Rakgase Farms in Limpopo makes use of crossbreeding to improve carcass weight. He explained to Siyanda Sishuba how animal nutrition is managed on the farm in order for the cattle to maintain good condition throughout the year.

Like too many other black farmers in South Africa, David Rakgase of Rakgase Farms in Northam, Limpopo, has spent decades being refused the right to buy the state land he had been living and working on for decades.

The 74-year-old Rakgase, who runs a beef farming operation and also farms goats and pigs, started farming in 1991 on land he leased from the former Bophuthatswana.

After 1994, he continued to lease the land from the agriculture department. In 2002, when the department’s Land Redistribution for Agricultural Development (LRAD) policy came into being, allowing farmers the option to purchase land they were renting from the state, Rakgase was identified as one of the programme’s beneficiaries.

The farm was valued at R1,2 million. Government offered him R400 000 of the value of the land as a grant; Rakgase would be responsible for the balance.

He improved the average weight of his cows from 450kg to 750kg by introducing bulls from larger-framed breeds.

to control external parasites, the cattle are dipped every two weeks in summer.

But the sale never went through and the property was never transferred to him. When his lease expired in 2016, government refused him an extension, which ultimately resulted in what Rakgase describes as the “ongoing illegal occupation of the land”, when members of a communal property association (CPA) moved in.

According to Rakgase, the CPA was brought in by the department of agriculture to ‘administer’ claimed land, however the CPA “continues to take any land that is occupied, giving it to other people”. Government, he continues, seems to ignore the conduct of the CPA.

Rakgase decided to take the matter to court in 2018, but the state then re-valued the land at R5,5 million.

In September 2019, the court ruled in Rakgase’s favour, ordering the minister of agriculture to take all the necessary steps to sell the farm to Rakgase under the terms, conditions and price that would have applied if the land was sold to Rakgase under LRAD in January 2003. No action has been taken by the state since then, says Rakgase.