Geldings Are Cheaper And Easier 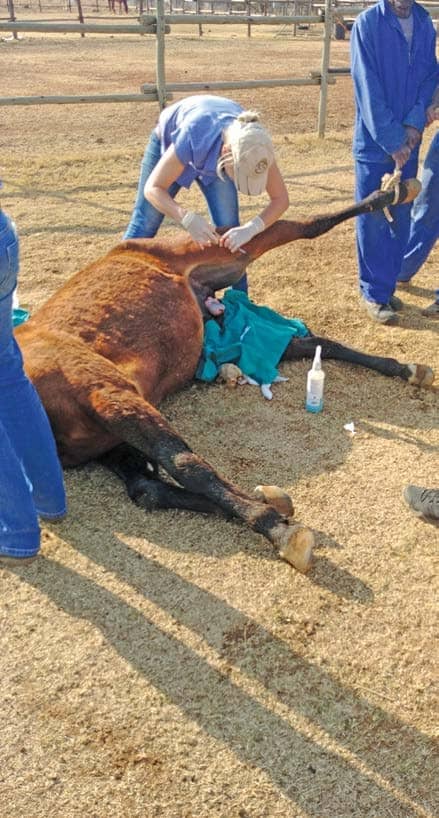 Gelding stallions can help cut the running costs for breeders, who are currently being faced with a difficult economic climate, says Dr Mac.

Politics, drought and veld fires have resulted in a difficult economic climate for all extensive livestock breeders, but horse breeders are particularly hard hit.

While the South African National Equestrian Schools Association (SANESA) has boosted the market for performance horses, this has not assisted breeders, as foals take about six to seven years, as well as a lot of expensive training, before they can be sold. As a result, there is virtually no market for stallion services, and several breed societies say the number of foals being registered has dropped over the past few years. The price of foals has fallen, and those breeders who run large herds of unregistered mares with a few registered stallions, thus making money from quantity rather than quality, now realize it takes at least four to six years before an adult horse can even be sold for slaughter.