Feeding pigs for health and profit 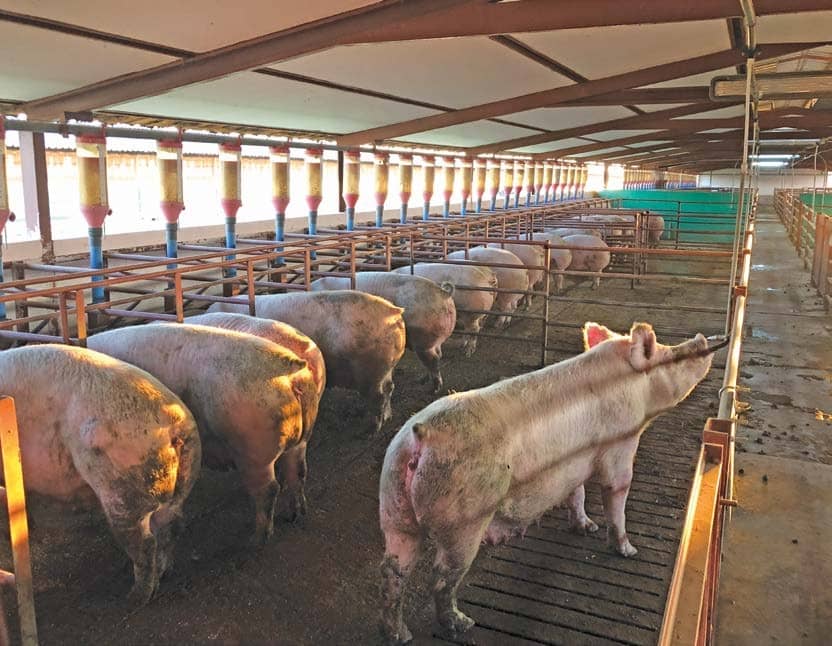 A major challenge facing pig farmers today is herd health, with African swine fever in particular having devastated herds worldwide. Researchers are striving to improve the safety of feed, one of the ways in which this disease is spread, while optimising the uptake of nutrients. Nutrition scientists Prof Barry Bradford and Dr Gerardo Morantes spoke to Lindi Botha.

Herd health is of utmost importance to ensure a profitable piggery. Supplied

What are the trends shaping the pig feed industry?

Prof Barry Bradford from Michigan State University’s Department of Animal Science (BB): The amplified focus on feed safety is one of the biggest trends. In the US, for example, there’s less trust in Chinese ingredient sources because of evidence that devastating viruses, such as African swine fever [ASF], can be transmitted via feed.

In addition, feed suppliers are enhancing the focus on biosecurity to limit the risk of any such transmission. Of course, the economic pressure for greater efficiencies throughout the production system remains constant.

Dr Gerardo Morantes, director of food safety at the Bühler Group, a feed processing equipment manufacturer (GM): ASF is a major trend, which is shaping up to become a big threat to the global swine herd and corresponding feed production. Swine feed production in 2019 was the second-largest after poultry, but was lower than in 2018, primarily due to ASF hitting pig herds in China and Vietnam very hard. China lost 55% of its national herd, equating to a loss of between 19 million and 27 million tons of feed, while Vietnam lost 50% of its herd, resulting in a demand loss of between 1,6 million and two million tons of feed. It will take about five years for these herds, and hence the uptake in pig feed, to recover. On a positive note, we’ve seen a steady increase in litter size. This, however, has also increased the stillbirth rate and pre-weaning mortality. There has been an improvement in lean growth rate and feed efficiency, and an increased demand for feed efficiency and sustainability measures.

We have also seen a steady increase in farm size and industry consolidation, and with it, a simplification of feeding programmes and feed safety measures, as well as greater compliance.

What are the biggest challenges facing the pig feed industry?