Veld, Weeds And Fire: The Good, The Bad And The Ugly 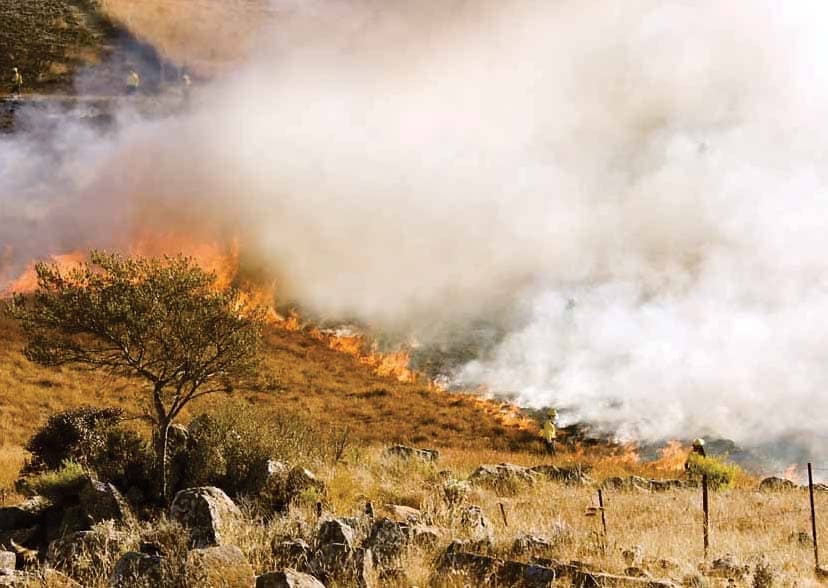 A sizeable part of South Africa’s native vegetation has naturally adapted to burn quite often and fynbos, grassland and bushveld all burn at some stage during their growth cycles.
Jeremy Goodall

Preventing this vegetation from burning results in massive accumulation of biomass that can cause devastation when the next wildfire occurs. Farmers are accustomed to preparing fire breaks in the dry season and burning old veld to stimulate the regrowth of grazing.

Wattle trees are especially problematic in the Drakensberg region. Black wattle (Acacia mearnsii) and silver wattle (Acacia dealbata) are the main culprits. Since the inception of the Working for Water programme in the mid-1990s, there have been large-scale attempts to bring wattle trees under control with ringbarking and chemical control.

Studies that evaluated the impact of clearing wattles in the Drakensberg, found that most infestations where standing trees were treated, had experienced destructive wildfires one to three years following treatment, and the soil surfaces had been scorched. The burnt soil surfaces became water repellent and prone to surface wash. This resulted in large-scale soil erosion, the worst of which included the formation of dongas.