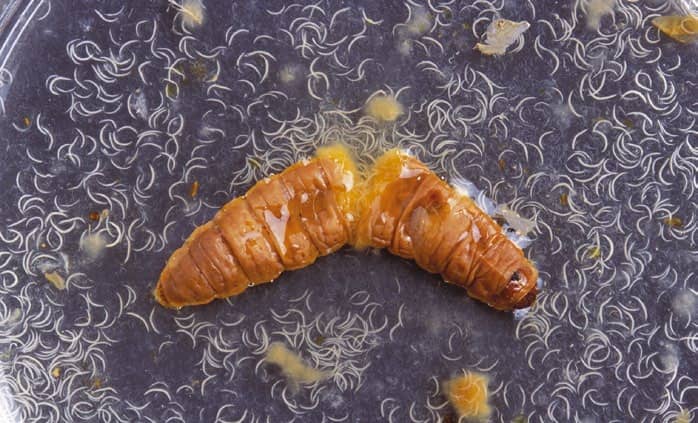 Ever since the term ‘biosecurity’ took a front seat on the global ecological train, consumer demand has increased for greater volumes of quality food that is free from pesticide residue. This has placed a fundamental focus on how classic or synthetic pesticides are used and on finding ways to manage their residues.

Chris Coetzee is a researcher and facility manager at BioScience Research in Cape Town, a facility responsible for research, development and registration of plant protection products and related technology in South Africa.

On the topic of residues, Chris says there should be no illusions about the way in which misuse and overuse of pesticides have resulted in pests and diseases developing resistance to established compounds, rendering them useless to growers.

“This is nothing new and it happens all over the world,” he says. “It has added to the drive for finding novel, effective and safer alternatives for synthetic pesticides in order to develop sustainable, integrated pest management programmes.”

This article outlines some of the advances made by researchers and the global crop protection industry in working towards this goal.

Some of the oldest measures used by man to limit the effect of pests and diseases in crop farming includes strategies such as physically killing or removing insects from crops, installing insect-proof netting in growing tunnels, or making use of geographic isolation and altitude to put distance between pests and crops. Another example is the use of physical stem barriers to prevent weevils from reaching crops.

“We have developed simple and very effective means of combatting insect pests in crops by studying and understanding insect behaviour,” says Chris. “Recent advances in genetics has led to the development of ribonucleic acid interference (RNAi) technology, whereby small ribonucleic acid (sRNA) molecules are used to silence gene expression in a specific organism. The first RNAi-containing products are already approaching the market.”

Cultural control can include planning and other strategies. For example, planting dates can be adjusted to avoid pest occurrence, as is currently being done in South Africa to minimise the impact of sclerotinia on soya beans.

Chris explains that short-growing, early-maturing cultivars are planted early in the season in areas where the disease is most devastating. “When the normal environmental conditions support sclerotinia outbreaks, the plants are no longer susceptible to the disease, thus mitigating any need for fungicide applications.”

Other controllable practices such as irrigation, fertiliser programmes and other agronomic practices can help create environments in which the pest is not able to flourish.