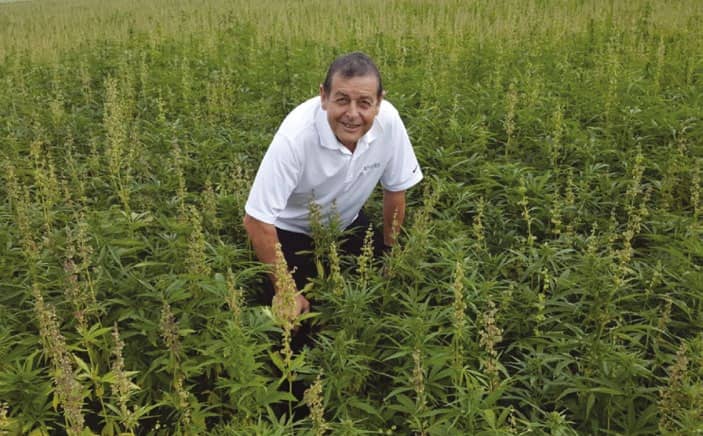 Bound for many decades by international treaties that established prohibition across the world, the cannabis industry is coming into its own.

Until recently, the stigmatisation of medicinal cannabis was linked to it being deemed a hallucinogen, a category of drugs causing profound distortions in one’s perception of reality.

The flowering plants belong in the family Cannabaceae and has at least 1 200 street names (marijuana, weed, pot, etc.). With its iconic serrated-edged leaflets this ‘miracle’ plant may yet give the palm family, as the most versatile group of plants used by man, a run for its money.

The use and production of cannabis has been legalised gradually and in varying degrees in different countries. It is currently approved in at least 50 countries.

Interestingly, South Africa and Mexico seem to be running in the same race after the high courts in both countries legalised private cultivation of cannabis. In South Africa, the Constitutional Court ruled on 18 September 2018 that adults could legally grow, use and possess up to 600g dried cannabis for personal use, not to be sold or given away. Yet, the cultivation of commercial cannabis cultivars for recreational use, still remains illegal.

The South African government was given 24 months since its ruling to establish laws that would be in line with the Constitution in terms of cannabis use. The big question is whether South Africa will fully legalise cannabis in September this year, when government will decide on the amount of usage and whether the use of cannabis will remain restricted to private use only.

In Mexico, the Supreme Court ruled on 31 October 2018 (for the fifth time) that the law prohibiting the recreational use of cannabis was unconstitutional and the government was mandated to formally legalise cannabis within 90 days. However, on 17 April this year, Mexico's Supreme Court extended the deadline to 15 December 2020.

According to the African Cannabis Report, Nigeria and South Africa stand to become the continent’s highest value markets by 2023 if cannabis usage is permitted for medicinal and recreational use. South Africa’s cannabis industry alone could be worth more than R107 billion once it becomes fully legalised.

South Africa’s market for commercially grown cannabis or related products has an estimated value of $1,2 billion. The climate in KwaZulu-Natal and the Eastern Cape is especially suited to cannabis cultivation, which means that the country’s economy stands to benefit immensely from the decriminalisation and legal farming of cannabis.

By legalising the value chain in the cannabis industry, South Africa may reap the following rewards:

• Substantial revenue for the government.

• Attracting investors who will reap the benefits.

• Boosting secondary industries such as production and distribution.

Many believe that the sooner a predictable policy and legislative framework is promulgated, the better for the country’s economic future. However, government has been slow in shaping a clear policy framework to set the economic uses of cannabis in motion.

While the country recognises its potential to unlock and promote social sustainability and a healthy and competitive environment, there remains a labyrinth of confusion and unanswered questions regarding the cannabis trade and the legality of farming the crop in South Africa.

Trying to fast-track transformation, president Cyril Ramaphosa announced earlier this year that government would draw up and finalise a policy on cannabis production, mainly hemp, speed up regulations relating to the commercial use of hemp products and help equip smallscale farmers with opportunities.