It's Raining Nuts In The Karoo 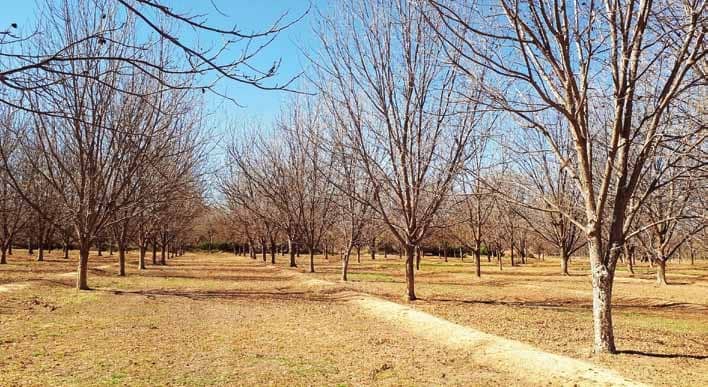 Agriculture in the Eastern Cape normally leans towards various livestock and citrus undertakings. Interestingly, the cultivation of pecan trees has increased over the past few years, mostly in areas such as Cradock and Somerset East which have sufficient water supply, thanks to the Great Fish River.

The farm Longacre, where pecan trees are cultivated, is located between Cradock and Hofmeyr. If you visit during harvest time, you will be met by the curious sight of tall, leafless trees.

The trees cover 70ha and are managed by Philip Antrobus whose late father, Michael, planted the first rows of pecan trees some 40 odd years ago. Philip’s great-grandfather, Geoffrey Antrobus, who came from England, bought the farm Normanskop and renamed it Longacre, somehow unwittingly doing justice to the neat rows of orchards that can be seen today.

“The word ‘pecan’ means to crack with a stone,” explains Philip. These deciduous trees grow fast, can get very tall, and can reach the ripe old age of 300 years. “The pecan tree is native to North America and the indigenous people used it to sustain themselves for three months during winter.”

When it is planted from seed (the nut), the pecan will not produce a tree that is identical to the parent. To cultivate a tree of a specific variety, buds and shoots from the parent tree must be grafted onto a seedling rootstock.

Pecan trees can live under six feet of snow, but certain methods are required to help get them there. “That is one of the reasons why we do not fertilise the trees after January, since it will promote growth and allow early frost to kill them later on.”

In the Karoo, pecan trees enter dormancy around the second week of May. Harvesting takes place from June until early August, while pruning is done immediately after. New trees can also be planted once the nuts have been harvested. Philip would like to expand the orchard size to 100ha, which will require new watering systems.