TODAY'S CHEFS ARE RECOGNISED, NOT JUST AS ARTISANS OF FOOD, BUT ALSO FOR THEIR SKILLS AS CULINARY AMBASSADORS 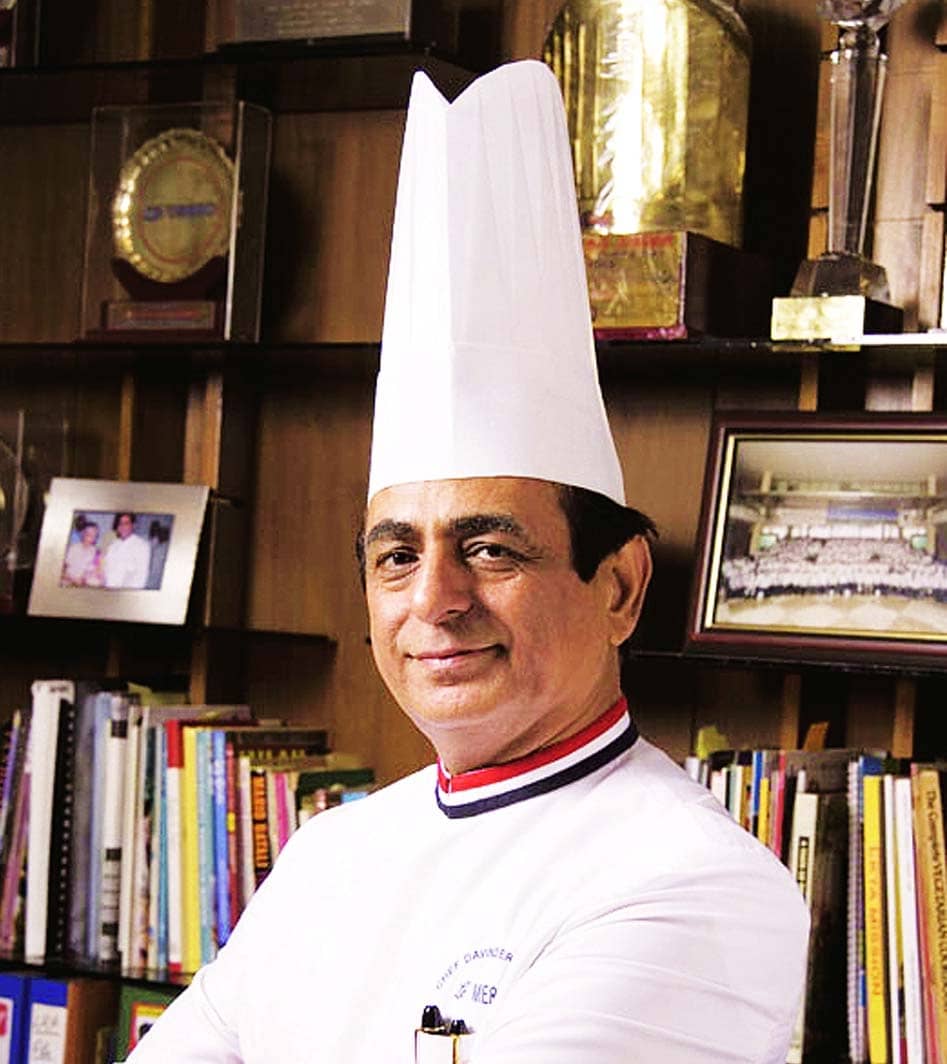 Chef Davinder Kumar, president, Indian Culinary Forum and VP (F&B Production) & executive chef, Le Meridien New Delhi, started his career in 1972 with the Oberoi Group of hotels. The group later sponsored him to go to the Lychee Technique de Hotelier in Paris, to work with selected chefs specialised in French cuisine. He was also the sole Indian representative at the International Cooking Festival held in Tokyo in 1983 and was awarded a medal for his presentation of Indian cuisine. He speaks to Steena Joy on how the culinary scene has evolved in India and his vision for ICF.

What inspired you to don the chef's hat? A few childhood memories that helped you decide to take up the culinary arts as a career?

After graduating from Delhi University, I wanted to pursue a professional course. Cooking was my first love and the exposure to hospitality only fanned and kindled my latent passion for culinary arts. Enormous growth opportunities domestically and internationally, a chance to create a niche for myself, ability to become a role model for young aspirants, this being a skill and creativity oriented profession, all these inspired me to don the chef's hat.

You career map from The Oberoi group to Le Meridien?

The journey from the Oberoi to Le Meridien was like a rollercoaster. I joined Oberoi Group of hotels as a kitchen management trainee. Upon completion, I was sent to France to hone my skills in French cuisine. I worked in various hotels in India and abroad. At the age of 29 I became the executive chef of Oberoi InterContinental hotel which is now known as The Oberoi. After working in various hotels in India and abroad, in 1985, I joined Le Meridien Delhi as executive chef and now I am heading the team as VP F&B Production. It has been successful journey, full of challenges yet rewarding and I have received many accolades including the best chef of the country by the Ministry of Tourism .

How has the culinary scene particularly in Northern India evolved over the decades?