The Wizard of Whopper 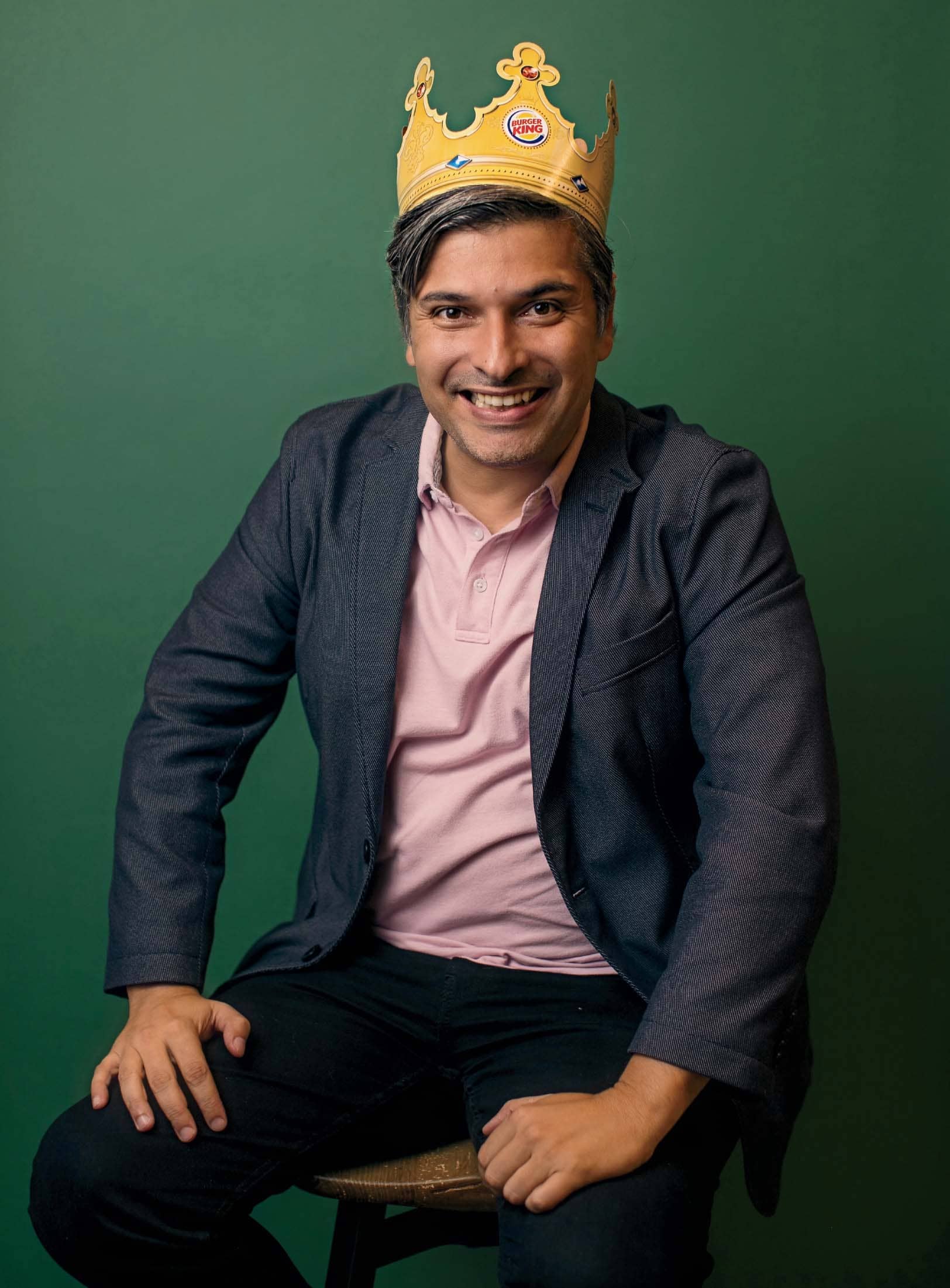 Fernando Machado is the marketing genius who turned Burger King (and Popeyes!) into a buzzy, relevant, always-on-point brand. Here’s how he pulls it off.

Burger King had a big announcement to make: It was removing artificial colors, flavors, and preservatives from its Whoppers. But the company was in a bind. The other burger chain had already, how shall we say, McDone the same thing. If Burger King simply ran ads pushing its fresh food, that wouldn’t have much impact. At worst, it would be seen as trailing its competitor.

What could it do to steer the conversation? Burger King’s marketing team started confabbing on WhatsApp, their chat tool of choice, where some of their most creative brainstormings take place. That’s where they pulled in three agencies and worked out a plan. You likely saw the result: On February 19, Burger King released ads of its famous burger, now liberated from additives, rotting over 34 days—growing fuzzy and putrid with greenish, purplish mold, eventually slumping into itself.

Stomachs everywhere lurched. That day, Twitter mentions of Burger King more than tripled, and a week later, they were still up 22 percent over the previous seven days, according to social media analytics company Sprout Social, which crunched the data for Entrepreneur. The press went crazy, too, with coverage in Forbes, CNN, People, and The New York Times. As it turns out, nothing cuts through the fast-food noise like mold.

But this was just another day at Burger King HQ in Miami. The brand has become known for pushing out-there marketing campaigns that hijack the culture’s fleeting attention span and, as a result, boost business long-term. And now the same live-wire marketing is coming out of Popeyes, which, like Burger King, is owned by RBI, a fast-food parent company with $5.6 billion in revenues last year.

MACHADO, 45, is RBI’s global CMO. Since landing at Burger King in 2014, he has overseen 50 to 60 marketing campaigns a year that consistently have the right mix of timing, self-deprecating humor, and stuns power. While he’s been busy racking up marketing awards (Adweek’s Grand Brand Genius in 2018 and the Cannes Lions Creative Brand of the Year in 2019, among them), the chain’s average annual system-wide sales growth has increased to 9.28 percent, compared with 5.56 percent over the three years before his tenure.

But it’s been a long road. Born in Rio de Janeiro, Machado grew up with no interest in marketing. In fact, he’d never even heard of it. At the age of 19, he was pursuing a mechanical engineering degree and, to gain experience, took a job at a Brazilian factory where he designed laundry detergent boxes for Unilever. But when a marketing team from one of the brands arrived, he was wowed. “It was really cool because the guys were handling the business, but they also had a creative side to their work,” he recalls. “I thought maybe I’d do better there, and I definitely would have more fun.”

Unilever eventually hired him for a marketing role, where he rose through the ranks and created many memorable projects. He became VP for Dove Skin Care during its “Campaign for Real Beauty”—a marketing effort that spanned more than a decade, celebrating people of all different body types and looks. It was a daunting task to add to the brand’s work so far, but Machado managed to bring to life a brilliant concept: A forensic artist drew the faces of several women— first according to how they each described themselves to him, and then as a stranger did. The sessions were packaged into ads in 2013, which carried the tagline “You’re more beautiful than you think.”

Machado had made a name for himself by then, but this campaign defined him as a game-changer. And yet, later that year, he felt restless. He’d been at Unilever for 18 years by then. “For the first time in my career, I was not itching to do the next thing,” he says. “And I was afraid of being stuck in my comfort zone.” He wanted a bigger challenge—to help shape a powerful brand that had become adrift. Burger King fit the bill at the time. After calling a few people he knew there, he joined as head of brand marketing.

When he moved to Miami at the beginning of 2014, Machado knew exactly zero about the quick-service food industry. So he started reaching out to franchisees. “You can learn a lot from these guys,” he says. “They are there in the battlefield every day looking in the eyes of the guests.” He wanted to understand things like what makes burgers sell, and who the end customer is. And as he grew into his role, he kept doing it. Today, he takes a lot of formal meetings but also routinely messages franchisees and restaurant managers on LinkedIn, where he can learn about what trends and shifts they’re seeing in the stores.

He also set about building his creative team. Machado is exacting and proactive about this; he says he looks for people with “the same level of creative ambition” as him, and if he spots talent, he reaches out. When he was at Unilever, he met a young guy from a creative firm and quickly pulled him into his office to discuss a project; now that guy, Marcelo Pascoa, is Burger King’s head of marketing. In another case, Machado was already at RBI when he became impressed with an agency in Spain and tweeted the creative director saying he loved their work. He suggested they apply to do a local Burger King project. Now that guy, Pancho Cassis, is CCO of David The Agency, the brand’s leading outside firm.

Machado treats his creative team as if they’re in a nonstop jam session. Aside from messaging them on WhatsApp, he inhales Twitter 24-7. (“If you ask my wife,” says Machado, the father of a 5-year-old and an infant, “she would throw my phone into the pool.”) He also takes the jam offline. He has a standing soccer game on Thursdays against a couple of partners at Gut, the external ad agency he now uses for Popeyes. (“I hardly ever win,” he confesses.) He also hosts regular barbecues for the crew at David The Agency. And in the office, he still likes to keep it real. Despite being a corporate C-suiter, he’s always wearing a Burger King crew shirt. “I thought he was going to wear it to get married,” says Cassis. “He didn’t. But it was the joke of the wedding.” 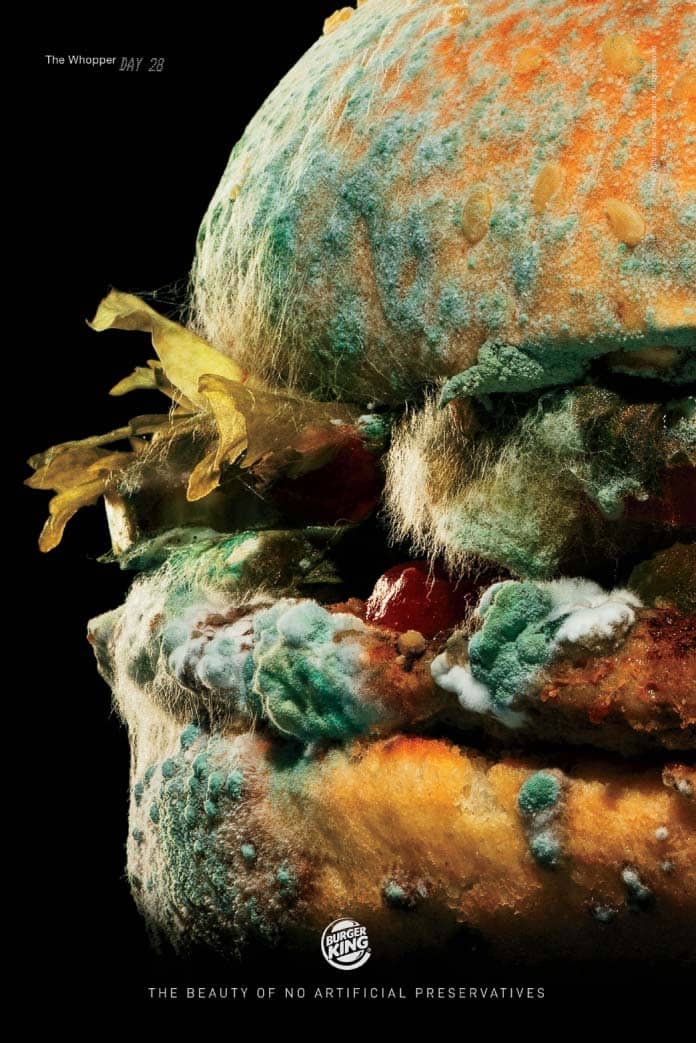