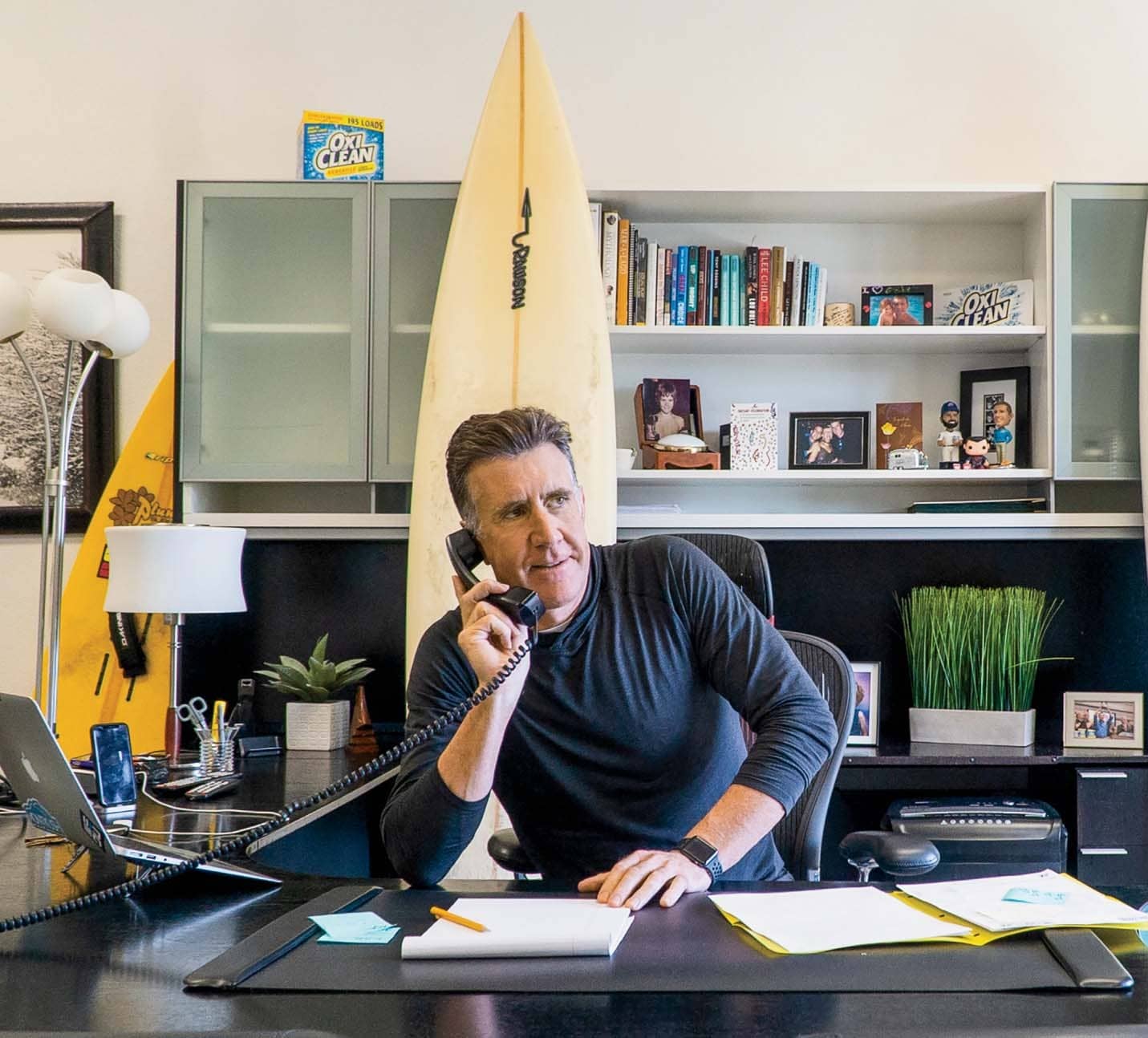 Celebrity salesman Anthony Sullivan, known for his OxiClean commercials, bought a hemp farm and launched a CBD brand. Why? Because to succeed, he says, you must be authentic.

Anthony Sullivan is usually on TV pitching OxiClean, the line of cleaning products he’s become famous for. (His marketing company produces its commercials, which he also stars in.) But now he’s also pitching his own CBD brand, and he wants people to know he’s all in. “It would have been easy for me to just white-label some CBD,” he says, “but I didn’t feel that was enough.” He discovered the space because of his 9-year-old daughter, Devon, who has a rare genetic disorder and uses CBD to manage her symptoms. Then he teamed up with a friend, Dave Christian, to buy a 116-acre organic hemp farm in Vermont and hired a film crew to chronicle their struggles as novice farmers. The final result: Their brand, MontKush, is available as of last month, and a show called Kings of Kush debuts later this summer. Here, Sullivan and Christian talk about the benefits of doing things the hard way—and yes, they even filmed their Entrepreneur interview, which will appear on their show.

Why take this leap?

SULLIVAN: I had a very clear vision when I started my production company 20 years ago: I’m going to make short-form commercials that move the needle and sell products. And now, with the advent of cellphones and mass media, the barrier to entry into production is lowered. It doesn’t excite me as much. I don’t want to compete with people making cat videos and 6-year-olds opening boxes.

That’s not to say that I lost excitement for the brands I was working on. I love OxiClean. But I think deep down, I was looking for something. That entrepreneurial spirit was like, I’ve got to do something. I need to get out of my comfort zone.

That sounds like the dividing line between entrepreneurs and non-entrepreneurs. You recognize the need for change—and instead of being afraid of it, you’re excited by it.