The Founder & The Idea Man 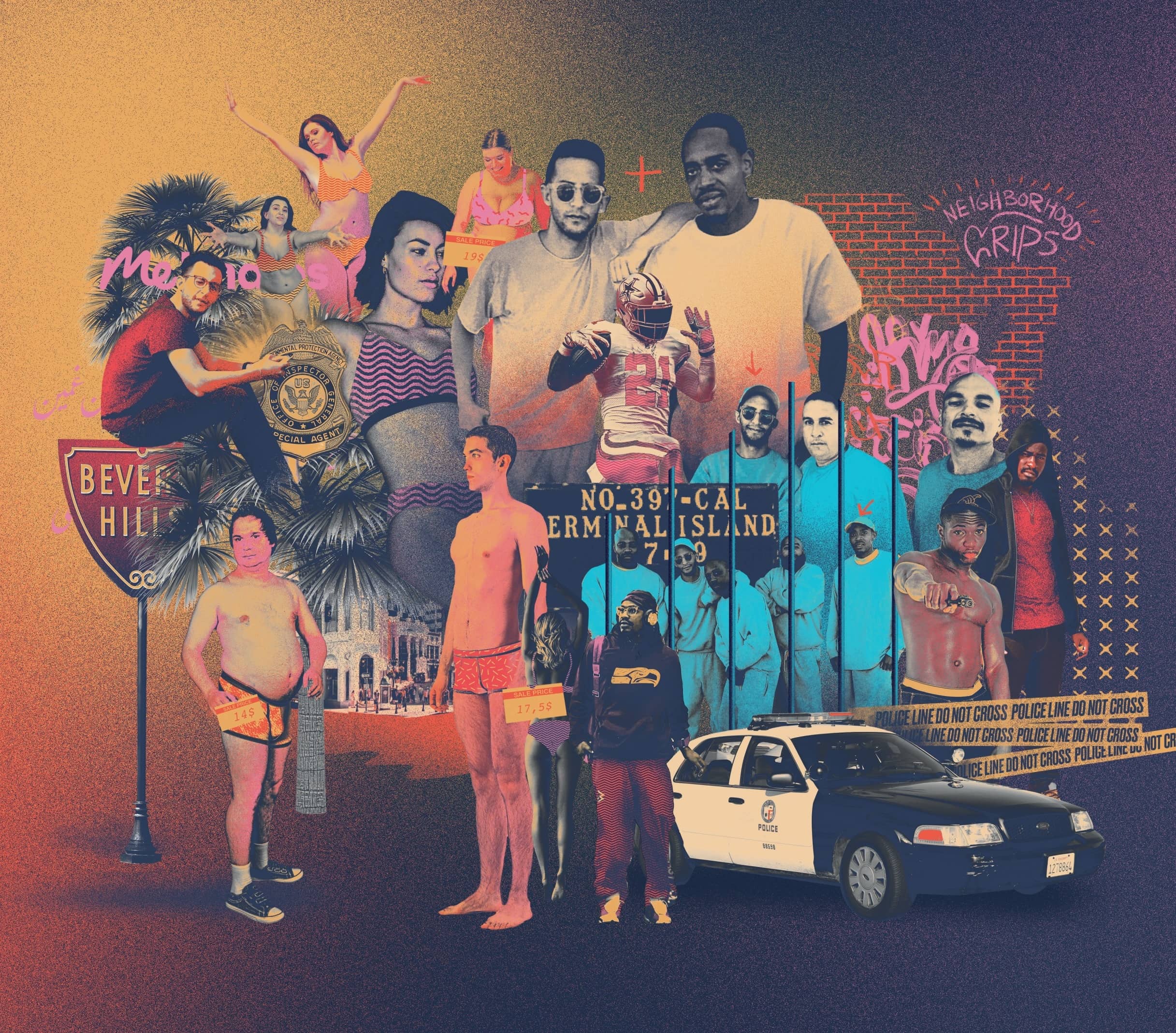 The founder of MeUndies would have never met a man named Grease if both of them hadn’t ended up in the same federal prison. But their friendship changed everything (including the business).

Shok—as the founder of MeUndies had become known in federal prison—shook himself awake, pissed. The 29-year-old from Beverly Hills had gotten used to sleeping in a cell, but actual sleep was sometimes hard to come by, given that his bed was across the hall from the “black TV room” (as everyone called it). Guys could get noisy in there. And on this morning, as the halls of the prison were still largely quiet, they were having a heated conversation about politics with the door wide open. So, scrawny as Shok had become behind bars, he got out of bed determined to shut their door—even if it led to a confrontation.

What he found, in the middle of that room, was an intimidating dude named Grease, who couldn’t have been less happy to see him— and who, to both of their great surprise, would help define a new direction for MeUndies.

But at that moment, nobody was talking business. The question was which one of them would end up on a stretcher. And really, it wasn’t much of a question.

In early 1985, Jonathan Shokrian was born into a clutch of Persian Jews in Beverly Hills. Most had fled the 1979 revolution when Iran became Islamic, figuring they’d go back when it all blew over. But Shokrian grew up sensing the struggle of a community that realized they were stuck here. “There was a big identity crisis between the old world that our parents came from and this new world that we were living in,” he says. “I was told how I had to dress, who I could date. I was forced to take Farsi classes and groomed into taking over the family business.” He hadn’t even graduated college at Southern Methodist University in Texas when he started working for his dad’s real estate company.

But Shokrian found that business cutthroat and impersonal. At the same time, he compared himself to his childhood friends, who were doing amazing things. Escaping like a heady steam from their tiny pressure cooker of a Persian Jewish community, they’d been launching some of the buzziest startups of the moment—companies like FabFitFun, Alfred Coffee, and Sweetgreen. Shokrian could feel the intensity of their entrepreneurialism; it pushed them not only to be part of this American culture but to define it. “I had never been more excited by anything,” he says. “I started obsessively thinking about what my own thing could be.”

In 2011, Shokrian was packing for a European vacation with Sweetgreen’s cofounder Jonathan Neman and ran to Macy’s to pick up a pair of underwear. There in Dallas’s Northpark mall, he was embarrassed to have to ask a female employee where the men’s underwear was. (“I know it sounds silly,” he says.) Then he dropped nearly $30 for a pair of Calvin Kleins that turned out to be a bad fit. On the trip, he vented about it. “We were jetlagged, drinking coffee in a café in Amsterdam, and Jon’s like, ‘Someone should make underwear better and sell it online,’ ” says Neman. “And then literally right there, he logs on to the internet and finds the guy who had UnderwearClub.com and offers him, like, $5,000 for the URL. That’s how Jon works.”

That deal fell through, and anyway, as they traveled, Shokrian decided that the name of his nascent underwear company should have more attitude. “I personally struggled with body image and confidence,” he says, “and every ad I saw out there was so alienating, like you had to have a six-pack or wings on your back.” He wanted to build a company that made everyone feel good in their skivvies, which meant the messaging had to be as comfortable as the fabric. He liked the cheeky way the English called their intimates “undies,” and because at the core the company would be about self-expression, Shokrian stuck the “me” in front. And there it was: MeUndies.

Back home in L.A., he found a student designer on Craigslist to sketch out prototypes. Then he set out to raise money. He’d previously invested in his friends’ startups, so they now returned the favor. He also took money from a new incubator called Science, which was helping to build some of the biggest direct-to-consumer, subscription-based companies. Dollar Shave Club was starting there. So was DogVacay. Shokrian wanted MeUndies to run on a subscription model as well, which in theory would create recurring revenue while saving his customers from awkward trips to Macy’s. “When Jonathan showed me his artwork,” says Science cofounder Mike Jones, former CEO of MySpace, “it was like this beautiful blend of a non-gender-conformity-building, modern, fresh approach. It felt like the anti–Victoria’s Secret, the anti-Jockey. And that felt very next-generation.”

But Shokrian wouldn’t be the star of Science. That honor went to Dollar Shave Club, which quickly exploded in popularity (and would later sell for $1 billion). At MeUndies, six months after launching in December 2011, Shokrian’s team of three was cramped in his father’s office, out of cash and pretty much out of inventory. He considered quitting but decided to give it one last shot, taking a loan from his dad to buy more product. That tided them over into the holidays and led MeUndies to its first $100,000 month. And on that momentum, Shokrian went on another fundraising tour and found some interest. “The basics market was just stale,” says Tyler Winklevoss, who’d become an investor, “and didn’t speak to the modern consumer either in sensibility or purchasing channel. It was ready for a fresh newcomer.”

Say what you will, and people said a lot, the strategy tripled revenues. By 2013, the team—now around 10 strong—was relieved to be over the hump.

“And then EPA agents showed up at my door,” says Shokrian. “They told me they were prosecuting me.

While Shokrian was growing up in one of the world’s fanciest neighborhoods, a boy named Joe Nickson was coming of age in South Central L.A., infamous for gangs like the Neighborhood Crips and the Bloods, and crack.

Nickson’s father managed logistics for a security company; his mother worked as a home nurse. They split up when Nickson was about 6 but sent their son—their only child together—to school in suburban San Fernando Valley to keep him out of trouble.

Nickson loved his classes but felt torn between two realities. “I would go to different sleepovers, have different vernaculars,” he says. “I would hear about Tony Hawk in elementary school and when I went back home, the new Eazy-E and Snoop Dogg albums. I could relate to both worlds, but I never felt that I belonged to either. So in my adolescent years, I started acting out, just to try to reversely fit in.”