THE CRAZIEST BET IN RETAIL 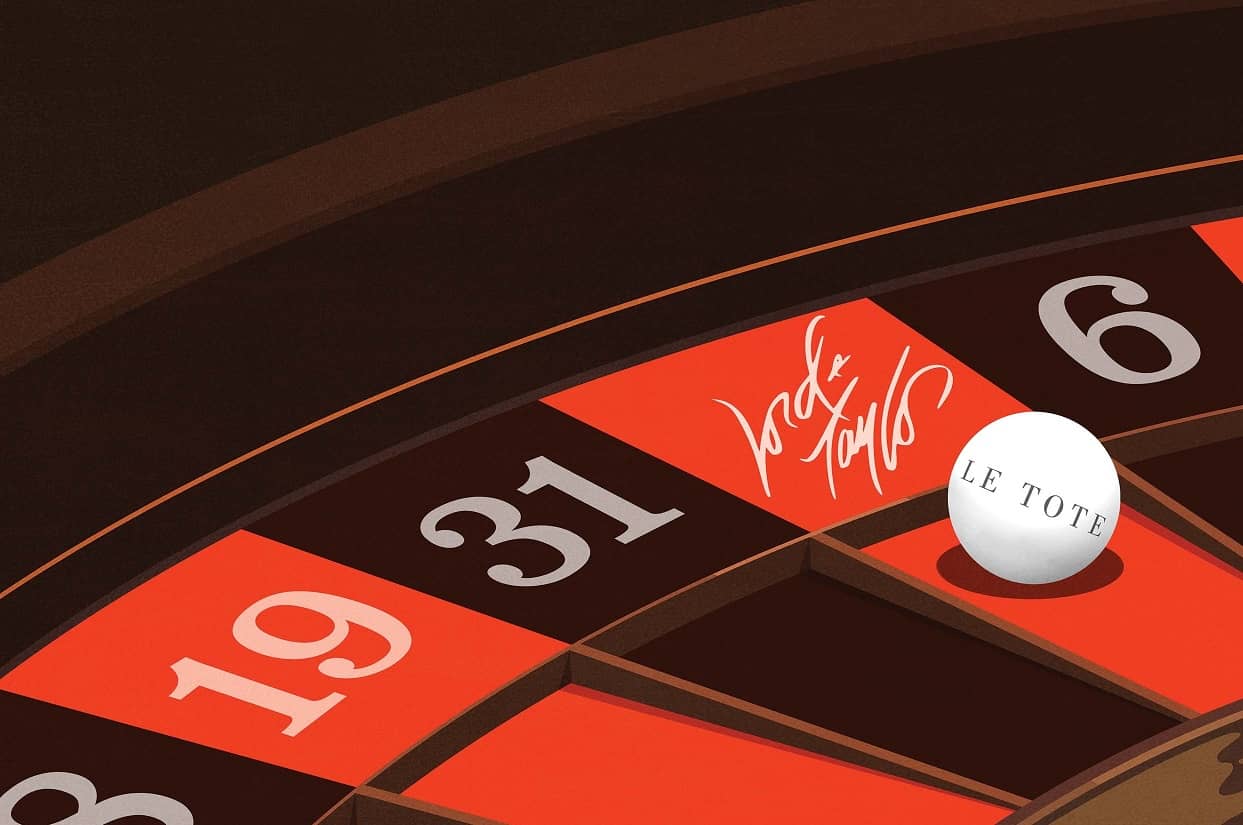 A little startup called Le Tote recently bought Lord & Taylor, one of the country’s oldest brands. What happens next may say a lot about the future of shopping.

THIS YEAR DID NOT START WELL FOR BRICK-AND-MORTAR CHAINS.

In January, Pier 1 Imports announced it was closing up to 450 stores. Later that month, two other prominent retail brands—the high-end audio manufacturer Bose and the paper-goods chain Papyrus— reported their own significant closures. And yet, on the same day that Macy’s announced it was laying off 2,000 workers and closing 125 stores, I was arriving at the San Francisco offices of a startup called Le Tote…where a very different kind of thinking was going on.

Le Tote is not a brick-and-mortar business. It’s a fashion rental company. Users subscribe by the month and can rent and return (or buy) entire wardrobes. But last November, seemingly out of nowhere, this eight-year-old startup purchased the 194-year-old department store chain Lord & Taylor for $100 million. The move raised many serious questions, most of which boiled down to: What?!? In 2018 alone, Lord & Taylor lost more than $100 million. Why in the world would a digital firm want anything to do with a floundering mall cornerstone?

That’s why, when I sit down with Le Tote’s founders, Rakesh Tondon and Brett Northart, there seems to be only one question worth asking: “Are you crazy?”

“You’ve got to be contrarian,” Northart says jokingly. Tondon smiles and says, “That’s where the outsize returns are!” 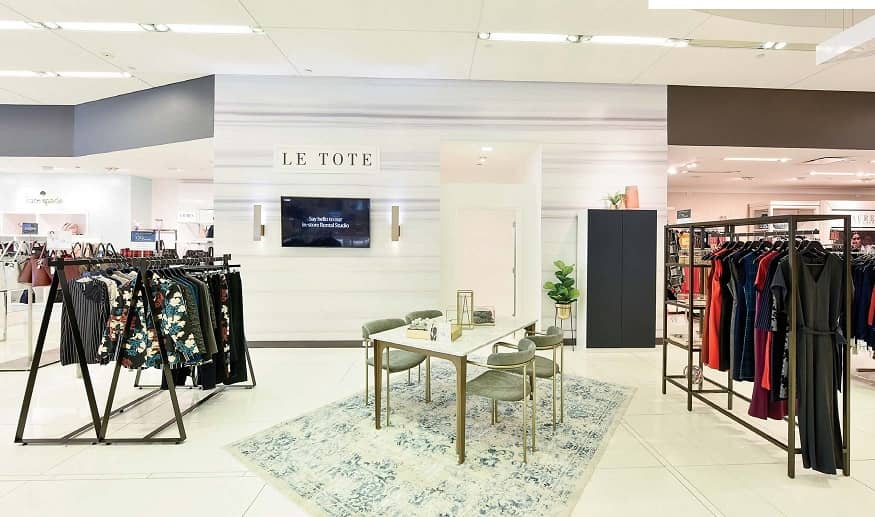 Tondon and Northart are very much aware of the seeming incongruity. To a certain extent, they are even banking on it. Just in terms of press coverage, the Lord & Taylor purchase generated scads of headlines. That’s useful marketing buzz for a startup seeking to bolster its brand in an extremely competitive marketplace.

But there’s more going on here than just a media play. For starters, Tondon and Northart tell me they’re responding to what their online customers have been demanding for years: expanded opportunities for “touch-and-feel,” hands-on interaction with apparel. And armed with years’ worth of data on customer preferences, the duo is confident that it will be able to personalize offline offerings in a way that old-school retailers just haven’t been able to.

They also landed a unique deal with Lord & Taylor’s previous owner, Hudson’s Bay Company: Le Tote doesn’t have to pay any rent on 38 Lord & Taylor stores over the next three years. That’s a lot of free time to experiment and breathe new life into the retail model.

As Tondon and Northart explain all this, it’s clear that their point-counterpoint pitch has been polished to a fine sheen—even if there’s more of a “we’ll figure it out as we go” aspect to their road map than most retail analysts might be comfortable with. But between the lines, a deeper narrative emerges that makes my initial “Are you crazy?” question moot.

That’s because if you look closely at the world of retail, you’ll see a curious shift. Many people once feared that the internet would replace physical stores. It’s why brick-and-mortar stalwarts like Walmart, which came late to the digital party, have been racing to improve their e-commerce chops. But at the same time, the flow is going in reverse: Brands that began life online—from Warby Parker to Untuckit—are now opening on street corners, too. Why? Because news reports notwithstanding, most of us still leave home to shop. Brands that aim to survive the ongoing shakeout all seem to agree: They need to be wherever the customers are.

“The reality is you are not going to be digital-only, or offline only,” says Northart. “Everyone is trying to close the gap.”

Tondon, 41, a native of Kolkata, India, and Northart, 35, a Californian from Sacramento, met a decade ago while working at Ridgecrest Capital Partners, a boutique investment bank headquartered in San Francisco. Neither had a background in retail, but both were alert to the potential of e-commerce.

The idea for Le Tote, says Tondon, came when he saw his wife swapping clothes with her friends while going through her second pregnancy. Few mothers want to keep their maternity clothes, but they keep having to buy new stuff over the course of nine months. Wouldn’t it be better, he thought, if they could just rent the clothing instead? 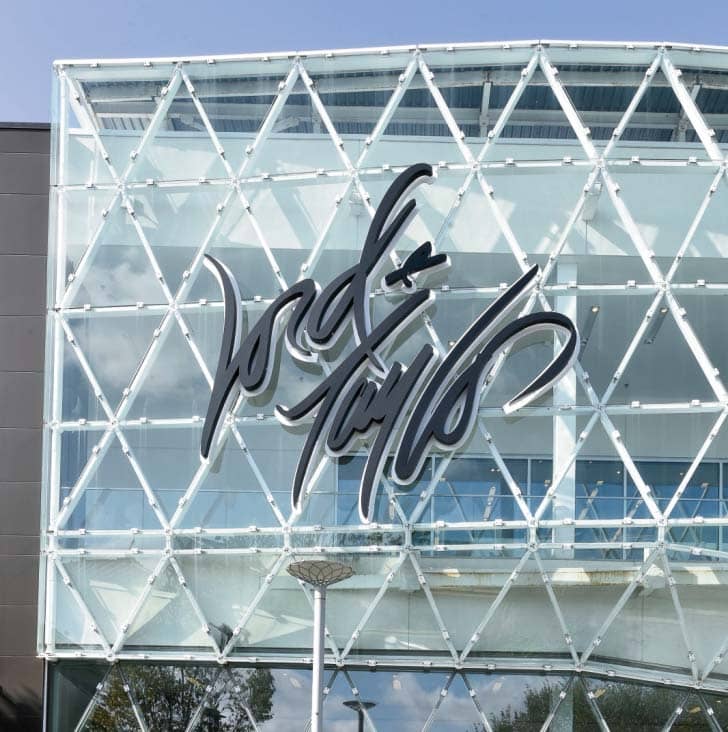 This idea was already in the air. In 2012, Stitch Fix had established a subscription model for online clothes purchasing, and Rent the Runway had pioneered a rental strategy for special-occasion looks. Le Tote combined the two. With the maternity hook and a simple catchphrase—“Netflix for fashion”—the pitch was good enough to get Northart and Tondon into the Y Combinator accelerator program in 2013 and secure venture funding.

“ [It’s] the opportunity to take an iconic brand, dust it off, and make it mean something different in the market.”