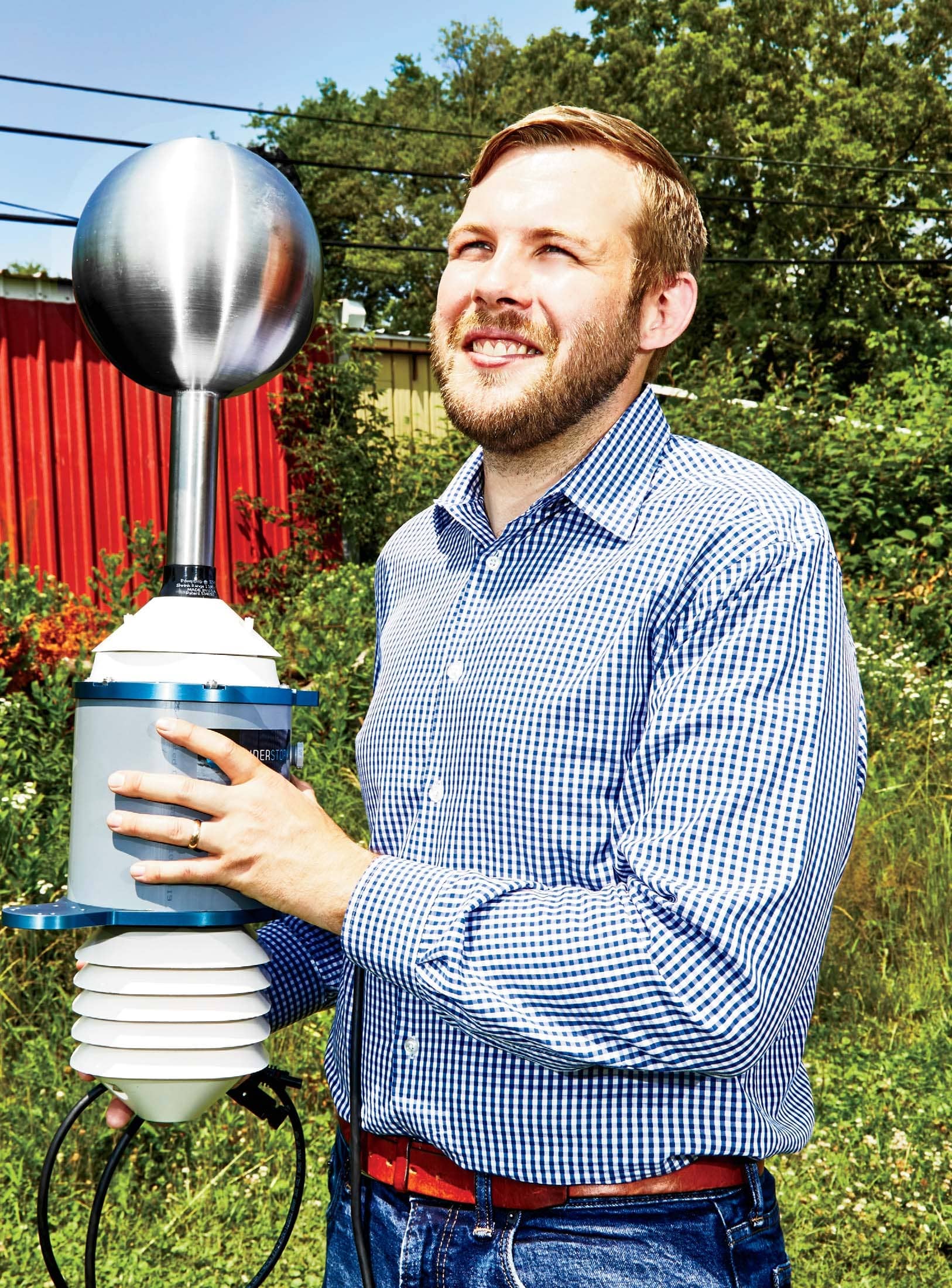 To attract the best investors and employees, startup founders once had to move to the coasts. But more and more, they’re returning to their roots to build their businesses.

Nobody really wanted to fund us,” recalls Alex Kubicek, a soft-spoken Midwesterner with a shrewd scientific mind. He’s thinking back to 2013. He was 25 and had already banked dual degrees in physics and electrical engineering from the University of Wisconsin– Whitewater, as well as a master’s in atmospheric science from top-tier UW–Madison. Then he’d created a hyperlocal weather observation company called Understory and landed it in the first-ever cohort of an accelerator in his hometown of Madison, which in turn sent him off on nearly a year’s worth of pitching to Wisconsin-based investors. But nobody put in money.

Was his company the problem…or was it the stock of local investors? He decided it was the latter, and moved to Boston—where his fortunes changed. The local office of a hardware venture firm called Bolt invested first. San Francisco’s True Ventures went on to lead a $1.9 million seed round. Understory was on its way.

But back home in Wisconsin, something was changing. That Madison-based accelerator, Gener8tor, helped launch another 42 startups in the region while Kubicek was gone. After a ton of work by a group of local entrepreneurs called StartingBlock Madison, American Family Insurance helped open a $55 million, nine-story building, with space set aside for entrepreneurial groups. Other venture capitalists started popping up around town, including Greg Robinson, a Bay Area investor who launched a Madison-based firm called 4490 Ventures. Then Robinson got the idea to lure one of Madison’s homegrown startups back to town.

He asked Kubicek if he’d ever move Understory back to Madison. And Kubicek was intrigued. He was newly wed at the time and hungry for a better work-life balance—or, as he calls it, “tech and babies.” There was plenty of talent to hire in Madison, and for far cheaper than he’d get in Boston. And the economics just made sense. “Our rent was going to be one-tenth what we’d get in Boston for a comparable space,” he says. “We saw we could dramatically increase our runway, basically increase the life of the company by a year, by moving to Wisconsin.”

So in February 2016, Understory came home. And across the nation, many others just like Understory have followed.

THERE’S NO PLACE LIKE HOME. Dorothy knew it. So do entrepreneurs—but for a long time, there was no place to get funded like in California, Massachusetts, New York, and Texas, where companies receive 82 percent of the nation’s total venture capital. So the great startup migration was born. Founders would move to the coasts, enduring high operating costs in exchange for access to investors and top talent.

But in the past few years, smaller cities across the country have gone through the same transformation that Madison did. “There’s typically a small band of really highly influential and dedicated people who push through this groundswell of attention around startups in their community, and it starts to fall like dominoes,” says David Hall, managing partner at Revolution’s Rise of the Rest, a seed fund that focuses on startups in smaller markets. It could be a politician, a university, an accelerator, an incubator, a corporation, a private investor, or an influential founder. In each city, some combination of these parties comes together to foster the growth of its own ecosystem—investors, founders, and talented employees interested in the startup world.

And that, Hall says, has begun to reverse the migration. Some startups that left town are coming back home. And the next generation of founders aren’t all leaving in the first place. In 2018, VC investment rose in 33 states and Washington, D.C.