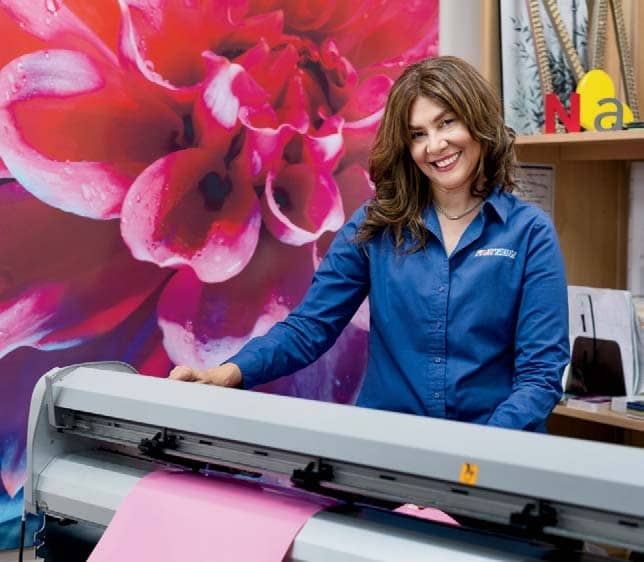 After running her sign-and-awning business for 18 years, Nikki Taheri decided to turn the operation into a FastSigns franchise.

Nikki Taheri grew up in Tehran during the Iranian Revolution and was raised on tales of her trailblazing grandmother—a six-foot-tall woman who chose to forgo a hijab and dressed as a man in order to pursue a career in trade. Taheri never met her grandmother, but she likes to think she inherited some of her gumption.

In 1993, as opportunity and education for women seemed nonexistent in her home country, Taheri fled to the United States, where she earned her bachelor’s degree, discovered a passion for design, and eventually opened a sign-and-awning business in Bayonne, N.J. Nearly two decades later, as business was thriving, Taheri made yet another bold decision and converted her business into a franchised location of FastSigns International in 2018. Joining a network of 724 locations may seem like an odd choice for a successful (and independent) business owner, but so far, all signs point to success.

Why did you want to open your own business back in 2000?