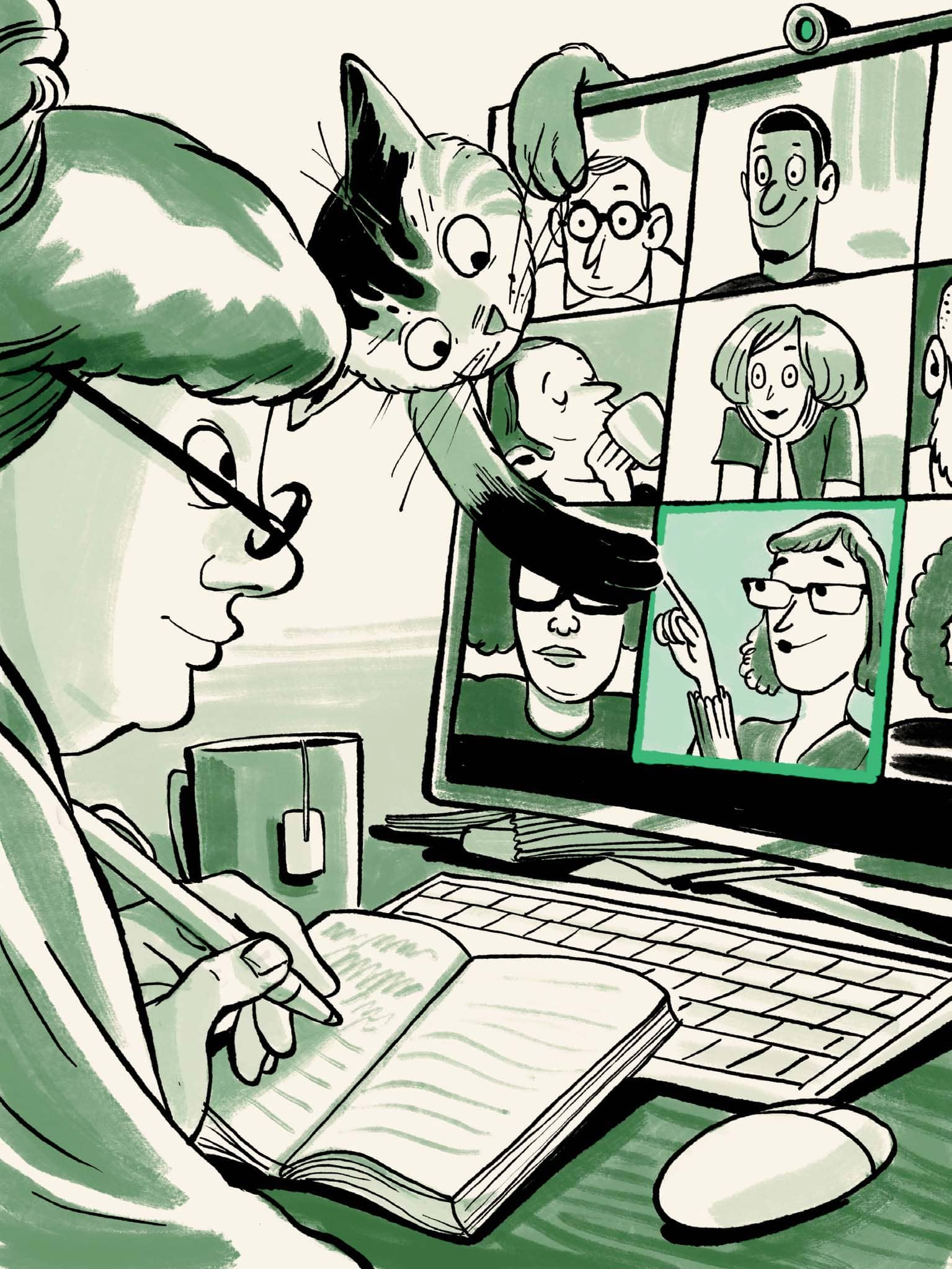 Entrepreneurship is not a solo experience. It’s a collective effort—building a team, finding partners, fostering relationships with consumers that could last days or decades. So while the pandemic has changed the way we connect, it hasn’t changed the simple fact that we must connect. With new tools, philosophies, and work-from-home strategies, we’re setting ourselves up for an interconnected future—whether by screen, in person, or a bit of both.

How to Manage from Afar

If no one is in the office, how do you hire, manage, and keep your staff? A top HR exec says not to worry—we’re onto a good thing.

When the pandemic began, working from home seemed like a temporary solution. Now it’s a permanent fixture, as companies like Facebook and Twitter let many employees stay remote forever, and the research firm Global Workplace Analytics predicts up to 30 million U.S. employees will regularly work from home within the next two years. (That’s six times as many as did before.) “It’s been a forced experiment that has proven for a lot of companies that this can work,” says Paul Wolfe, senior vice president of HR at Indeed, the giant job posting site, whose 10,200 employees are remote until at least September. None of that should shock researchers: In the past few years, studies have found that working from home leads to higher employee satisfaction, lower turnover, and greater productivity. But new workplace settings come with new workplace needs. How do you recruit, manage, and keep employees? Wolfe, who previously oversaw HR at Match.com, Orbitz, and Condé Nast, explains.

1/ HIRING: Expand who you need.

There are many benefits to hiring remote workers. You’re not limited by geography, which may give you access to a more diverse range of candidates, and you can hire based on talent alone…not whether you’d like to sit next to them all day, every day. But that means you’ll be sifting through many more résumés. The solution, Wolfe says: Stop being reactive in hiring, looking at candidates only when there are open jobs, and start being proactive. “So you meet a candidate and go, ‘Oh my God; you’d be a great addition to our company. I don’t have the perfect job for you right now, but let’s stay in contact.’”

Interviewing these candidates will also feel different; it’s harder to get a sense of someone without being in the same room. “You just really have to hone your interview skills to ask the right questions,” he says. Ask about how they set their schedule at home, including examples of challenging days. Another good question: “How did you and your last manager work out goals and objectives and keep each other updated? And if you saw a roadblock, did you raise the red flag early or try to figure it out on your own?”

Running a distributed staff means ramping up what good managers already do—which is to say, make sure everyone feels like they’re on a path to success. “You need to be really clear about goals and expectations, timelines and project plans,” Wolfe says. You should also be empathetic. Not everyone will manage their workload at home the same way, so you’ll need to learn their individual patterns and needs. “Always check in with them to ask, Is the work meaningful? Do they like the people they work with? Do they feel they’re having an impact?” Wolfe says. 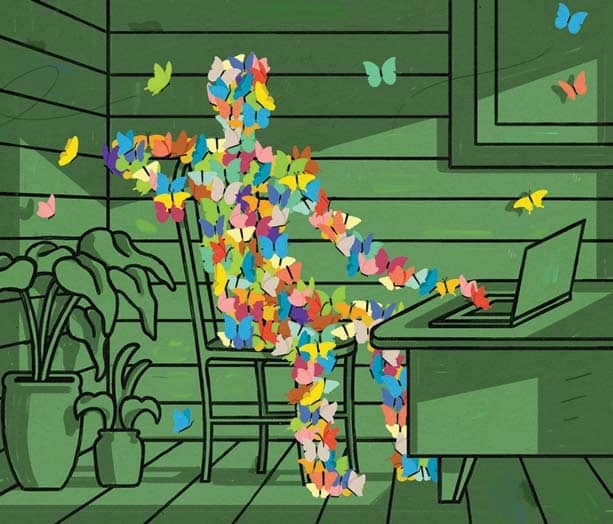 The old workweek may slip into obscurity for some industries, Wolfe says. Employees might say, take off Wednesday for a kid’s play and catch up on Sunday. This kind of goal-based work—as opposed to hour-based work—is something employees have wanted for ages. Companies have resisted it, stuck in their outdated office mentality, but Wolfe believes that the companies who embrace it will drive engagement and boost loyalty.

To keep a team on task in this new time-shifted world, managers should break up projects into short-and long-term deliverables, with clear systems to communicate who’s hitting them. “Giving people the ability to manage their work lives is a really powerful thing,” he says. 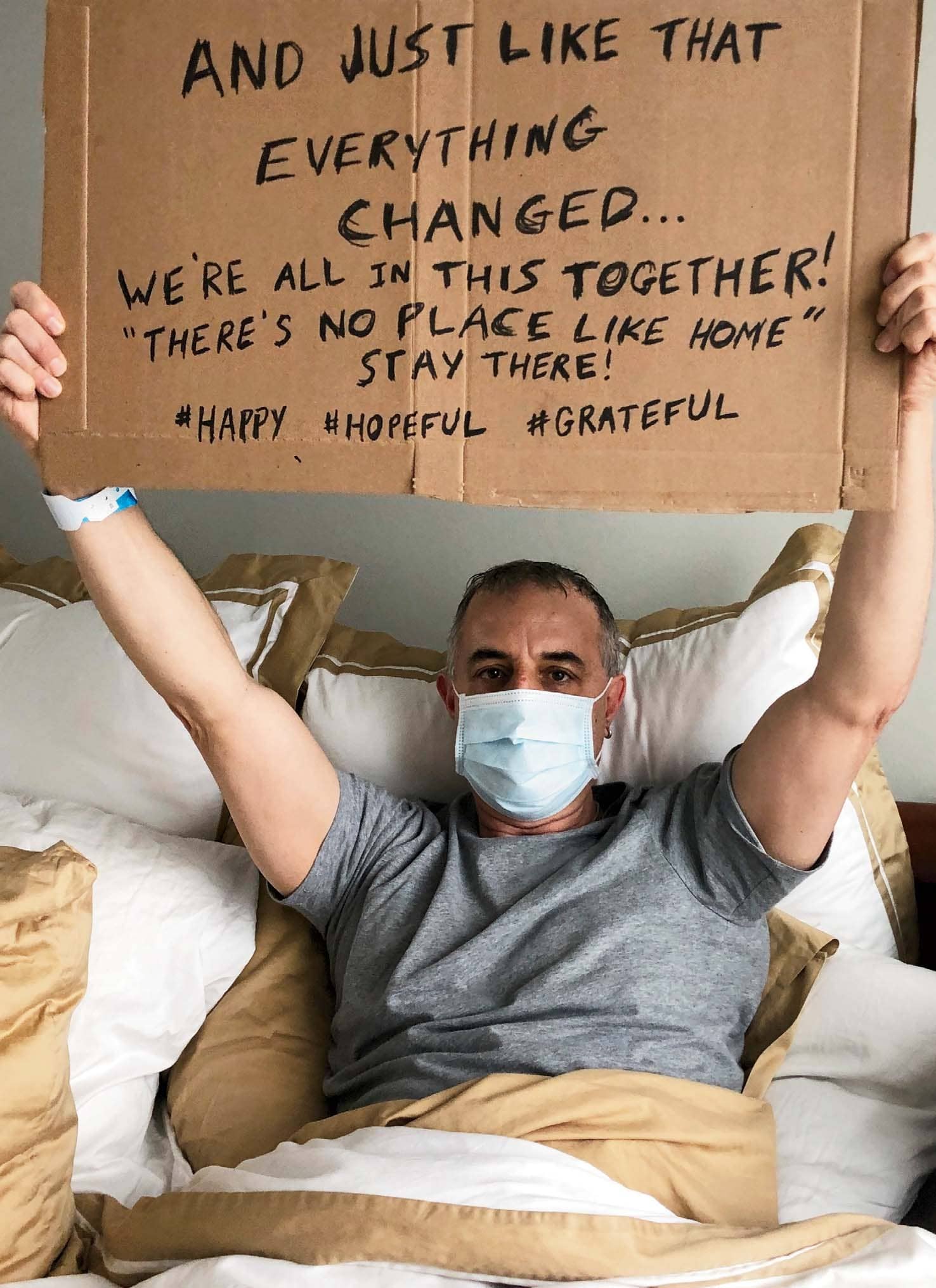 In times of crisis, a leader can rise up—even if, like Eric Yaverbaum, they’re sick in bed with COVID-19. Here’s what he learned.

IN LATE MARCH, Eric Yaverbaum was out for a run when his body shut down. “It just hit me,” he says. “My breathing got very labored. I got a cough, extreme fatigue, body aches like I’d never felt in my life.” He went to the hospital, where a test confirmed his condition: He had COVID-19. Doctors sent him home to quarantine himself.

Yaverbaum is the chairman of Ericho Communications in New York City, and he now faced a challenging question: How does he lead his company while fighting a terrifying illness? To answer that, he drew from his experience in crisis communications. He wanted to be transparent, open, and trusting of his team. We spoke in April after he’d been in bed for 11 days. (He’s since recovered.)

Bizarre. You can feel the virus moving around in your body. The aches—even if you’ve gotten the flu fallout, it makes those aches look like junior varsity.

What did you do after being diagnosed?

You still had a company to lead. I have employees on both coasts. I communicated immediately, and I let my entire company know exactly how I felt. What my company knows about me personally in the past 11 days is significantly more than I ever felt I needed to talk about. I communicated with all the tools that I had, and I did it transparently, optimistically, and realistically.

Your staff must have been afraid—for you, of course, but also their jobs. How did you address that?

Realistically. I said, “Who wouldn’t be afraid?” People like to know about tomorrow. Fear of the unknown exists in everybody’s mind. We are suddenly in an era where we have no idea. The illusion of control has finally been made clear for what it always was: an illusion.

It’s leadership’s job to share calm. Not chaos. I watched September 11 out my office window. I saw jumpers—with everyone in my office covering our mouths, trying to process what we were watching. I was in charge of an organization then. I had to decide what to do, with zero experience. There’s no playbook. It’s instinctual. And I think that in this crisis, you will see great leaders show up. They will help us all take steps forward.

Did you put other people in charge in your absence?