HOW TO OWN A CULTURAL MOMENT: WITH PERSONALITÉ 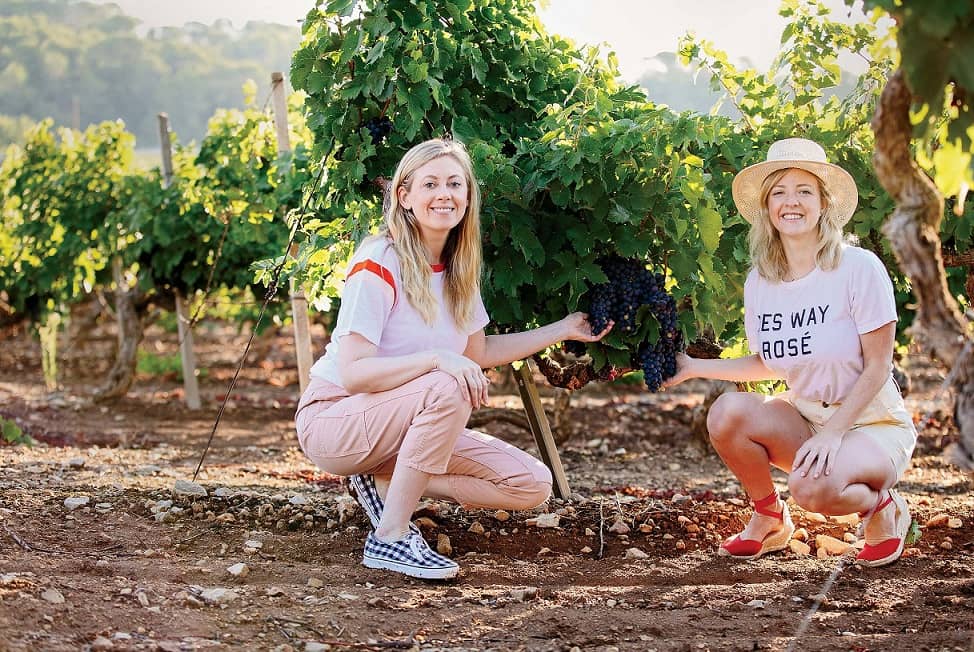 YES WAY ROSÉ began life as a playful Instagram account. Now it’s one of the buzziest wines in America. What happened? It’s a case study in spotting the cultural moment before it explodes…and giving it a voice.

THE YEAR 2020 HAS BEEN A YEAR THAT DEMANDS WINE.

Erica Blumenthal and Nikki Huganir expected this. They didn’t expect the reason, of course—the horrible stress, the terrible tragedies, interminable lockdowns. Instead, they were envisioning pool parties, summer getaways, and the other carefree activities that have lifted them toward the top of the summer’s hottest wine category. Blumenthal and Huganir are the founders of Yes Way Rosé, a brand that was born out of a catchphrase on Instagram but whose silly name has led to serious sales: It’s the no. 1 French canned wine, the no. 2 sparkling French rosé, and the no. 4 French rosé in America.

Back in March, just days before the nation spiraled into crisis, I visited them as they prepped for what was supposed to be a booming summer. It was 10 a.m. on a freezing morning, inside a photo studio in New York’s garment district, and a photographer and a food stylist were on hand to make summertime marketing materials. They’d whipped up a punch that really did look delicious: watermelon juice, vodka, and, of course, Yes Way Rosé, in a bowl that deserved to be the centerpiece of a party.

The two founders toasted each other before glancing my way and becoming acutely aware of the morning hour. “We have to test the product to know that it’s good,” Huganir said coyly. The team on set laughed, then got to work. No one had any idea what was coming.

But as the world changed in the coming months, and many industries were shaken or destroyed, the alcohol industry held on and, in some cases, thrived. In-store sales across all alcohol categories were up 21 percent year over year across America, and online alcohol sales were up 234 percent. Yes Way Rosé’s prominence held steady.

If you were being uncharitable, you could say that COVID-19 was just one more piece of dumb luck for a brand that’s been made possible by 56,000 Instagram followers. Because the thing is, Yes Way Rosé never even set out to become a brand. It began as a joke, just three words repeated infinitely between two friends who spent years promoting other people’s wine before ever thinking to make their own. Yes Way Rosé is a happy accident, you might think. A fluke of social media. But that view misses the point.

The real lesson of Yes Way Rosé is this: Sometimes the best way to build a business is to build a trusting audience. Relate to them. Become meaningful to them. Don’t hawk products to them. And then listen, and let your communité show you the way.

Blumenthal and Huganir have a long history of shared obsessions. They met in high school in Baltimore and bonded over their love of Beverly Hills, 90210 star Brian Austin Green. (“Everyone else had crushes on Brandon and Dillon, but we were all about David Silver,” Blumenthal says. “He was an underdog!”) After briefly losing touch in college, they reconnected when they both ended up living in New York and found that the easygoing rapport of their teen years transferred to young adulthood. They built careers in adjacent industries, Blumenthal as a fashion writer and editor, Huganir as a graphic designer, growing a shared network of friends and creatives in the city.

“Erica was invited to a lot of fashion events, and I was her permanent plus-one,” Huganir says. These events are typically overflowing with free booze (one perk of underpaid creative jobs), but the duo was rarely enthused. “I wasn’t that into drinking besides just having a drink in my hand when I was out,” Huganir says. Blumenthal felt the same. “If you asked me what I wanted to drink, I’d labor over the decision,” she says. “I just didn’t know anything about spirits.”

Then they discovered rosé. The light, crisp, easy-drinking wine had spent a decade or so as the summer drink of the summering class— popular in places like the Hamptons and Nantucket. By the time Blumenthal and Huganir found it in the late aughts, rosé was on its way to being a cultural marker. Much like cosmopolitans had defined evenings out in the ’90s and early 2000s, rosé was becoming the drink of choice for 20-something women today.

“We couldn’t believe how beautiful it was, or how much we loved drinking it,” Blumenthal says. “We wanted to wear the color! It just cracked us up how much we liked it.”

These are the moments that trend-hunters are paid to find—those things in the ether, just ready to be claimed and owned. Blumenthal and Huganir weren’t thinking that strategically, but they instinctively went down the path. They developed a shorthand between them, with evenings out punctuated with wine-based jokes. Rosé all day. Where there’s a will, there’s a rosé. Everything’s coming up rosé. Clear eyes, full hearts, rosé. Their friends joined in, regularly texting puns and pictures of their own pink-filled glasses to the rosé ringleaders.

“After a couple of years of obsession, I just felt this really strong force, like we had to do something productive with it,” Blumenthal says. She pitched an Instagram account to Huganir, who agreed, so long as she could make it “look really good.”

In 2013, @YesWayRosé was born, a mix of silly jokes and shots of the beverage against a sunset or a cityscape. “It was definitely lo-fi,” Huganir says. “We’d post, like, a picture of Jennifer Lopez with her pink engagement ring,” she says, as Blumenthal jumps in: “Jenny from the block with her rosé-colored rock!”

They were giving voice to the drink of their demographic. An audience started to build of people who, like them, loved rosé…and loved to love rosé.