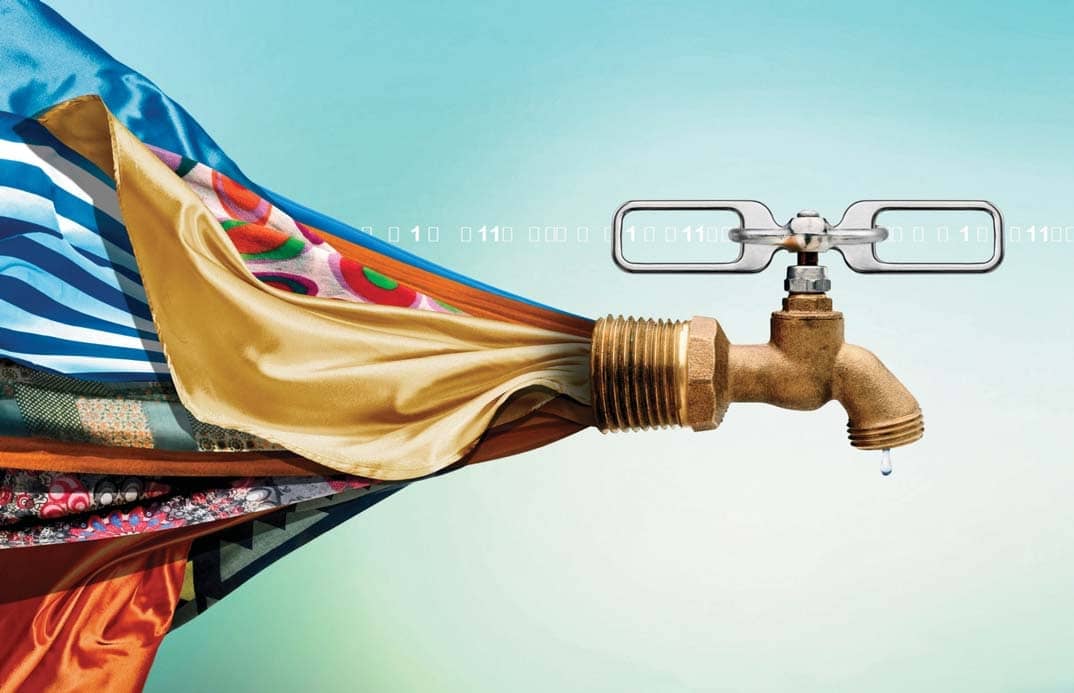 For centuries, innovative companies have found ways to repurpose other companies’ junk. Now blockchain enthusiasts say this process can become a lot more efficient—and open a new world of opportunity for entrepreneurs.

Stephanie Benedetto has always been a material girl—not in the Madonna kind of way, but as a wild child of fabrics. Her great-grandfather came from Austria in 1896 to New York City’s Lower East Side and made coats and boleros out of other immigrants’ furs. Her family has been in textiles ever since. But when Benedetto came of age, she didn’t want to simply carry on. As much as she loved the business, she hated its waste.

The $800 billion global apparel industry, with its ever-faster fashion, has become famous for its squander. It slurps up water like no tomorrow—literally because, at this rate, it will cause extreme scarcity in countries like China and throughout Asia by 2030, according to a report by the Boston Consulting Group. And every year, fashion manufacturing produces 92 million tons of solid waste, most of which goes to landfills or up in smoke. Last year Burberry was called out for burning $37 million of clothes and goods rather than selling them at a discount—a common practice to maintain a brand’s luxury shine. (The company announced in September that it will no longer destroy its inventory.) And it’s not just clothes. Up and down the industry’s supply chain, there’s excess material coming out at the seams. “I saw a massive problem: factories, mills, retailers, brands sitting on hundreds of billions to literally a trillion dollars’ worth of unused raw material,” Benedetto says.

One day a few years ago, as she sipped on a tall decaf skim no-whip mocha, she became determined to solve the problem. Benedetto, an attorney and now 38, had also been studying the potential of the blockchain, the record-keeping technology that fuels everything from Bitcoin to cloud storage. And she realized the technology could be used to upgrade one of the oldest forms of commerce—and make a dent in the garment industry’s waste.