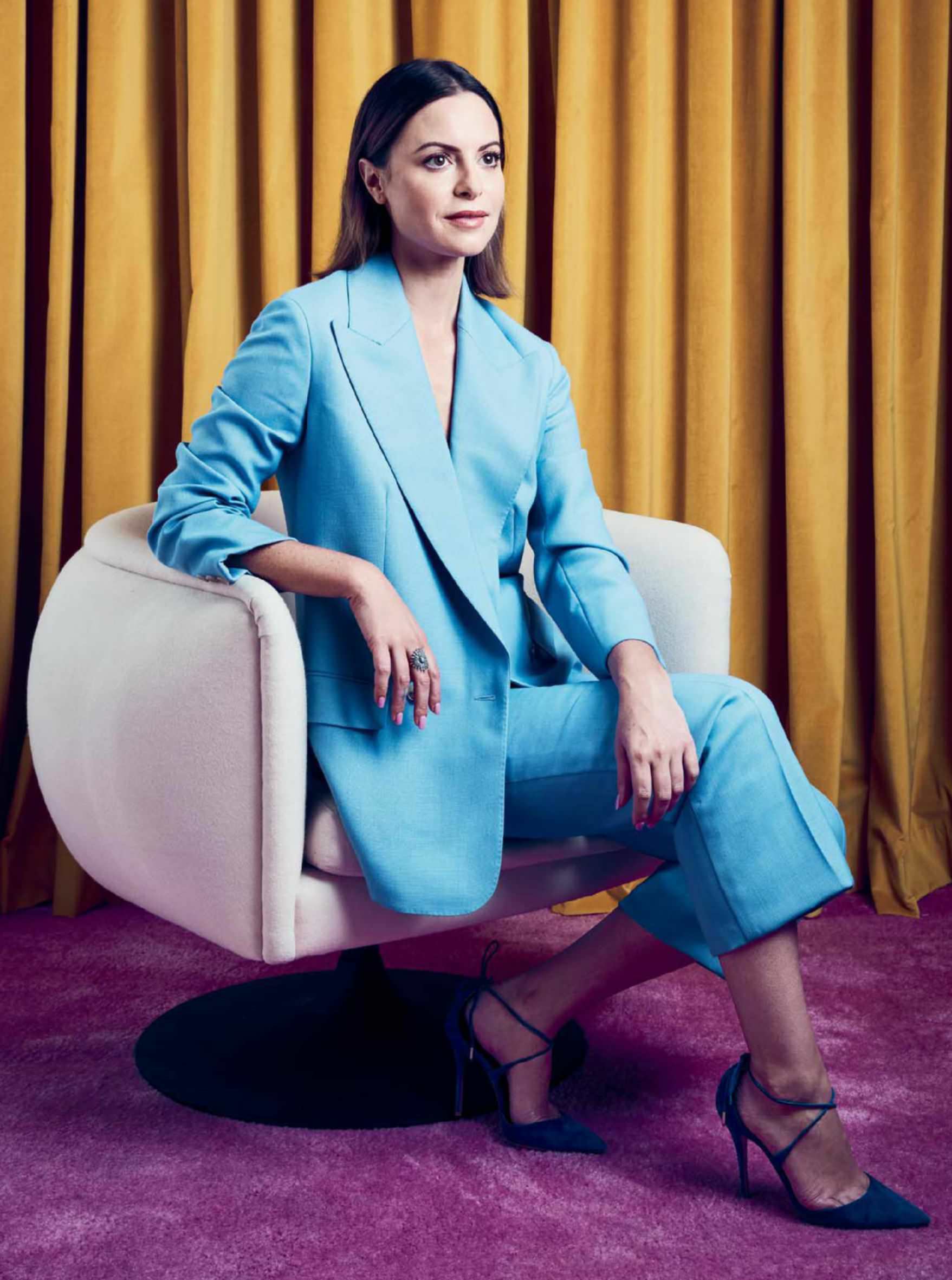 Nasty Gal’s SOPHIA AMORUSO was a hotshot media darling with a booming company and a Netflix series based on her life—until it all collapsed at once. Now with her new company, GIRLBOSS, she’s doing everything differently.

Liz Brody
DURING THE SPRING OF 2017, the world was getting nasty toward Nasty Gal’s Sophia Amoruso. It wasn’t a treatment she was used to. Until then, she’d been an entrepreneurial darling: the It-girl founder of a booming clothing retailer, frequent subject of magazine covers (including Entrepreneur’s: January 2013), regular headliner of conferences, and author of a best-selling memoir. And then, on April 21, the TV version of Sophia streamed out to 130 million Netflix members. It was a comedy called Girlboss, based on her book—a loose retelling of Amoruso’s life (“real loose,” the opening credits stress), in which a Dumpster-diving college dropout launches her fashion empire from an eBay store at only 22.

The series, frankly, wasn’t very good. But that wasn’t the problem. The problem was that, simultaneously, in a rather spectacular back-assward feat of timing, the real Sophia, 33, was out of work, having sold the company she was celebrated for after it filed for bankruptcy amid a pile-on of troubles. The crisscross of Sophia narratives was catnip to critics, who suggested Amoruso was a narcissist and wrote headlines like “Girlboss is a feminist fraud.”

As if that weren’t enough, on top of the dueling Sophias was a third reality: Amoruso had already launched a whole new company she was beyond excited about, for better or worse, called Girlboss.It was, she says of the misaligned stars, a total “mind fuck.” It was also an entrepreneur’s nightmare: a seemingly inescapable failure.

But almost nothing is inescapable.

THIS IS HOW Girlboss—not the book, not the TV series, but the company, the thing that now defines Amoruso’s days—officially began: In the spring of 2016, Amoruso asked to meet with Ali Wyatt. At the time, Amoruso was still riding high at Nasty Gal, which had 300 employees and a net annual revenue of $85 million; Forbes was about to estimate her personal net worth at $280 million. Her book had spent 18 weeks on The New York Times best-seller list, and Netflix had recently announced the show based on the memoir, with Charlize Theron as executive producer and Kay Cannon, creator of Pitch Perfect, as writer. Amoruso was showing up everywhere in a swirl of descriptives, like edgy, ambitious, cool, hashtaggy, bangs, and swagger. And Wyatt, a consultant who’d held top positions at Refinery 29 and Goop, braced herself for the meeting. “I expected someone who would brag and peacock,” says Wyatt. But to Wyatt’s surprise, when the two sat down to talk at La Pecora Bianca in New York City, Amoruso opened up her journal and started taking notes. “She was incredibly disarming in how honest she was, so self-deprecating,” says Wyatt. “And she wanted to learn.”

Amoruso asked to meet because she had an idea burning a hole in her side-hustle pocket. Through the book and her Girlboss Radio podcast, she’d collected legions of young female followers, literally, in the palm of her hand; she just had to look at her phone to see what they wanted. She could feel the opportunity. But for what? She’d toyed with the idea of a “Sophia show” before realizing she was more of an enterprise girl. That day, she and Wyatt batted around the pros and cons of taking a Girlboss concept to a big media company versus flying solo. After excited goodbyes, Amoruso pretty much went off the map. 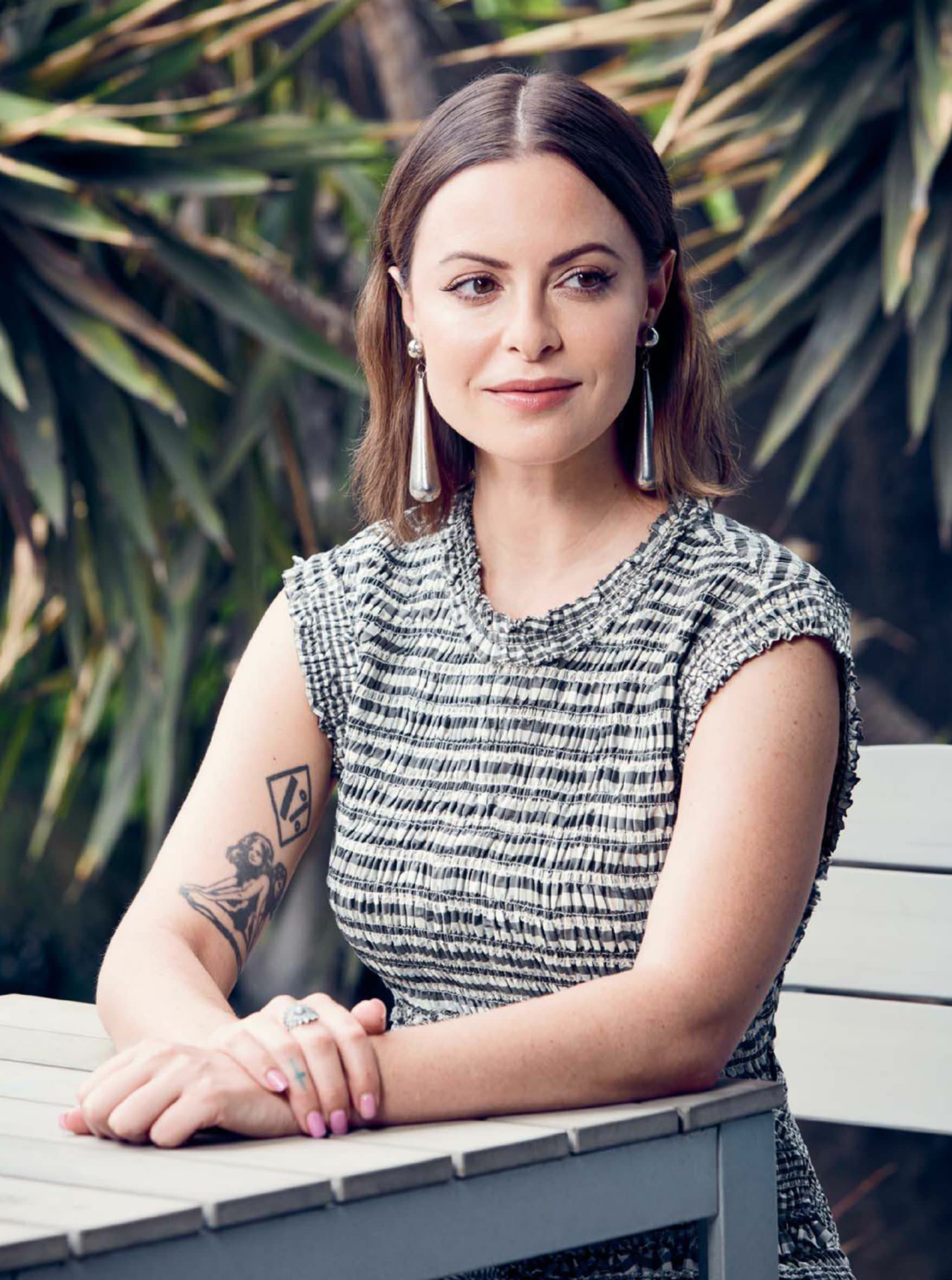 Back at the Nasty Gal offices, troubles were coming to a head— sales slumps, layoffs, lawsuits from employees charging pregnancy discrimination. Staffers vented in Glassdoor reviews. (“It was fucking brutal,” Amoruso says, “having to stand in front of a team you know has written things like that.”) The Chapter 11 papers were filed the day after Trump was elected. To top everything off, Amoruso’s marriage fell apart. “In a six-month period, I was on the cover of Forbes, my husband of less than a year left me, and my company went bankrupt. Very publicly,” she says. “It was kind of incredible.” It’s not like she hadn’t seen it coming. “You don’t go bankrupt overnight,” says Amoruso, who has always been open about her failures, but with the kind of consideration that comes from knowing your personal story is your brand. When the collapse came, she gave herself space to call “every clairvoyant and psychologist and basically anyone Goop recommended.” And she realized something: When the dominoes started falling, she had very few resources. “At that time, there weren’t any young female entrepreneurs, or very few, who had experienced the level of crisis or anything like I had,” she says. “It was a very lonely place to be.”

She needed to change that—for herself and for all the women coming up. Girlboss, she now saw, would be the answer. Amoruso’s vision centered around building a strong community of entrepreneurial young women—actually, they would build it—to help each other through hard times and level up together. The brand would include digital content, live rallies, and a social network the likes of which had yet to be seen. And she would approach it differently: Instead of following her nose, as she did at Nasty Gal (she was, like the character in the show, a punk college dropout without a drop of office experience), she would lead with intention. “I know it’s cliché,” she says, “but vulnerability and making mistakes is at the core of learning. I wanted to build Girlboss with everything I did wrong or didn’t know better to do.”