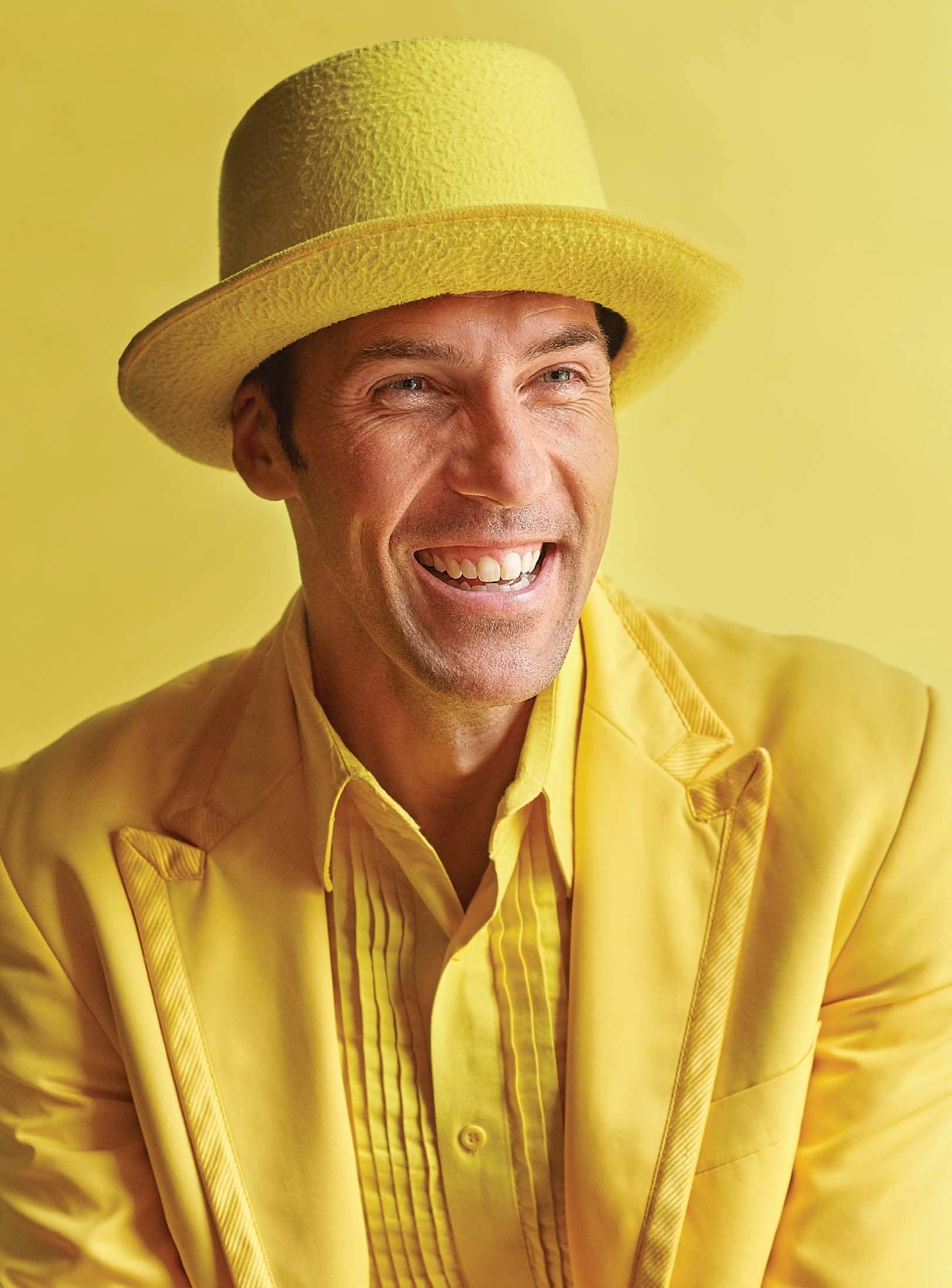 That’s the philosophy Jesse Cole used to build the Savannah Bananas, an unusually popular (and weird) baseball team. And it can work for any business.

Baseball is a game of tradition, and Grayson Stadium is as traditional as they come. The Savannah venue was built in 1926, back when game-day radio broadcasts were a new thing. The Boston Red Sox held spring training here, leading Hank Aaron, Babe Ruth, and Jackie Robinson to round its bases. For three decades, a local high school also took Grayson’s field for its annual Thanksgiving Day game against a military academy. And between 1984 and 2015, it was home to a minor league team called the Sand Gnats. This was all baseball in its classic form— orderly and staid, romanticized by purists.

Now? Things are a little different.

It’s the bottom of the second inning at Grayson Stadium on a muggy midsummer night this past August, and baseball is briefly on pause. The local team is now called the Savannah Bananas, and its four pitchers are lined up along the first-base line in their bright yellow uniforms, thrusting their hips back and forth to “That’s What I Like,” by Bruno Mars. Alex Degen, an 18-year-old pitcher from the University of Kentucky, is really getting into it. I got a condo in Manhattan. Degen thrusts left. Baby girl, what’s hatnin’? He thrusts right. Later, in the fourth inning, he’ll hand out roses to little girls in the stands. In the seventh, he’ll rip off his shirt atop the dugout.

And as he charms and preens, he’ll be just one part of a general circus atmosphere. They’ll toss oversize Dolce & Banana underpants into the crowd. A Summer Santa will drive a VW Bus around the bases. The break-dancing firstbase coach will bust out his moves, and the team’s official, on-the-payroll high-fiving kid will high-five as many fans as possible. “I was shell-shocked when I first saw the Bananas,” says Degen, the pitcher, of his arrival in Savannah. “I was very skeptical. In college, baseball is serious. It took two weeks for me to realize this was fun.” 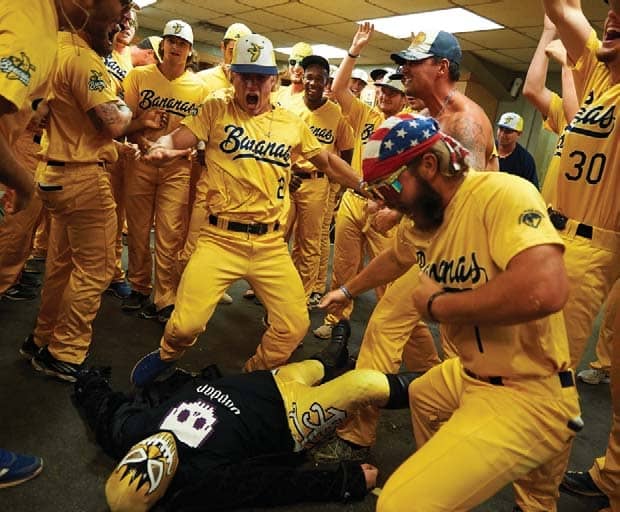 It didn’t come naturally to the team’s owner, either. Like many of his peers, he was once a baseball purist. Then, once he started investing in teams, baseball nearly wrecked his life. He was forced to sell his house and empty his savings account. He and his wife were $1.8 million in debt and sleeping on an air mattress. Things were desperate. But out of desperation came innovation. “We had to dramatically change the type of business we were in,” owner Jesse Cole says. “We needed to no longer be a baseball team; we needed to be an entertainment company.”

That meant fixing any aspect of the fan experience that didn’t inspire joy. And to his eye, there were many: from marketing to sales to stadium food to the sport itself. “Normal gets normal results,” Cole says. “So I thought, What would be abnormal at a baseball game? What will get people saying, ‘I can’t believe what I saw tonight?’ ”

Cole started wearing a yellow tuxedo to every game (and often around town, too) to stand out. He reinvented everything he saw. And in the process, he built this new team at an old, worn-out ballpark into Savannah’s hottest ticket. It’s so hot, in fact, that the team saw 20 percent growth in total revenues last season in line with years of 20 to 25 percent year-over-year improvements. More than 4,000 people pack the stands every night. Savannah’s mayor languished on the waitlist for more than a year before he was able to get season tickets. 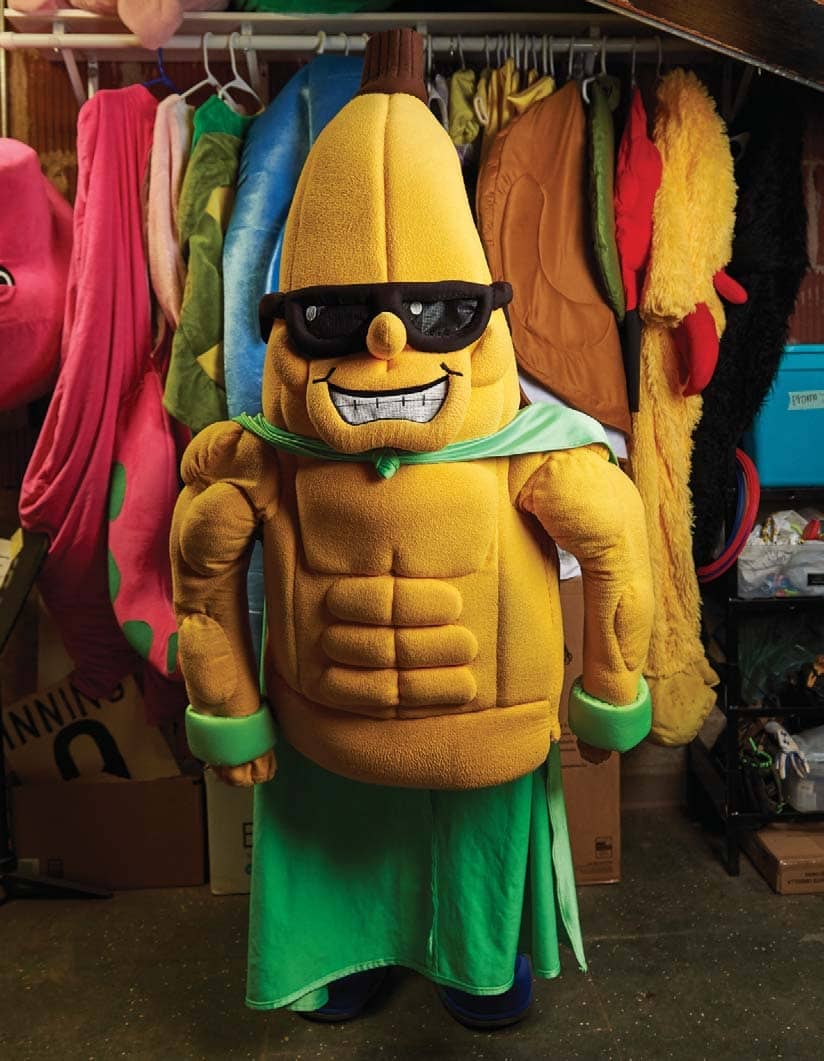 As his team succeeded, Cole began crystallizing a philosophy he calls “fans first.” The idea is simple. At every step, you put yourself in the shoes of your customers and your employees, and you ask: Is their experience exciting or boring? Easy or complicated? Fun or frustrating? And if at any point it’s the latter, then you’ve got a problem. Now Cole is thinking even bigger. If “fans first” could work for baseball, why couldn’t it work for any company in any industry? “For every company that wants to take care of its culture, you want the best possible fan experience,” he says. “Stop doing what your customers hate.”

So that’s what the Savannah Bananas’ chief banana is preaching. Every business is born out of tradition. But what good is tradition if it isn’t making people happy?

Cole is 36 years old, six foot one, banana thin, and unapologetically devoted to his cause. He owns seven yellow tuxes and three yellow top hats, which he wears on rotation daily. His confidence might read as cockiness if he weren’t such a goofball. “It was very Steve Jobs–esque, very Henry Ford,” Cole says of what he’d done in Savannah. “If you asked people what they wanted [in 1900], they would have said faster horses. No one said that the iPod was best for people or that the car was best for people. And no one else realized there was a problem with baseball.”

At first, Cole didn’t either. He’d pitched at an NCAA Division I college and assumed he’d go on to play pro ball. Then he tore his shoulder in his junior year. The injury was career ending, so he moved into coaching. “I had a big epiphany,” he says. “I hated watching the game.” Baseball, Cole realized, was painfully boring if you weren’t on the field.