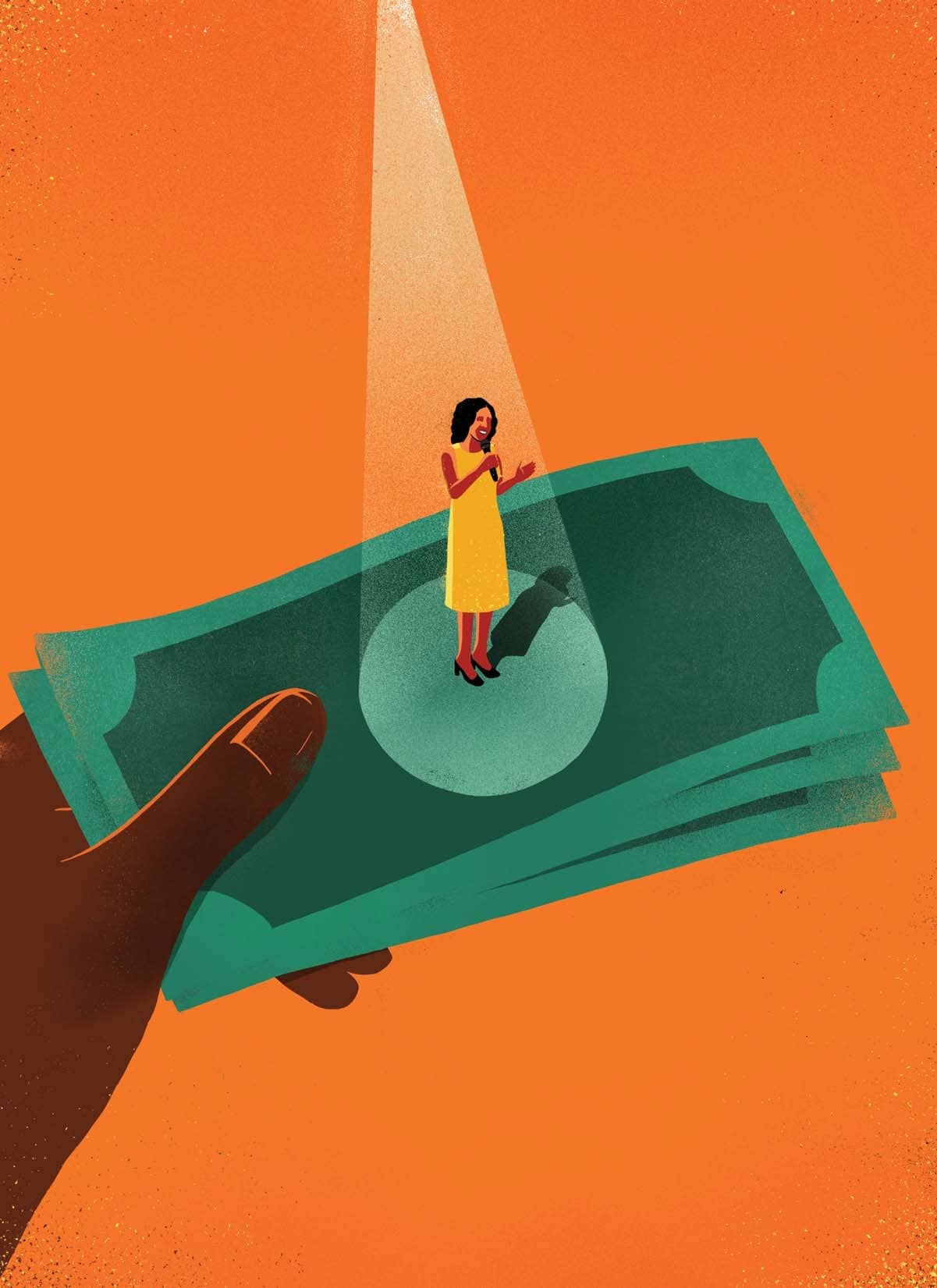 When African American female founders are turned down by investors and banks (which is almost always), what do they do? They find incredibly innovative ways to use their skills and resilience to fund their businesses. Here's what they know.

Most women under the age of, say, 45 dread a particular time of the month. (Fellas, stay with me.) So, Arion Long, an African American millennial out of the Washington, D.C., area, came up with the Femly Box, a way to make the monthly menstrual routine less burdensome and more like a gift. Her ultimate PMS kit includes a supply of organic, all-cotton feminine products, along with wholesome wellness treats, like shea butter, herbal tea, and organic chocolates. For about $30 a month, it comes in a pretty package that gets delivered right to a woman’s door, just in time for her cycle.

When Long, a former health plan communications specialist, launched her business in 2015, she had only one problem: getting funding from investors. “Let’s face it,” she says. “I was talking to middle-aged white men. They didn’t know the product or use the product. And they didn’t care. I’m a brown-faced, five-foot-one-inch young woman, who wasn’t taken seriously. I had done my research and was ready. But young white men—some of whom had simply jotted down an idea on a beverage napkin—got the nod.” Long was hoping to snag a modest $10,000 to $75,000 investment. Everyone she talked to said no.

The numbers bear out her plight. Since 2009, out of the $424.7 billion in total tech venture capital funding, the portion given to Black female founders? A minuscule .0006 percent, according to Project Diane 2018, a report by DigitalUndivided, an entrepreneurial pipeline for women of color. Further, the average investment is only $42,000, compared with the overall average of $1.3 million. The picture is not much better for traditional bank credit. A recent report from the Federal Reserve Bank of Kansas City reveals that 40 percent of Black women who request financing don’t receive a single penny— nearly twice as many as nonminority women who are turned down.

Natalie Madeira Cofield, the founder of Walker’s Legacy, a national network for women of color in business, chalks it up to relatability. “People invest in people they feel connected to, and the majority of those in power don’t necessarily get a Black woman,” she explains. Another way to put that is “selection bias”—which researchers from the nonprofit Diversity VC found “a staggering amount of” after analyzing five years of deals made by 135 firms. “The investors were largely from the same gender, educational, ethnic, and location background as the founders they chose to invest in,” they write.

Cofield goes on to add that turning to family members isn’t generally an option for a Black woman. “Even if they’re middle-class or upper-middle class, they are often providing some kind of financial support to a brother, cousin, parent, or auntie in crisis, or a community group they support, and they just don’t have the disposable income to invest in your business dream. Nor can they quit their jobs to do it.”

But I don’t need statistics to know this is true—I’ve seen it personally. Back in the mid-’90s, when I started my company, Akwaaba Bed & Breakfast Inns, I spent many a sleepless night watching those far-fetched infomercials on how to buy a house with no money down. With eyes wide open, I dreamed of purchasing a dilapidated mansion in my Brooklyn neighborhood and converting it into a luxury bed-and-breakfast, where I would have the time of my life decorating the inn and meeting the world as guests at my breakfast table. In fact, I envisioned owning four B&Bs, one in a different city I loved for each season of the year.

I wasn’t born to the manor; in fact, I hadn’t even slept in a bed by myself until I was 22, because my sister was always pushed up next to me. (We were both queen-size, sleeping in a full-size bed!) I had no money, and so, most would say, I had no business having such a bodacious goal.