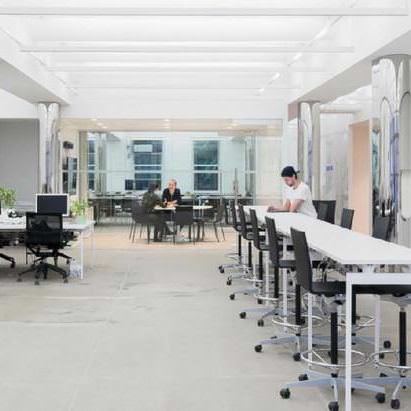 Business incubators arent just for tech anymore. From art and music to food and weed, these 10 hatcheries are giving startups in niche industries room to grow.

There was a time when business incubators were largely the domain of early-stage technology companies. Not anymore. According to the National Business Incubation Association, the U.S. houses roughly 1,500 incubators for startups, and an increasing number of them focus on niches (and regions) that were previously overlooked. Whether you need commercial grade kitchen equipment, intel from music-industry executives or farmers to test your latest agricultural invention, there’s likely an incubator that can help.

Unlike some development programs, which often span just three to four months, many incubators nurture startups for six, 12, 18 months or more. Some incubators offer desks, labs and workshop space in the company of other entrepreneurs; others are virtual. Some offer a set curriculum, complete with sessions or one-on-ones with investors, manufacturers, lawyers, accountants, industry leaders and business coaches; others employ a free-form mentorship model that brings in experts as needed. Some offer free business services; they may even throw in a stipend and housing. Others offer seed capital in exchange for equity or future revenue.

Beyond all this variety, startups in niche industries have highly specific needs. That’s where the following new U.S. incubators come in. We took a look at 10 of the coolest programs out there helping entrepreneurs in highly specialized sectors.

Artists and designers have long been un-derserved by traditional tech incubators. “Scaling may not be their first priority,” says Julia Kaganskiy, director of New Inc, an incubator run by the New Museum in New York City. For example, she says, rather than solving a widespread problem, technologyminded artists may want to create a product that’s simply playful or makes a statement.

New Inc, which launched in September 2014, gives artists, designers and technologists a place to build products, design studios and web-development shops. The program offers qualifying entrepreneurs full-time annual memberships ($600 per month) or part-time three- to six-month terms ($350 per month), both renewable, with space available for 100 members. Artists retain all equity in their businesses and all intellectual property rights to their work. 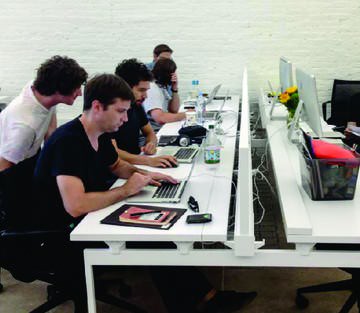 Allison Wood joined New Inc in 2014 to get her startup off the ground. “I think about it as my creative MBA,” says the co-creator and CEO of Reify, a platform that turns music into sculptures using 3-D technology and augmented reality. “It’s my first time starting a business, and I knew I needed to be somewhere that I had the creative support as well as the professional development support to make it work.”

To accommodate its range of members, New Inc teaches fundraising tactics, from grant writing and crowd funding to angel investments and venture capital. Demo-day audiences include investors, gallery curators, creative directors from top brands and agencies, and members of the press.

Collaboration is encouraged. Wood met her company’s CTO, creative director, art director and several freelance designers through New Inc. “It’s been pretty awesome to have all that under one roof,” says Wood, who now rents a second office in Brooklyn for her growing team. “I don’t think you can pay for that.”

At The Bio Science Center, an incubator for biotech and life-science startups in Albuquerque, N.M., entrepreneurs are encouraged to stay for at least three years. “Biotech has a little bit longer runway,” says Lisa Adkins, COO and director of the center, which launched in 2013. “It takes them longer to get going and certainly to get funded and to get to proof of concept and whatever sort of testing they need to do.” Not to mention, she adds, to get through the protracted FDA-approval process.

For founders on this path, the 20,000-square-foot center provides offices and wet chemistry and microbiology labs at below-market rates ($23 per square foot for office space; $25 for labs); alternatively, founders can exchange a small percentage of their equity or future revenue for use of the space. Either way, the package includes an assortment of industry mentors, workshops and mock pitch sessions.

So far the privately owned incubator, founded by Stuart Rose, a serial entrepreneur with more than four decades in the pharmaceutical manufacturing industry, has hosted about 20 startups developing vaccines, medical devices and research tools. Three of them have since moved to their own space, Adkins says. The center also houses an attorney, a technical writer, a prototype-development company and other anchor tenants that provide startups with reduced-rate services.

For Rodney Herrington, an engineer who invented a hand-held water purifier, the avalanche of information he has received since joining the center in 2013 has been priceless. Same goes for the referrals to manufacturers, investors and other potential partners his incubator colleagues routinely share.

“There are people in the building who are saying, ‘Since you’re looking for financing, here’s another angel investor you might be interested in.’ That’s quite valuable,” notes Herrington, whose H2gO Purifiers now sell at REI and other sporting-goods stores as well as to nongovernmental organizations offering assistance in developing countries.

After Brian Ferguson was wrongfully convicted of first-degree murder and imprisoned for 11 years, he and brother Albert Ferguson began developing Startline (originally called Angel’s List), a comprehensive database of available employment, housing, healthcare and other social services for prisoners returning to life on the outside.

Brian, who was handed a list of outdated resources upon his release, saw the need firsthand. “There was no hub,” Albert explains. So the brothers hatched an idea to build one online.

It was just the kind of venture that Halcyon Incubator a Washington, D.C.based residential fellowship for social entrepreneurs was looking for.

“We wanted to find the most talented entrepreneurs that we could, tackling the most hairy 21st-century social problems in the most courageous and innovative ways,” says Kate Goodall, COO of S&R Foundation, the nonprofit that funds Halcyon, which launched in fall 2014.

Halcyon fellows receive a $10,000 stipend and live and work in a historic Georgetown mansion for the first five months of the program. They continue to work at Halcyon’s communal offices for another seven months rent-free, then transition to a discounted WeWork co-working space for six months.