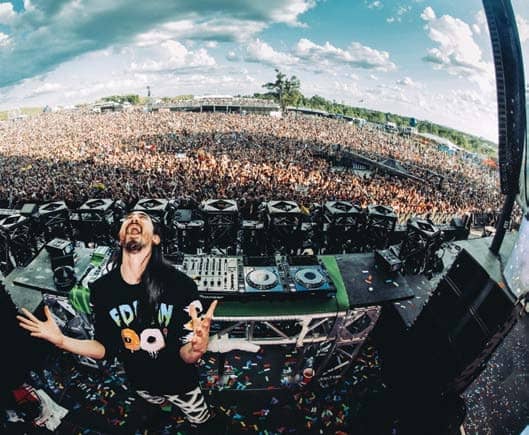 As a teenager, Steve Aoki, the electronic dance music producer and award-winning DJ, joined a sub-genre of hardcore punk called straight edge. Under its DIY philosophy, you get together with friends and do everything yourself. From there, started an extraordinary journey.

“As a kid you grow up with your friends, and what they listen to, but the subculture was what really got me into music. This little culture is something you want to help expand because it’s so small, and no one else is going to do it for you beside yourself because it’s that small,” says Aoki. “It was a great building block to learn instruments, play music in a group setting, absorb how to work with others, be in bands, and just know that the barrier of entry is not so difficult at such a young age. It allowed me to have foresight, be a creator and do all kinds of things,” adds the American artiste, who is of Japanese descent. He has created blockbusters like “You Are Lonely”, “Just Hold On”, “No Beef” and “Play It Cool”.

Most of Aoki’s albums are inspired from his immediate surroundings.

“Inspiration comes from everywhere, it doesn’t have to necessarily evolve from a song but from living life.”