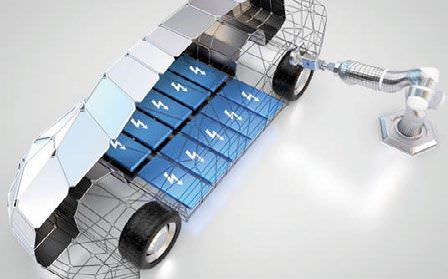 This is the right time to set up an EV battery manufacturing unit in India.

India aims to have an all-electric fleet by 2047, instead of the government’s earlier target of achieving this by 2030. The initiative has given a major push to the automobile market to manufacture batteries in India. Currently, the ecosystem lacks large lithium-ion battery plants. Due to this, most batteries are imported, leading to high cost. This, in turn, impacts the cost of vehicles.

Prospects of an EV battery business

According to a report by Frost & Sullivan, the Indian electric vehicle (EV) battery market is projected to grow by 33 per cent between 2018 and 2030. It will increase nearly 13 times in manufacturing capacity, from 100 gigawatt-hour/year at present, to 1300 gigawatt-hour/year during this period. Reports suggest that passenger cars and two wheelers will attract the highest investment.

Kapil Sood, managing director, Fusion Power Systems, says, “It is a good time to be a player in the EV battery business. Demand for EVs is increasing, creating a demand for the batteries as well.”

Makers of all kinds of vehicles, like Mahindra and Mahindra, Toyota and Hero Motocorp, are actively investing in and collaborating with parallel industries to kick-start the production of EVs.

Telangana-based Goldstone Infratech Ltd has launched electric buses in Himachal Pradesh and will soon be launching these in Mumbai. Such investments are driving the demand for batteries and, in turn, encouraging the involvement of more industry players in domestic manufacturing.