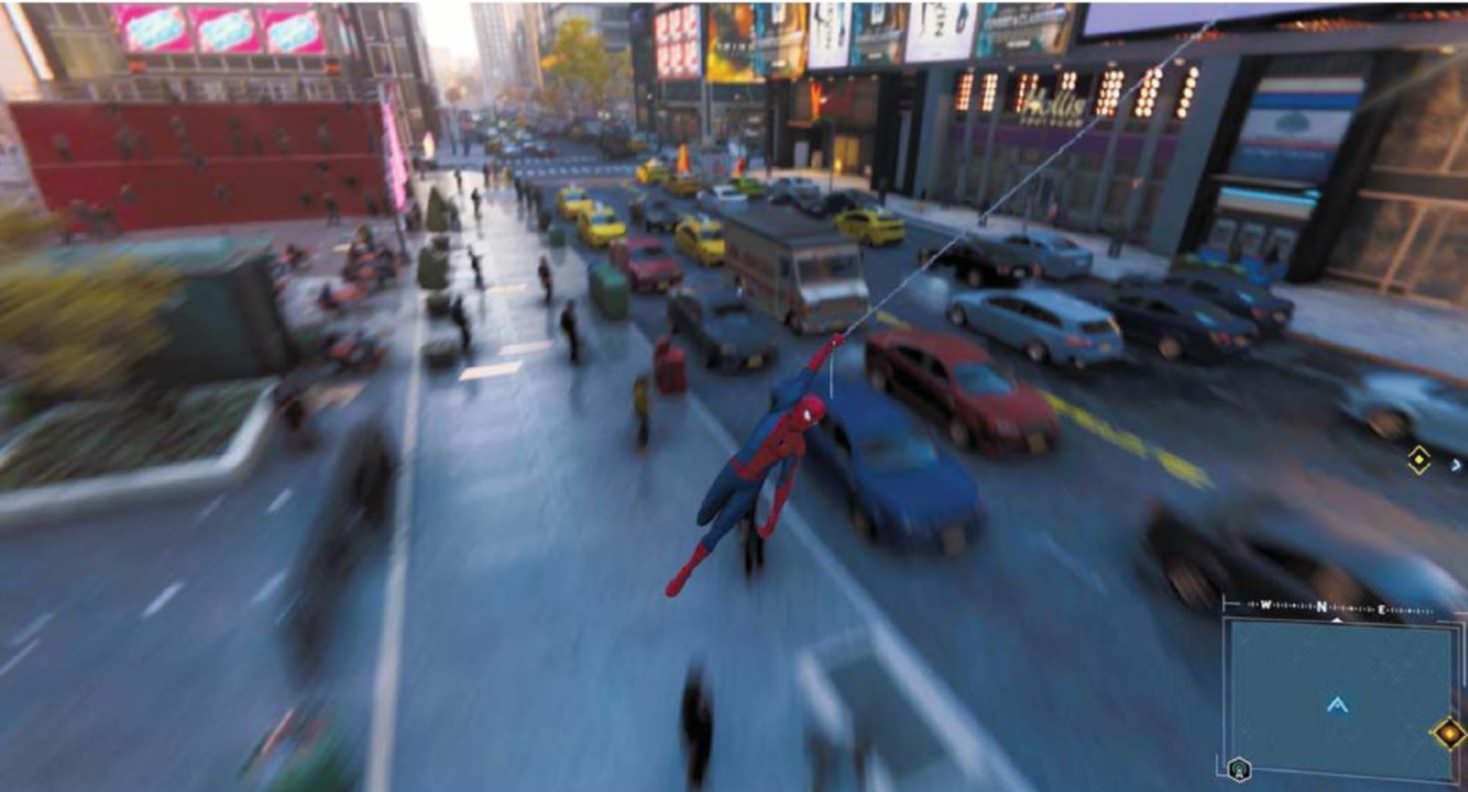 A few minutes into Marvel’s Spider-Man, Peter Parker is preparing to suit up and head out.

Picking up his costume from a table, he brings it to his nose, and looks briefly disgusted. It’s the sort of peek behind the curtain that this kind of game should be perfect for: it’s only when you get this close to a superhero, and see the world through their eyes for a couple of dozen hours, that you start to wonder about the little things: about, say, what a man-made, skintight costume might smell like after a few nights on (and above) the town. Not great, it turns out.

It’s also, whether by accident or design, a canny way of introducing one of the game’s key features. Parker can change his getup (and its accompanying loadout) on a whim, crafting new kit using tokens earned through completing various open-world activities. If Parker’s failed sniff test is an elegant way of introducing us to suit crafting, however, the opening hour of his latest game fails what Edge has come to know as the phone test. It’s a miserable start. By introducing its various currencies one after the other – clear bases to earn base tokens, stop street crimes to earn crime tokens, and on and on – Insomniac has us frequently reaching first for the pause button, and then for the phone in our pocket, looking for something better to do.

Mercifully, it’s a false dawn. Insomniac will still be introducing you to new currencies 15 hours later, but by then they’ll be so infrequent as not to irritate, and in all likelihood you’ll be so in love with the game they underpin that you won’t mind the intrusion in the slightest. This is a troubled game, certainly. Yet it gets away with a tremendous amount thanks to the easy charm of its characters, its fine technical achievements and, above all, the graceful implementation of its decades-old power fantasy. Spider-Man has had his ups and downs in videogames. This is by far his peak.

You’ll be forgiven for not quite agreeing early on, when the idiosyncrasies of the traversal system have yet to reveal themselves, and an apparently amazing superhero spends most of his time bouncing awkwardly off the sides of buildings, smacking into cars, or landing gormlessly on rooftops after finding nothing to moor his webbing to. By game’s end, however, you’ll be fully deserving of the name, cresting the corner of a skyscraper’s roof and pirouetting into the night sky, doing a couple of airborne forward rolls before diving at pace back towards terra firma, swinging back up inches above street level. You’ll have unlocked skills that mean that, if you do make a mistake, momentum is easy to regain. But it’s personal experience, rather than experience points, that make the difference. Rare indeed is the open-world game where you purposely choose far-off objectives because of the pure pleasure of getting to them. The game has a fast-travel system, for some reason. Only a fool would use it.

Combat follows a similar pattern, even if it’s ostensibly more familiar than the web-slinging traversal. One early sticking point is the button mapping, in which Insomniac tries vainly to disguise the obvious Arkhamisms of its fighting system by putting dodge on the Circle button, instead of Triangle. Yet the developer quickly reveals that this is no copy-and-paste job. While the lowest level of enemy fist fodder can be dealt with on the ground in the jab-thwack-counter Batman style, those with melee weapons will block your attacks, and must be dealt with in the air. Holding the attack button sees Parker perform an uppercut that launches an opponent skyward; the next punch will take him into the air to continue the assault.

Later skills will let you stay up there, with a Bayonetta-style web pull that yanks foes toward you proving particularly invaluable. Enemies with guns can shoot you out of the sky, while those with whip-like weapons can yank you back down to ground level. Both can be dodged, but doing so will take you out of range of your mid-air victim more often than not. Unlock the swing kick, however, and you can not only avoid an imminent attack, but take your quarry along with you so you can maintain your combo.