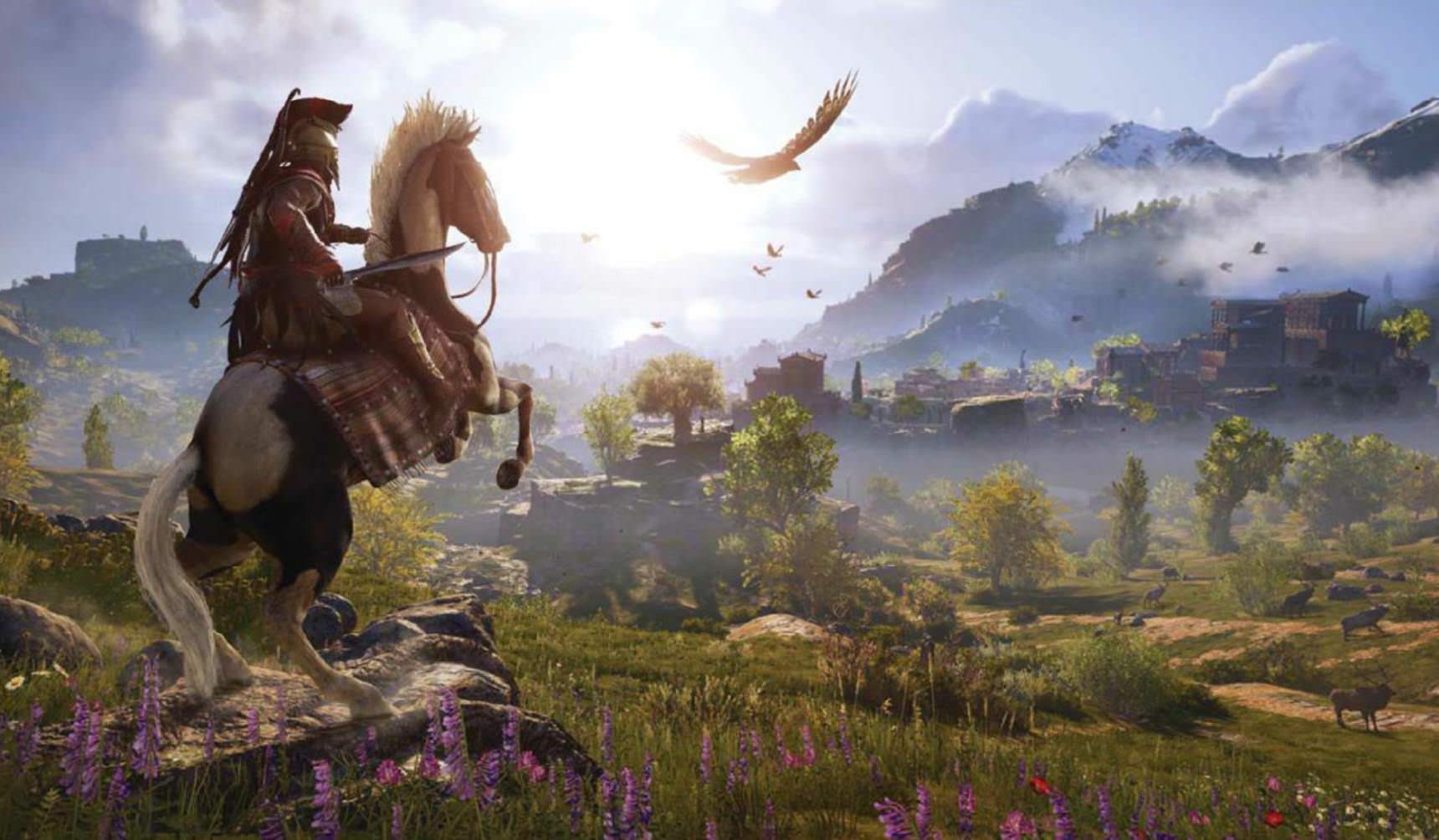 How might this year’s Assassin’s Creed play if it wasn’t just named after Homer’s Odyssey, but modelled on it? For starters, it would probably forgo the open world genre’s usual rhythms of acquisition and conquest. The Odyssey is, after all, the account of a refugee, returning by sea in the aftermath of a ruinous war. Rather than letting you climb every mountain you see, a game based on this story might make a virtue of impotence, asking you to endure the whims of spiteful gods, beg shelter from wary rulers and use cunning rather than force to overcome monstrous creatures. It would trade the average open world’s glut of navigational aids for a meditation on alienation and forgetfulness: when Odysseus finally arrives at his home island he no longer recognises it, and can only wander the shoreline in despair.

With its bustling map screen, abundance of gear categories, unlockable supermoves and many prizefights with gorgons and chimeras, Assassin’s Creed: Odyssey is not this game and nor does it pretend to be. But as narrative director Mel MacCoubrey explains, the developer’s readings of Homer alongside other ancient Greek authors have shaped Odyssey’s world, as the 20th Assassin’s Creed continues its predecessor’s push into the roleplaying genre. “We did a lot of research into Oedipus Rex, the Odyssey, crazy stuff like Lysistrata – all of these amazing Greek texts,” she recalls. “We looked at which of them would be structurally sound for an open world, and how we could mix the structure of an ancient epic and a Greek tragedy into one, and that very much influenced who the protagonists then became – they’re brought from tragedy into this big world experience, and you see it all through their eyes for the first time.”