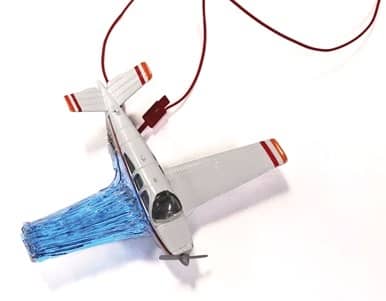 Filaments with embedded circuitry can be used to print complex shapes for biomedical and robotic devices.

A new method developed by MIT re-searchers uses stand-ard 3-D printers to produce functioning devices with the electronics already embedded inside. The devices are made of fibers containing multiple interconnected materials, which can light up, sense their surroundings, store energy, or perform other actions.

The new 3-D printing method is described in the journal Nature Communication, in a paper by MIT doctoral student Gabriel Loke, professors John Joannopoulos and Yoel Fink, and four others at MIT and elsewhere.

The system makes use of conventional 3-D printers outfitted with a special nozzle and a new kind of filament to replace the usual single-material polymer filament, which typically gets fully melted before it’s extruded from the printer’s nozzle. The researchers’ new filament has a complex internal structure made up of different materials arranged in a precise configuration, and is surrounded by polymer cladding on the outside.

In the new printer, the nozzle operates at a lower temperature and pulls the filament through faster conventional printers do, so that only its outer layer gets partially molten. The interior stays cool and solid, with its embedded electronic functions unaffected. In this way, the surface is melted just enough to make it adhere solidly to adjacent filaments during the printing process, to produce a sturdy 3-D structure.

MORE STORIES FROM ET POLYMERSView All