There Hasn't Been a Boring Moment in My Life 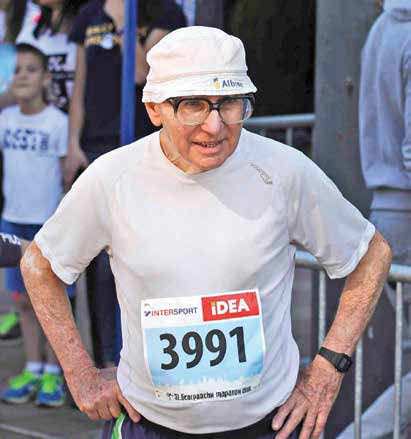 Professor Shaul Ladany (age 82), who is still a record-holder in 50km-race walk and whose fascinating destiny reflects the suffering of the Jewish people and what transpired in Belgrade in the World War II, has shared his life experience with our fellow citizens during his first ever visit to Belgrade in 70 years

Following an initiative by Color Press Group and with the assistance of the Israeli Embassy in Serbia, the city of Belgrade and the Serbian Olympic Committee, Shaul Ladany, the Olympian, professor emeritus at the Ben-Gurion University in Israel, world record holder in 50km race walk and the recipient of the Pierre de Coubertin medal for his exceptional contribution to the Olympic movement, visited Belgrade. This is the first time in 70 years that professor Ladany visited the Serbian capital which also his city of birth.

Shaul Ladany was born in Belgrade in 1936. He survived the destruction of his family’s house in the bombing of Belgrade in 1941 and consequently escaped to Hungary. He was taken to the Bergen-Belsen concentration camp in 1944, survived the gas chamber which broke down after he was taken in for execution, and escaped the camp on the Kastner Train. Four years later, he emigrated to Israel, became an Olympic champion in racewalk and marathon, and was appointed university professor who wrote hundreds of scientific papers. Professor Ladany’s incredible life story also took him to the Olympics in Munich in 1972 where he survived the notorious attack of the Palestinian terrorists on his Olympic team by jumping out of the window. 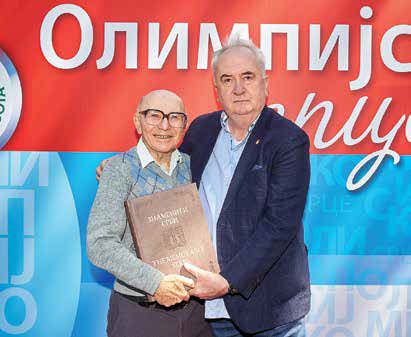