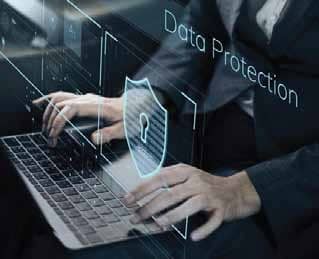 Security and privacy concerns can be the new set of deterrents for E-waste owners. A big fly in the ointment?

Uncle Murphy always has his way. If the walls of inconvenience, cost, health issues and infrastructure were not enough, now we have another wrench in the recycling wheel – the data factor!

As the steam builds up on fresh requirements on data security through the new SHIELD (Stop Hacks and Improve Electronic Data Security) Act in cities like New York, recyclers like ERI are re-orienting themselves to the next big question. Is it safe and compliant-with-law to recycle electronics and destroy data?

Who could have thought that hardware destruction could also translate into a cybersecurity worry? But in a post-GDPR ( General Data Protection Regulation) world, this should not be too much of a surprise. What is tricky though is the timing. just when we thought the world is waking up to its green responsibilities, data security issues hit a new snooze button.

A recent survey by 3 Step IT found 18 percent of organizations claiming to have a sustainable IT policy to take their obsolescent hardware to the dump, and 8 percent saying they have it destroyed. Would these regulatory pressures or hacking threats make these numbers even thinner?