Managing Portfolio In Times Of A Bubble 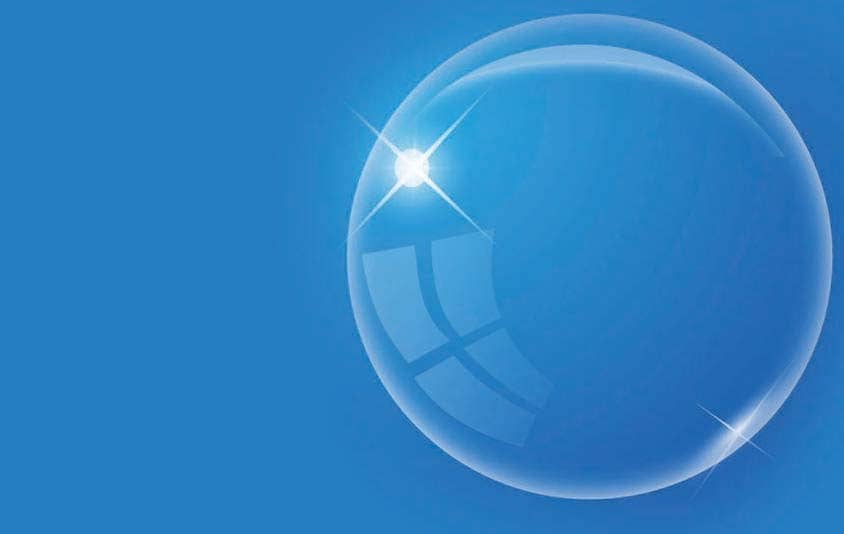 Even when the markets turn volatile due to various external factors, it is a proven fact that merely watching from the sidelines is of no help. During such times it becomes a necessity to adopt a strategy that will help you to mitigate downside risk. And one of the best strategies is to engage in wise portfolio management

“The four most dangerous words in investing are: This time it’s different.” These were the words of John Templeton, a legendary investor, and mutual fund manager, who founded the Templeton Growth Fund. It is also said that more money has been lost due to these four words than at the point of a gun. Consider the ongoing scenario: the equity market has probably generated one of the best returns in the shortest span of time over the past few months. In fact, in the last five months, equity indices are up by more than 50 per cent. Record low-interest rate, dovish central banks, a gush of liquidity, and a vaccine on the horizon are some of the factors that investors believe to be different this time. This surge in the equity market is not something specific to the Indian equity market alone. Equity markets across the globe are rising in a synchronized way. If we take into consideration some of the major indices, our recent climb will actually pale in comparison. If we exclude the FTSE 100 of the UK, all the other major markets have outperformed us. In fact, our equity market represented by Nifty 50 was one of the worst-hit during the March 2020 fall and not the best to post-recovery.

Nonetheless, there are investors who are angst-ridden, worried by the fear that the party in the equity market could come to a screeching halt and that the fizz may dissipate soon. Extreme valuations, border tension against China and a month that is seasonally considered the weakest for equities provide ample reasons for an investor’s anxiety.

Against this background, it becomes a necessity to adopt a strategy that will help you to mitigate downside risk. At the same time, we all know now that remaining on the sidelines is not an option. Especially in an environment like this one in which the central banks have declared a lasting low-interest-rate environment and injected historic amounts of liquidity into the financial system. Besides, there is also a change instance by the US Federal Reserve, which means one may not see the repetition of the taper tantrum of 2013. In addition, governments around the world are also not leaving any stone unturned to revive the economy. Therefore, opposed to fearing bubbles and trying to forecast them, it makes more sense to have a solid plan to survive and ideally thrive during a bubble.

Reading the data of mutual fund inflows, it shows that investors are already charting out some active strategies. On the face of it, it appears that mutual fund investors are showing signs of nervousness and are in the process of booking profit or moderating their inflows through a systematic investment plan (SIP). Data from the Association of Mutual Funds in India (AMFI) reveals that net inflows to the equity mutual fund have been showing a continuous decline since March 2020. From the recent high of ₹11,723 crores of net inflows reached in the month March 2020, the inflow has tapered down significantly and was negative for the month of July 2020.

It was the first time after March 2016 that the net inflows into equity dedicated funds turned negative. Nonetheless, gross inflows have remained intact and increased by 3 per cent sequentially in July 2020. What led to negative net inflows in July was 23 per cent increase in redemption. As markets saw a rally of more than 50 per cent from their recent lows, many investors preferred to book profit, which led to a rise in redemption. Nevertheless, talking to experts and market participants, it seems that many high net worth individuals (HNI) have redeemed from equity MF schemes and are now directly going to the equity market instead of taking the MF route. The impact of this is also visible in the monthly SIP numbers. 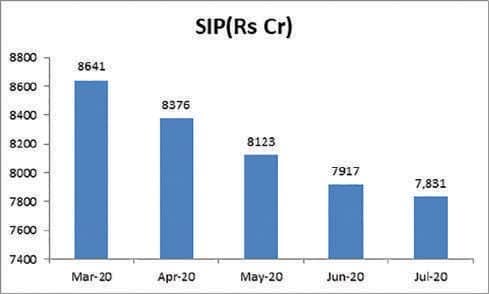