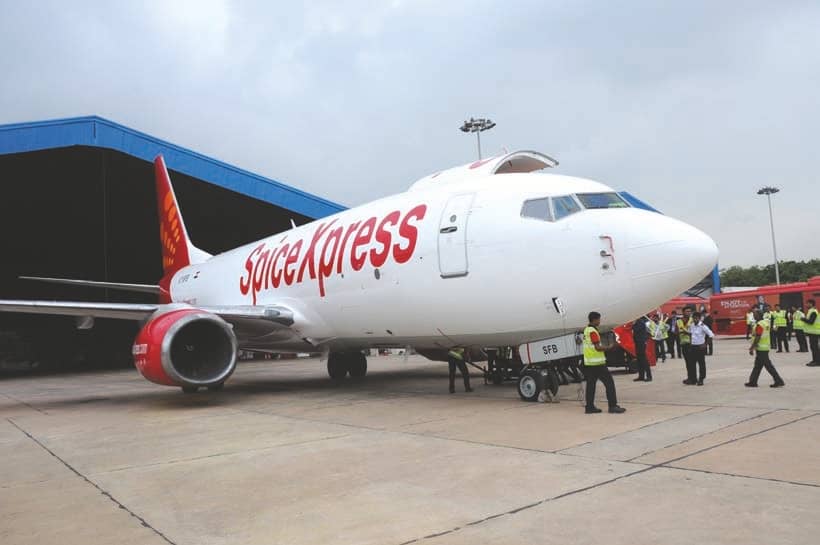 IndiGo and SpiceJet have been focusing on boosting cargo and have witnessed success. Today, quite a large percentage of cargo – domestic and international – is being handled by the two carriers. A report.

Low-cost carriers are not yet singing their way to the bank – well, not yet. But they could well be – yes, even in this worldwide season of downturn. And, all this due to cargo.

Take the case of the barely year-old SpiceXpress, the cargo division of SpiceJet. A couple of months ago, when Chairman Ajay Singh announced that he planned in the next one year or so to launch shares in an initial public offering (IPO) of its logistics business, it did not surprise the industry. Air cargo – thanks to the booming e-commerce market helped in large measure by the likes of Amazon and Walmart – provides the much-needed boost in an otherwise difficult passenger market where rock-bottom fares are normal and every rupee has to be fought for.

Witness the figures: Ecommerce sales in India will grow to a whopping $72 billion by 2022 from the $32.7 billion in 2018, according to research firm eMarketer. A large part of that will be taken away by Amazon while Walmart and Reliance of Mukesh Ambani, Asia’s richest man is apparently working on an ecommerce venture that could dwarf many others.

While announcing the IPO, Singh pointed out what was going for SpiceXpress: “We have a country of 1.3 billion people, one of the fastestgrowing economies in the world, and we have very few air logistics players. We think that there’s a good space for us.”