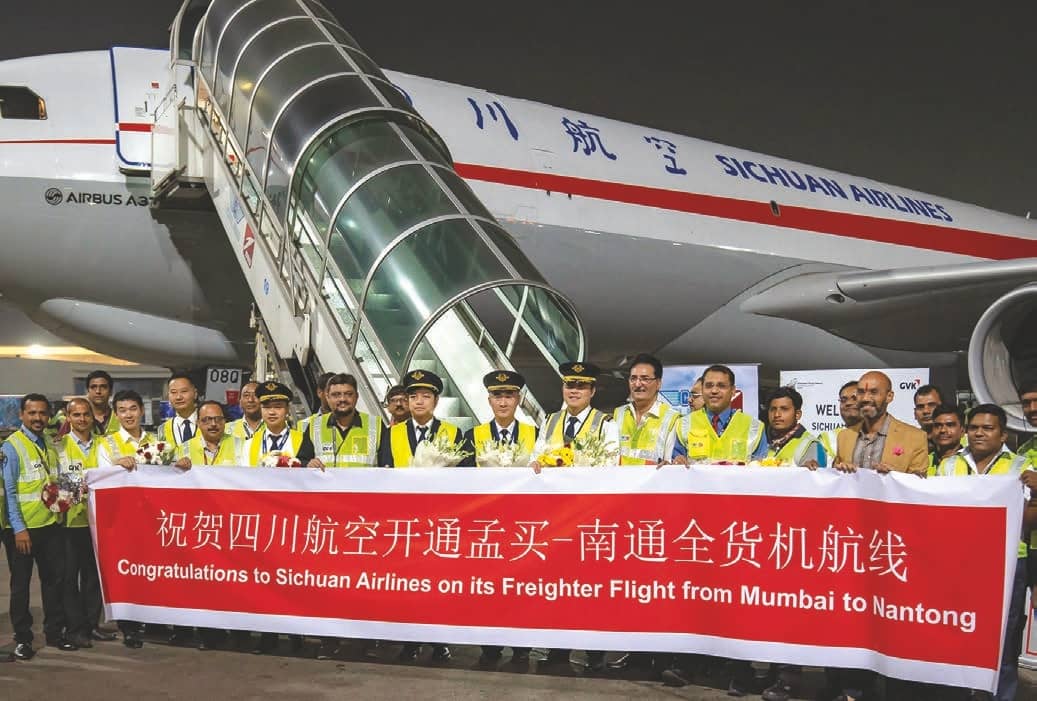 Bharat Thakkar takes a look at the present dismal air cargo scenario but predicts that the sector’s stakeholders will be able to ride out the turbulence.

Bharat Thakkar
Let us look back at 2008 Lehman crises and there after the global melt down, India did well during those years and so did our exports and the Indian forwarders who I call ‘unsung heroes of the economy’. These heroes came out smiling then and will do so now as just in time requirement of high value products will continue as always to fly by air and in 2020. Customer expectations are increasing and they are comparing services with integrators. Indian forwarders have to strengthen their last mile with help of network and technology to bypass any further speed breakers not experienced in the past.

Keeping that in mind, let’s take a look at air cargo forecasts. One such — through the double exponential smoothing (DES) method – has predicted that Indian air cargo volumes till 2020 would rise to 3.59 mn tonnes by the end of the year FY 2019-20. Another projection, this time made through trend analysis, reflected a figure of 2.23 mn tonnes.

Indian aircargo tonnage, however, passed around 3.70 mn tonnes in financial year 2019, a 7 per cent growth rate. It is pertinent to note that our industry should grow by at least 8 per cent a year to achieve the MOCA goal of 10 mn tonnes by 2030. What is, however, worrying is the fact that during the first seven months of the fiscal (April-October), exports contracted 2.2 per cent, while imports shrank 8.4 per cent leading to a trade deficit of $95 bn.

Air cargo slipped into the reverse gear through the year and there are — as yet — no indications of it improving. Nor are there any signs of increase in demand, though it’s early to predict if the first quarter of 2020 will see the demand growing.

And, wait! There’s more bad news. The International Monetary Fund (IMF) has downgraded its forecast, with global growth now projected to drop from 3.6 per cent in 2018 to 3.2 per cent in 2019 and a slight increase in 2020 to 3.5 per cent. Despite the somewhat positive outlook for 2020 in comparison to 2019, SeaIntelligence pointed out that global growth was still projected to be lower than both 2017 and 2018.

Citi’s economists are expecting global economic growth to be in the range of 2.9 per cent year-on-year for both 2019 and 2020. However, the investment bank’s global trade war simulations suggest global growth could slow to a rate of 2 per cent year over year in just 12 months if trade tensions escalate on a broad scale. In such a scenario, the bank warned it would “dramatically” lower global growth forecasts.

The forecasts notwithstanding, did anyone foresee US-China tensions, a deterioration in global trade and weakness in key economic drivers?