High Above The Ground 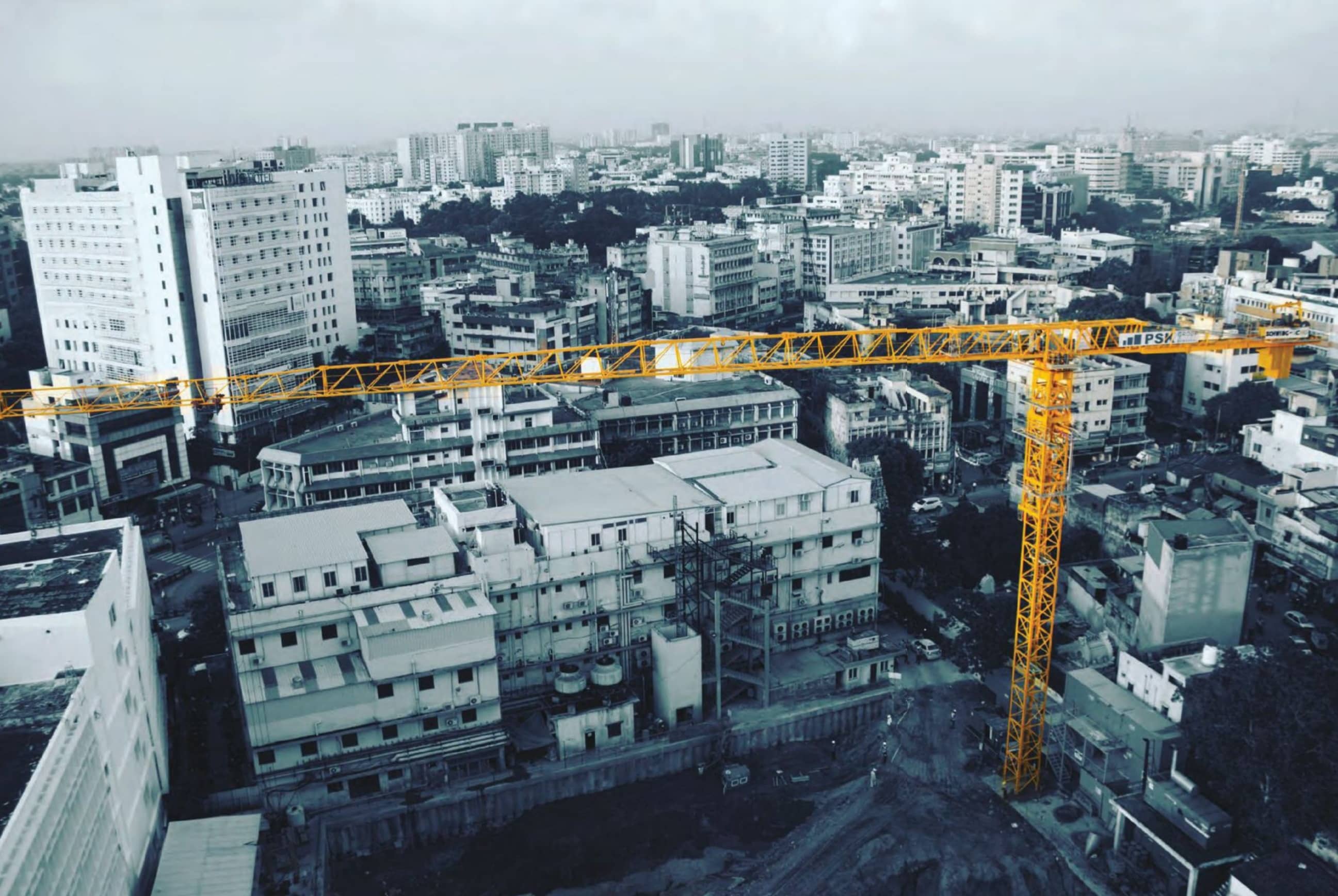 The dip in real estate is allowing tower cranes to flourish in the infrastructure segment.

Tower cranes have ubiquitous across skylines in most major cities. In fact, they are a common fixture at any major construction site. They’re pretty hard to miss as they rise hundreds of feet into the air, and can reach out just as far. At construction sites, the crew uses them to lift steel, concrete, large tools - like acetylene torches and generators, and a wide variety of other building materials.

Developers and site workers consider them as miraculous tools of efficiency, allowing for construction work at extreme heights. In many cases, during the construction of skyscrapers and high-rise buildings, a tower crane actually paves its own sky-bound path: as it creates higher levels of a building above itself, the crane is elevated to the newly constructed higher levels via a hydraulic cylinder at its base. This continues until the tower crane reaches the building’s peak, where it constructs smaller derricks that disassemble it so it can return to the ground.

Over the last few years, with the advent of technology, the tower cranes is back in demand. VG Sakthikumar, MD, Schwing Stetter Sales & Services; Convener for Membership committee, ICEMA; and Chairman of Mechanization committee, BAI, says, “After a long gap of nearly 2-3 years, the tower crane market is again gearing up due to RERA implications in real estate and new affordable projects. This is also due to a rise in major government projects like bridges, metro projects, smart cities, etc. A number of specialised applications brings bigger capacity tower cranes again in demand.”