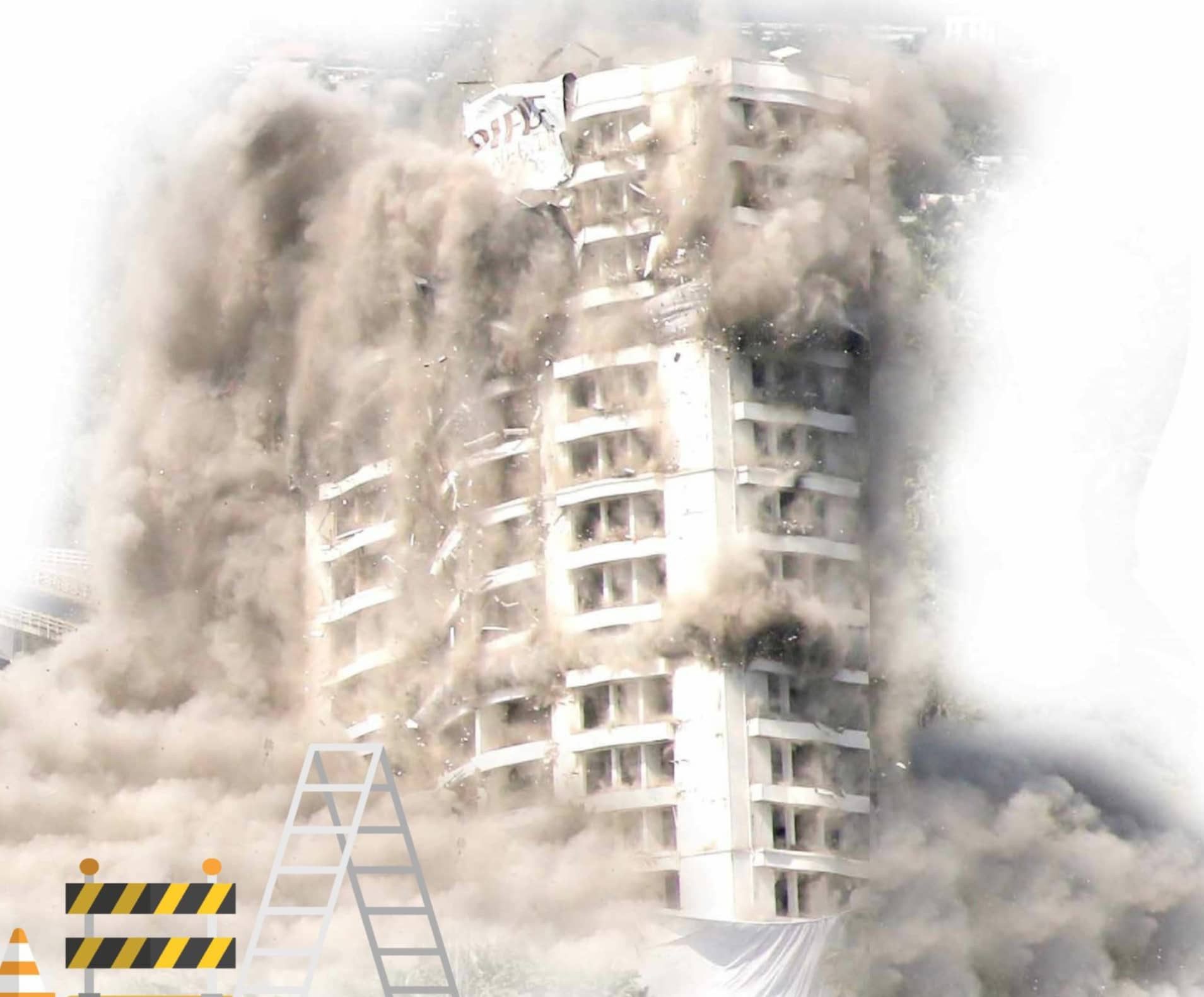 The dream of owning a waterfront apartment offering an incredible view of the Kochi backwaters, that feeling of finally accomplishing something so big- an incomparable feeling! But what happens when you see it all falling to dust- right in front of your eyes?

This story begins back in 2006 when Kochi’s CPM-ruled Maradu Grama Panchayat granted five waterfront apartment permission for construction along the picturesque backwaters. Spread out over a 68,028.71 square meters in Maradu were 343 flats in this five-building holiday Heritage, Kayaloram, Alfa Ventures, Holy Faith, Jain Housing. Holiday Heritage eventually went on to scrap their project.

Since the permission was granted, within a nine-month period, the Panchayat issued a notice to the builders with a Kerala Coastal Zone Management Authority (KCZMA) directive. It said that the site is under the CRZ-III vulnerable category wherein, 200 meters from the coast, construction is prohibited and was in violation of the Coastal Regulatory Zone (CRZ) rules. Under KCZMA directives, it is mandatory for self-government bodies to get clearance before approval of construction in coastal areas but the Maradu Panchayat had failed to forward an application for the CRZ permit of the five complexes.

The norms of the CRZ were framed under the 1986 Environment Protection Act’s Section 3 which uses scientific principles to promote sustainable development. For areas falling under CRZ-III, construction is prohibited 200 meters from the coast and for those under CRZ-II, the regulations state construction should not be allowed 50 meters from the coast.

The Supreme Court’s involvement in the case began in 2007 with the builders applying for an interim stay order from the Kerala High Court. They then completed construction before selling the flats. In 2016, the Coastal Zone Management Authority approached the Supreme Court arguing that the construction permit was issued to the panchayat without consulting them. A technical committee was formed by the apex court to get an insight into the issue.

On May 8th, 2019, the Supreme Court deemed the decision of the Panchayat granting permission for the construction illegal, thereby ordering its demolition.

CRZ violations are not to be taken lightly- natural calamities occurring around the country indicate its urgency. Natural calamities aside, the Supreme Court’s decision to demolish the five Maradu residential complexes stirred up a political storm in Kerala.

What the residents had to say

The decision left 326 families displaced, notices to vacate their flats were thrust upon them on September 14th. It isn’t easy to leave everything you have worked so hard for, giving it all upon receiving notice. So, they stay put. They stood their ground and refused to vacate voicing their concerns that it was in violation of their rights to live. The homeowners were finally granted a compensation of Rs 25 lakhs.

What the builders had to say