WHEN A PATIENT needs to consult with Bruce Cohen, the high-risk pregnancy physician knows it’s important to be accessible. The Boston resident has developed a system over the past few years that has enabled him to “see” patients in Winter Haven, even when he’s in Massachusetts and vice-versa.

Thanks to video camera enabled computers, Cohen connects regularly with patients who aren’t physically in the room with him.

“I would always go there at least one day a week, as well, so there’s been a combination of onsite and telemedicine,” he says. “This was a way I could keep seeing patients in Boston and at the same time branch out.”

Formerly a longtime faculty member at Harvard Medical School, Cohen operated a maternal-fetal medicine practice based in Naples, Florida, as well. Juggling locations became almost a non-issue once he eased into telemedicine. “I just thought, ‘Wouldn’t it be nice to extend services to those who otherwise would not have access?’” he says.

“Some of my patients are socio economically disadvantaged — people who otherwise would not have these services.” 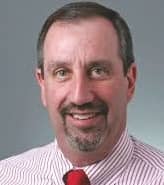 A look at Cohen’s biography gives a clear picture of his ability to be in several places at once. From1996 to 2010, he was on the faculty of Harvard Medical School and was an attending physician at Beth Israel Deaconess Medical Center, where he was appointed division chief of maternal-fetal medicine and director of maternal services.