UP AGAINST THE ODDS 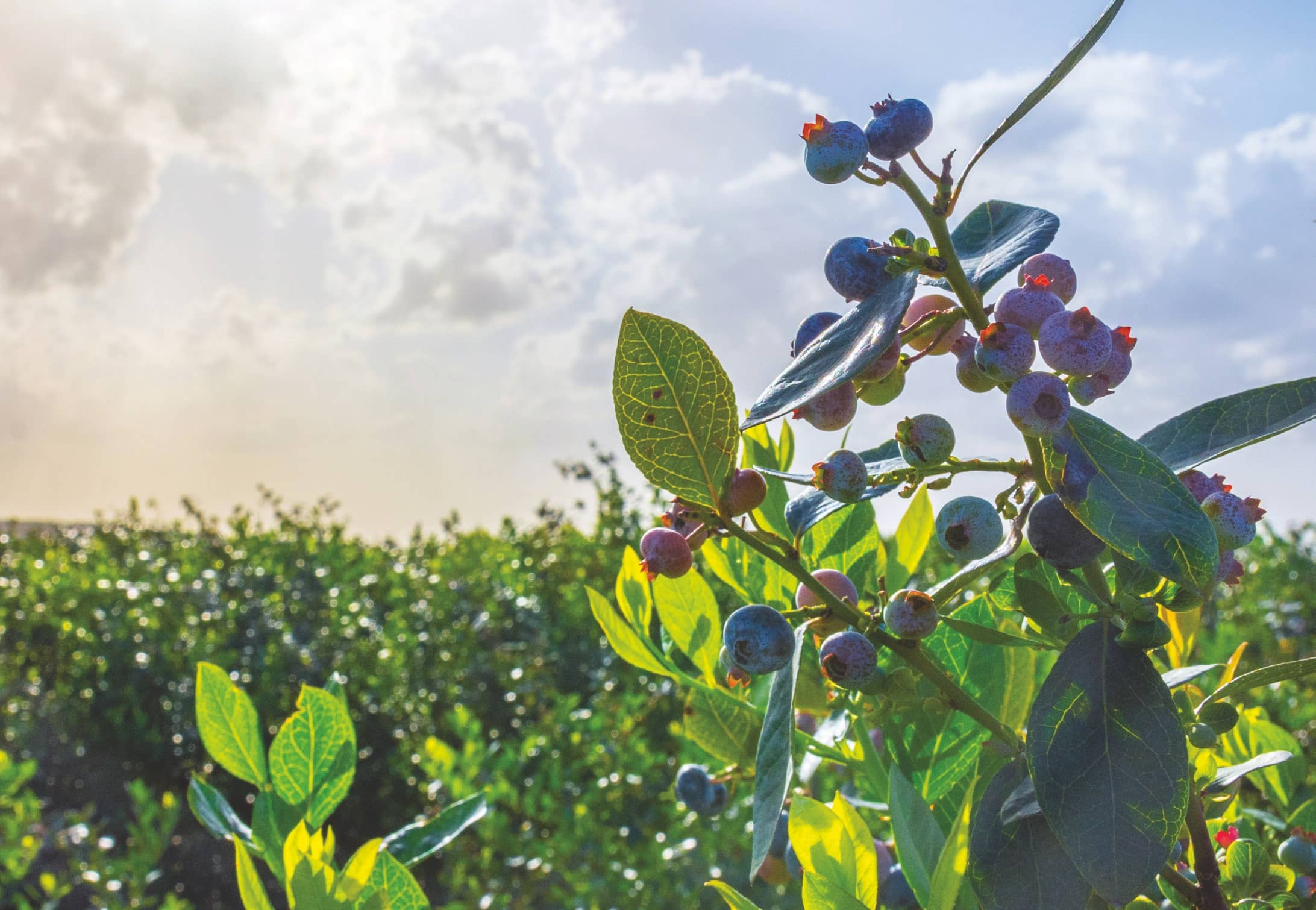 IN LATE MARCH, blueberry farmer Bobby Barben said he wasn’t sure what to expect for the 2020 Florida blueberry growing and harvesting season but it was “fine, so far.”

But as the COVID-19 virus continues its relentless spread around the globe, across the United States and into Florida heartland, it became more evident how the March to May season had gone.

“It turned out to be bad,” Barben says. Barben, who owns the 85-acre Barben Farms in

Avon Park, cites the ongoing coronavirus crisis and the United States-Mexico-Canada Agreement — a modern renegotiation of the North American Free Trade Agreement – as two of the primary reasons for a less-than-stellar blueberry harvest at his farm, which makes up part of the state’s approximately 5,000 acres of blueberries.

“We got the majority of our labor, but the movement on products slowed way down due to grocery stores and things of that nature being shut down and people going to the grocery stores probably weren’t buying perishable items,” Barben explains. “But the big deal was they kept letting foreign fruit into the United States and whatever market was out there, they just collapsed it to where the movement in sales really fell.”

According to the Florida Blueberry Growers Association, the 2020 season yielded 17 million pounds of harvested blueberries. Brittany Lee, association executive director since August 2019, says the yield projection for 2020 was 24 to 25 million pounds based on pre-season data, but the coronavirus adversely affected that projection.

In 2019, 22.7 million pounds were harvested from Florida blueberry patches, according to Lee, who owns 86 acres just outside of Gainesville.