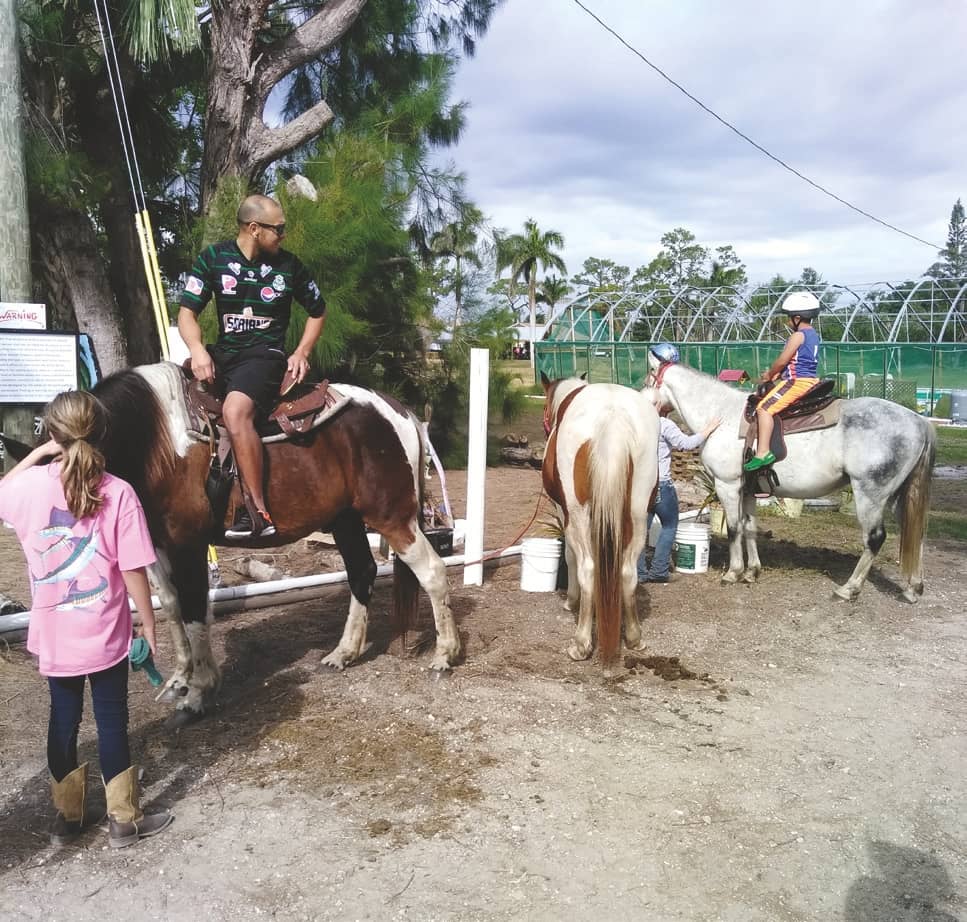 AT ONE TIME, the area saw its fair share of birdies and eagles; now, it’s home to goats, chickens, horses and other livestock animals.

What was once a Lake Placid golf course is now a vibrant farming-and-arts community of filled with aviaries, farmers’ markets, vendors, games, artwork, a petting zoo and open land for games and adventure for locals and tourists.

Opened in 2015 by Jacques and Yvette LaRoche, EcoVenture LLC is a 75-acre community farm and art facility run by volunteers and used to promote farming, environmental sustainability, holistic and natural living, art and a bond with the outdoors.

The LaRoches, natives of Haiti, spent 50 years as interior designers in Montreal, Canada, and Miami. Jacques LaRoche, who moved from Haiti to Montreal, says he and his wife retired in 2008.

Once in Miami, LaRoche, 70, said they decided instead of “staying home,” they would start a nonprofit organization called Unique Coalition of Minority Businesses (UCOMB) to help minority-owned businesses. That nonprofit operates separately from EcoVenture, which emerged from the LaRoches’ love for the outdoors.

“Nature is something we always need. In high school in Haiti, there was a nature area to rest on the grass and read; I used to go with my girlfriend that became my wife,” LaRoche says reflectively. “I left Haiti and went back and everything was destroyed, no more green space or park. So, I said, ‘One day, I will do something to get the kids off the streets and not get involved in crime or drugs.’ ”

The idea to get into showing and preserving nature came through the LaRoche’s daughter, Tatiana LaRoche – now a lawyer in India — who saw a similar eco-operation on a trip to India.