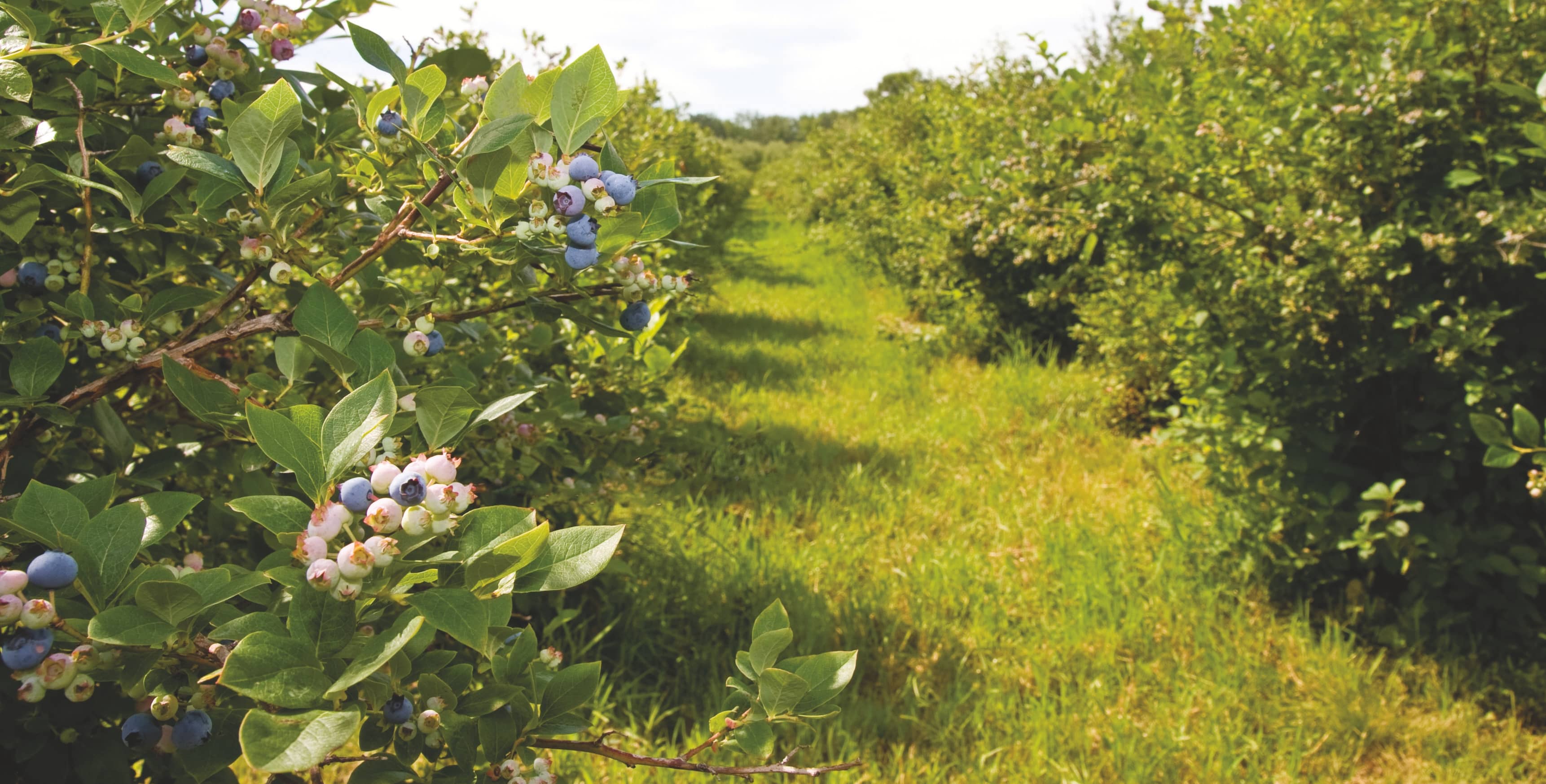 BLUEBERRIES MADE IT FROM FARM TO TABLE in the U.S. in 1916, when the first commercial crop of highbush blueberries was harvested and sold out of Whitesbog, NJ. While the blueberry boom continued to happen in the northern, cold climates, it was not a crop considered suitable for southern farmers at the time. It took decades of research, strong partnerships, and some key agricultural pioneers to pave the way to Florida’s blueberry industry today.

While our history began with wild blueberries in the late 1800s, it was the research and breeding work of Professor Ralph Sharpe in the 1950s that allowed our industry to flourish. Sharpe began a low-chill blueberry breeding program at the University of Florida with the goal of developing plants that could be grown in the warm Florida climate and would ripen earlier than other available varieties. Recognizing that highbush types, rather than rabbiteye types, were required to accomplish this goal, he began working to combine traits from northern highbush cultivars with the low-chill and heat-tolerant native Florida species. Professor Sharpe and team trudged through their share of difficulties, mostly due to different chromosome numbers between the species, but reached successful hybridization. In 1976, the first southern highbush blueberry cultivars were released by Sharpe and Sherman named “Sharpeblue” and “Florida blue.” Although the berries did not ripen in April as desired, these cultivars essentially paved the way for warm climate blueberry production in Florida and worldwide.