A Call to the Country 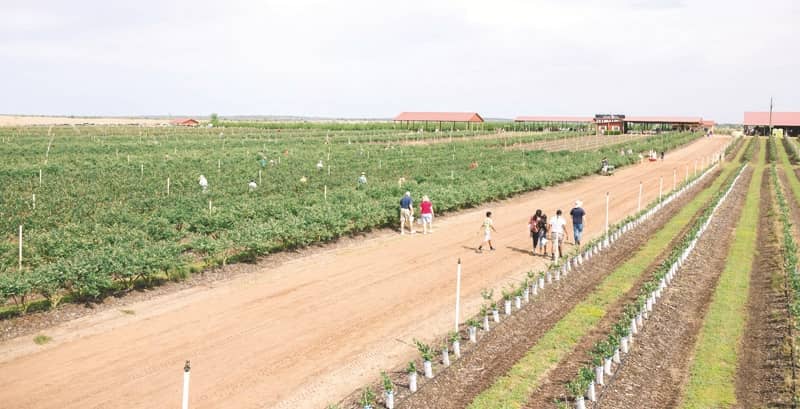 AGRITOURSIM HAS BECOME a big deal to Florida farmers in recent years. Now, more than ever, people are expressing an interest in where their food comes from, how it is grown and prepared, and wanting to pass that knowledge on to their children. Growers and ranchers are taking notice of this trend and opening their fields to the public for u-pick events, festivals, tours, social gatherings, and more. Southern Hill Farms in Clermont is one such farm capitalizing on this newfound fascination with agriculture.

A Southern Hill Farms is owned and operated by the Hill family – David and wife Lisa, and their sons, Michael and Kyle, and daughter-in-law, Brooke. The family has farming in their blood; Lisa’s grandfather was growing tomatoes, potatoes, corn, and strawberries in Virginia at the beginning of the 20th century. His youngest son, Billy, migrated down to Central Florida and began growing vegetable crops in Apopka. By the early 2000s, David and Lisa had started their own operation in Clermont growing ornamental trees.

In 2010, the Hills began to diversify their offerings and began planting their fields with blueberries. They only sold the blueberries commercially until 2014, when they decided to open their property up to community events. These days, Southern Hill Farms is known throughout the Central Florida area as the home of a beloved annual Fall Festival, farm market, u-picks, and more.